Recent times have been witness to the steady rise of nationalist regimes across Latin America. With a number of unprecedented landslide victories in the past years, concern has risen among many Latin American’s business leaders. Latin America’s C-suites are feeling increasingly squeezed by this resurgent nationalism at home and the possibility of tightened regulations and even indirect government expropriations, all against the backdrop of increasingly severe limitations on private businesses introduced by Latin American governments in response to the Covid-19 crisis. The combination of these factors has intensified concerns about the strength of the corporate rule of law and the durability of the capital base in a number of Latin America’s largest economies.

Boards of Latin American companies are increasingly struggling with the changing political dynamics (often phrased as a response to the global pandemic) and their impact on the business environment. As a general principle, these boards have a fiduciary obligation in the context of risk management to assess how best to protect continuity of their domestic and international business. In certain circumstances, a board may determine that the potential risks are significant enough to the business that it consider other jurisdictions outside of Latin America with:

At the same time, it has never been easier or more advantageous for Latin American corporations to tap into foreign capital markets, with compatible access to favorable tax rates, and improved governance structures abroad. More Latin American companies are listing on foreign exchanges at a time when a number of the key Latin American stock exchanges are in decline. Some corporations are contemplating the relocation of headquarters from a Latin American jurisdiction to one outside of the region. This form of ‘corporate migration’ enables companies to strengthen the continuity of their existing manufacturing or operational facilities in their domestic market while taking advantage of lower tax rates and more favorable legal and regulatory environments outside of Latin America, particularly in the United States and neutral jurisdictions in Europe, like Spain, the Netherlands, the United Kingdom, and Luxembourg.

That Latin American corporations are extending their gaze beyond the continent is not unexpected. Latin American businesses have read this script before. When a resurgent populist Argentina expropriated Repsol’s majority ownership of oil and gas producer YPF in 2012, then-President Cristina Fernández de Kirchner justified the move as a ‘recovery of sovereignty and control.’ After years of political and legal struggle, Repsol eventually settled for $5bn in bonds—less than half of what it claimed in damages. At present, the handful of similar expropriation cases resulting from the Venezuelan crisis only further underscores for concerned parties the importance of protecting assets under such populist administrations. Continuing to create jitters – Cristina Fernández de Kirchner was recently elected as vice president of Argentina.

Outside the region, meanwhile, opportunity knocks. Foreign listings on US exchanges, and even dual listings, generally do not cause the compliance headaches that many corporate managers dread. There is no requirement that a holding company be incorporated and listed in the same jurisdiction. Foreign private issuers benefit from more lenient reporting requirements and governance restrictions than US and many European publicly traded companies. For example, rather than adhere to US accounting standards, such entities often need only to disclose the manner in which their own accounting methodologies differ.

The process of corporate migration is supported by a raft of trade and tax treaties and a well-developed regulatory infrastructure. With these components in place, companies’ manufacturing and production operations can remain in their home base in Latin America even as they relocate their headquarters and corporate governance functions overseas. This process is complex, requiring companies to consider questions such as whether to migrate an existing company or place a new company, incorporated in the new jurisdiction, at the top of a Latin American company’s group.

Well-developed corporate law and governance regimes abroad make business outcomes elsewhere more predictable. A broad tax treaty network, with most following the OECD model treaty, largely protects companies from double taxation issues. The European network of bilateral investment treaties (BITs) offers protection against the potential nationalisation of business and other assets and a point of leverage in negotiations with State actors. It also promises binding arbitration before an international chamber such as the United Nations Commission on International Trade Law (UNCITRAL). All of these protections are brought further into relief by government action in Latin America as a consequence of the global pandemic. Many of the government measures enacted are attempting to balance competing economic and public health interests, the disruption they cause proportionate to the global health risk. However, measures that are taken for overtly protectionist reasons or that otherwise lack credible public interest justifications may constitute violations of foreign investor rights under Bilateral Investment Treaties. General counsel and board members should bear in mind the protections that may be afforded to their companies by international treaties in the current global crisis.

Some of the most favorable jurisdictions for listings and corporate migration include the United States—with Delaware and Nevada among the most popular places to incorporate—and the United Kingdom, Netherlands, Luxembourg, and Spain. Among the myriad factors to consider: shareholder activism, litigation risk, corporate governance regulations (such as residency requirements and board structure rules), debt-to-equity limitations, and investment protection precedents. In this time of heightened uncertainty, the law and consulting firms and banks that advise Latin American corporations would be well-served to examine the detailed contours of each regulatory environment and to assess how best to serve a Board when it considers its fiduciary obligations to manage risks in the interest of their business and its stakeholders.

The Latin American business community remains concerned about the rise of new administrations with a predisposition towards nationalized, state-run businesses and the compounding effect of government measures taken in the context of the global pandemic. Given the ease and promise of accessing capital through foreign exchange listings, and the legal protections inherent in corporate migration, we can expect to see more of Latin America’s business leaders exploring their options for doing business beyond the continent’s grasp.

The authors are grateful for the research and analysis for, and contributions made to, this article by associate Scott A. Nelson and former summer associate Rachel Miller.

The authors are partners in the Mergers & Acquisition practice at the global law firm Jones Day. Mr McGuinness is based in New York and Mr Mason is based in London and Amsterdam. 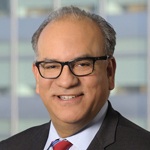 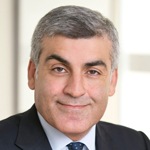