On 30 June 2011, the government published the long-awaited consultation document on reform of the controlled foreign companies (CFC) legislation. The consultation follows the announcement at Budget 2011 that the government would consult on full reform this year with new legislation to be included in the Finance Bill 2012.

The regime has been repeatedly criticised as being an impediment to the competitiveness of the UK’s tax system. Indeed, the government’s stated aim for reform is creating a more competitive regime, while providing adequate protection of the UK’s corporation tax base.

Another impetus for reform has been whether the legislation is compatible with EU law, which was considered by the European Court of Justice (ECJ) in Cadbury Schweppes plc v CIR [2006] . Following the ECJ’s ruling, the UK introduced some legislative amendments in Finance Act 2007. Despite these changes, in May 2011, the European Commission formally requested that the UK amend its CFC legislation, on the basis that it does not comply with EU law.

The purpose of the CFC regime is essentially anti-avoidance, broadly, preventing UK companies rolling up income in low-tax territories to avoid UK tax.

Currently a company is a CFC if it is:

Where a company is deemed to be a CFC, its chargeable profits for the relevant accounting period are calculated as if it were UK resident and apportioned amongst all persons who had an interest in it at any time in that period. Where the amount apportioned to a UK-resident company (and its associated and connected persons) is 25% or more of the profits of the CFC, that company is chargeable on a sum equal to the UK corporation tax that would be due on the profits apportioned to it.

There are a number of exemptions to the current regime including an exempt activities test, motive test, a de minimus profits exemption and a list of countries excluded from the regime.

The consultation document explains that the new regime will be targeted at situations that pose the highest risk of artificial diversion of UK profits and will ensure that genuine foreign profits are exempt from UK tax. The new regime will apply equally to entities resident in EU and non-EU jurisdictions. The consultation document specifies that the government considers that the proposed reforms are consistent with EU law, although it remains questionable whether the European Commission will agree with this assertion.

The new regime will operate in a similar way to the current regime. CFCs will be identified and then a number of exemptions will exist to exclude CFCs that do not give rise to an artificial diversion of UK profits. The government considers that the majority of overseas operations will be outside the scope of the regime.

Three stages to the regime are currently envisaged:

The government is not proposing to amend the definition of a CFC substantially and intends to maintain the existing lower level of tax threshold. Given that the main rate of UK corporation tax will be reduced to 23% by 2014, the government contends that a lower level of tax threshold of 75% is appropriate, since the regime will not apply if the applicable foreign tax rate is more than 17.25%.

A number of exemptions will be introduced to recognise that the majority of CFCs undertake genuine commercial activities that do not artificially divert profits from the UK. A CFC can meet whichever exemption is most appropriate and there is no requirement to apply the exemptions in a specific order.

The proposed exemptions are outlined below.

Akin to the existing de minimus exemption, this will be designed to remove CFCs that make low levels of profits and therefore, represent a low risk to the UK tax base.

This exemption will exclude CFCs that meet certain conditions and are located in jurisdictions with tax regimes that have broadly similar rates and bases to the UK. The government is reviewing three broad categories of territories to which the exemption may apply.

This will allow an exemption from the regime for a period of up to three years, where an overseas subsidiary comes within the scope of the rules following a reorganisation or change to UK ownership. The scope of this exemption will be similar to the exemption introduced by Finance Bill 2011 as part of the interim CFC reforms.

These exemptions will endeavour to exclude CFCs that undertake genuine commercial activities and do not constitute a significant risk of artificial diversion of UK profits. The government is proposing to introduce three territorial business exemptions, which contain a series of mechanical tests based on the CFC’s characteristics:

The government recognises that specific exemptions are required for the insurance and banking sectors and therefore intends to introduce specific rules to exempt their genuine overseas operations.

This includes a partial finance company exemption that will apply to overseas financing. The government considers that, by 2014, generally, this should result in an effective UK corporation tax rate of 5.75% on profits from overseas intra-group finance income. The consultation document questions whether it could be appropriate to offer full exemption for overseas finance income in certain circumstances.

Essentially, this exemption will fulfil the same role as the current motive test, considering the facts and circumstances to assess whether the CFC’s profits have been artificially diverted from the UK. The consultation document suggests that where the diversion of UK profits is tax driven, it will be deemed to be artificial. However, the government states that unlike the current motive test, there will be no default assumption that profits would have arisen in the UK. Businesses will be able to apply for a non-statutory clearance from HMRC that a CFC satisfies the exemption.

Where a CFC charge arises it will be proportional to the UK profits that have been artificially diverted. Genuine foreign profits will be outside the scope of the regime. The workings of the new rules and the self-assessment requirements will largely remain unchanged.

The government may have established the framework for full CFC reform, however the precise detail and mechanics of the rules remains uncertain and will be determined over the coming months. 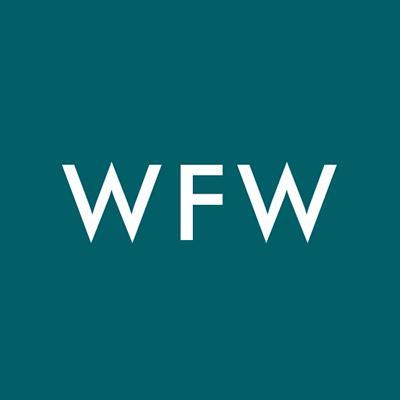 ‘Pay when paid’ or not? Lessons in commercial contract drafting

END_OF_DOCUMENT_TOKEN_TO_BE_REPLACED

Amendments to Dutch telecoms law restricts the use of cookies

On June 22 2011, the Dutch parliament adopted ten out of eleven amendments to the Telecommunication Act in order to implement revised European privacy, electronic communications and telecom directives. Only the amendment on internet access as a universal service was rejected. With these measures, the Netherlands will most probably become one of the first countries …

END_OF_DOCUMENT_TOKEN_TO_BE_REPLACED

An approach to IP benchmarking

A recurring theme in conversations with our clients is how their approach to IP protection, management and enforcement compares with that of other rights holders. If this is a question you have ever considered, you will know that obtaining the information necessary to make the comparison is far from easy. There are a number of …

END_OF_DOCUMENT_TOKEN_TO_BE_REPLACED

An overview of UAE agency law

UAE Agency law impacts upon many different aspects of commercial life in the United Arab Emirates. The governing law, Federal Law No 18 of 1981 (the Agency Law), is extremely broad and captures commercial activities ranging from a classic principal/agent relationship to franchising and distribution agreements. The Agency Law is a framework that serves to …

END_OF_DOCUMENT_TOKEN_TO_BE_REPLACED

Public outcry against corruption is a worldwide phenomenon today. Voices of citizens in India demanding a corruption-free state have also soared to extremely high decibel levels. Recent high-value scams have further contributed to the increased public awareness. Newspapers and television channels have been full of reports pertaining to scams of alleged misappropriation and misapplication worth billions …

END_OF_DOCUMENT_TOKEN_TO_BE_REPLACED

Are parties able to rely on their own breach of contract?

The courts are regularly asked to imply terms into contracts, and will do so where it can be found that such an implication would reflect the true intentions of the parties. In certain cases, the courts are assisted by rules of construction that create a presumption against a particular intention of the parties. One such …

END_OF_DOCUMENT_TOKEN_TO_BE_REPLACED

On the day that the Bribery Act 2010 (the Act) came into force, Richard Alderman, director of the Serious Fraud Office (SFO), gave an exclusive interview to the Daily Telegraph. In the interview, Mr Alderman set out his hard-line approach and highlighted the SFO’s intention to take a much stronger stance with enforcing the Act …

END_OF_DOCUMENT_TOKEN_TO_BE_REPLACED

Mid-July saw the chill winds of EU infringement procedures blow across much of Europe. The European Commission took first steps in proceedings against twenty EU member states for their failure to fully implement into their national laws new telecoms rules that amend Directive 2002/58/EC (the 2002 Directive) in relation to the use of technologies that …

END_OF_DOCUMENT_TOKEN_TO_BE_REPLACED

Corporate risk and reputation: the brand, consumer trust and the media

Consumer engagement, particularly online, is key to creating and maintaining trust in a brand. Post-recession distrust means that brands have to carefully consider their reputation risk strategy. Developing a risk strategy to prevent a crisis is key to ensuring that the company, and those at its helm, are well prepared for any activity that could …

END_OF_DOCUMENT_TOKEN_TO_BE_REPLACED

In Spring v Guardian Assurance [1995], the House of Lords held that an employer who provided a reference owed an employee a duty to take reasonable care in the preparation of that reference. Therefore, failure to do so could lead to a claim for negligence if the employee suffers damage as a result. HR departments …