David Boyd, partner in Eversheds Sutherland Consulting and previous head of banking for the firm talks about the changes in the legal market and how solutions deemed ‘new law’ are becoming the future in the way legal teams work.

Can you give us some insight into your background?

I joined Slaughter and May in 1991 and qualified in 1993 spending five years there post-qualification in London and New York as a corporate/banking lawyer. I moved to Australia in 1998 and became a banking partner at Allens Arthur Robinson in 2000. I joined Eversheds Sutherland’s London office in 2002 and have been there ever since becoming head of banking before moving to the firm’s consulting division in 2014 where I am one of the partners.

Why did you make the move over to ES Agile/ES Consulting?

I was ready for a change having been a banking lawyer for many years (I had run out of energy for the typical transaction – Friday pm kick off closing in three weeks) and through my broader client relationships was becoming increasingly aware of significant challenges being faced by in-house teams. Our consulting division had begun to become more visible to me as this was developing a niche offering to the market which was hugely relevant and only set to become more so. I have not regretted the move for one minute as this is an extremely exciting, fast-growing business which is only becoming of more interest to our clients. It is aligned closely to the firm’s overall client relationships and taken together with the firm’s traditional and growing legal strengths it is a very powerful all-round proposition. I operate across our consulting products but have a particular focus on our interim lawyer/compliance/HR professional business ES Agile.

What have been the key trends impacting in-house teams in the last three years and how has the market reacted?

There was considerable growth in in-house teams post financial crisis as companies responded to increasing cost pressure and a perception that external law firm fees had become excessive.

The last three years or so has seen a reappraisal of this strategy. In-house teams have become subject to much greater scrutiny from the business requiring them to demonstrate value both from a cost perspective and a risk management perspective particularly in light of ever increasing regulation across many sectors. They are now looking at their operating model – what they do (and don’t do) and how they do it, their location, their team shape, their skill sets, their cost and the insource/outsource dynamic.

There has been a huge growth in the legal COO function, a developed concept in the US market but almost unknown in the UK market three years ago. Our consulting arm ES Consulting has never been busier supporting in-house operating model review and transformational change.

As you would expect the market has reacted to this and in-house teams now have a broader range of options at their disposal. Instead of assuming that everything was either done in-house or outsourced to traditional law firms, there are now interim lawyer providers in the market such as ES Agile providing temporary in-house support in ever more flexible ways. This allows in-house teams to budget and plan an in-house strategy that has a mixture of permanent and interim resource in the model.

On the outsourced side, again there are high-quality managed services options in the market supporting higher volume workflows or large contract remediation projects such as ES Ignite. These are often heavily tech-enabled, allowing in-house teams to leverage greater technology investment by those providers and avoid the challenges of implementing tech solutions internally which can often be very slow and expensive.

Having said that, legal technology has moved on considerably, even in the last 18 months and while being increasingly utilised by outsource providers it is also being seriously considered by in-house teams to manage workflow, produce documents and more latterly review documents through use of AI. We are being engaged on a greater number of legal technology-focused consulting projects with the consequential spike in interest around our matter management for in-house teams solution ES Unity.

How do you see these trends developing?

As the legal COO function has matured in the UK I am seeing a very recent and considerable increase in the desire to implement transformational change across the in-house function – instead of around the edges in-house teams may be required by their organisations to compete more squarely with the other offerings in the market to show where they are best placed to deliver value.

This in itself will drive the other markets and products and flexibility of solutions as external providers determine where they are best placed to support the development of optimised operating models by in-house teams. This is a key focus for us in ES Consulting and we are constantly reviewing and developing our product range and the interaction of those products to ensure we remain at the cutting edge of market changes.

An example of this is in transitioning work to or delivering work from within our managed service ES Ignite can often involve specialist ES Agile lawyers being placed to help design the solution and/or for escalation points.

While an integral part of this overall change, it is worth drawing out the specifically legal technology advances and noting that I would expect these to continue apace. While AI for document review was, up until recently very rudimentary in its application to legal documentation, there has been considerable advancement and it has quickly become a reality.

This rapid change makes it difficult to predict where we will be in six months never mind three years but the most successful in-house teams will have a strategy and structure around keeping abreast of the market with the ability to move quickly, whether with their own technology or through outsourced providers. 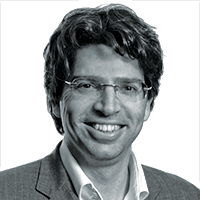 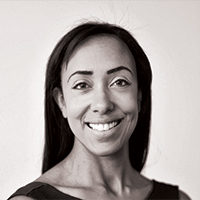