In the last few years, Egypt witnessed the entry into force of new laws and the issuance of some long-awaited amendments to other legislations.

The Egyptian courts also continue to demonstrate their arbitration-friendly stance, especially towards the annulment and enforcement of foreign arbitral awards. While many recent judgments issued by the Egyptian Court of Cassation illustrate a deeper understanding of the specificity of arbitration, there remains some uncertainty as to more progressive arbitration concepts that may affect ongoing practice.

In this article, we will shed light on some of the recent legislative developments and the new trends that are affecting the dispute resolution market in Egypt.

The latest amendment to the Economic Court’s system is another leap towards solving the chronic problem of delayed litigation procedures in Egypt.

A first step towards digitalising litigation practice in Egypt

The long-awaited amendment to the law establishing the Economic Court saw the light of day in mid-August. While the new amendment expands the scope of competency of the economic courts to cover new business and finance activity, the most salient feature introduced by this amendment is the ability to file cases electronically and complete certain procedures online.

Since its establishment in 2008, the Economic Court was proven more effective and efficient in solving disputes compared to the backlogged civil and commercial courts. The Egyptian judicial system has always suffered from delays in litigation procedures, often lasting for years. The establishment of the Economic Court aimed to overcome this chronic problem and the new amendment seems to be another step towards modernising the practice before the courts by introducing this wave of digitalisation.

By achieving this step, Egypt is becoming one of the pioneer jurisdictions in the region and the African continent to adopt an electronic litigation system that will surely result in the resolution of disputes in a timely manner once it enters into force.

The said amendments also aim to promote mediation and conciliation by the Economic Court at the preparatory phase of the proceedings and before the case is referred to a bench judge.

The parties to any dispute subject to the jurisdiction of the Economic Court may now refer their dispute to a judge within the newly-established ‘preparation and conciliation department’ instead of filing a case. If the parties reach a settlement agreement, a judge from the said department helps the party to conclude a settlement agreement that will be considered as a writ of execution.

The choice of dispute resolution mechanism can be complex, it largely depends upon a number of factors including whether the judgment or arbitral award will be enforceable in the jurisdiction where the defaulting party has assets, as well as the perceived need for interlocutory remedies, anti-suit injunctions, multi-party solutions and confidentiality.

It is a common practice in most of facility and finance agreements to include an arbitration agreement in addition to a one-sided option clause allowing one party – usually the lender – to litigate before the English courts.

These hybrid dispute resolution clauses can create uncertainty rather than pragmatism if brought before Egyptian courts. Although the method of dispute resolution is prescribed, the mechanics of its operation are – most often – not.

The Cairo Court of Cassation has recently dismissed a challenge against a judgment rendered by the Cairo Court of Appeal in the annulment proceedings of an award where the underlying contract provided for the jurisdiction of Egyptian courts and an arbitration clause at the same time and without any delimitation. More interestingly, the arbitration clause provided for the referral of disputes arising from the underlying contract to two arbitration centres, one of them ceased to exist and the other was inexistent.

While this is not a typical – or even well structured – hybrid dispute resolution clause, it is noteworthy that the Cairo Court of Appeal has decided that, in case of the presence of two contradicting jurisdiction clauses in any contract (ie, arbitration and courts), the arbitration should be considered as a ‘special exception’ that prevails over the ‘general jurisdictional nature of the courts’ competency’. This judgment contradicts the Cairo Court of Appeal’s previous position in a similar case where it considered that the arbitration agreement constitutes an exception to the parties’ right to refer their disputes to their juge naturel, which validity requires a clear and unambiguous agreement to the arbitration. The Court annulled the arbitration award for the absence of a valid arbitration clause.

In a recent judgment issued by the Court of Cassation, a request for the extension of an arbitration agreement to a non-signatory party has been rejected. This judgment comes almost 14 years after the last time the High Court in Egypt took a stance towards the concept of extension.

While the judgment confirmed that an arbitration agreement cannot be extended to a mere witness to the contract or to a mere guarantor of his own obligations provided under another separate contract, the Court of Cassation accepted the ‘group of companies’, ‘group of contracts’, ‘universal succession’ and ‘assignment of rights’ as valid grounds for the extension of an arbitration agreement to a non-signatory.

This long-awaited and welcome clarification by the Court of Cassation will surely impact and encourage the practice of arbitration in different sectors, especially the oil and gas industry. This judgment is also clear evidence of the efforts by the Egyptian courts to follow internationally-accepted trends in arbitration and in creating a more favourable arbitration environment in Egypt. 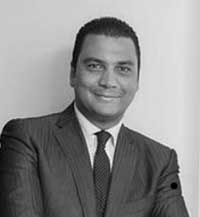 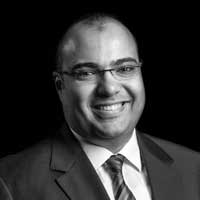