The principles that preside over employees inventions in France are well defined by the law. Indeed, article L611-8 of the French Intellectual Property Code (IPC) clearly defines the rules of ownership of invention and remuneration, for various situations, which differ depending on whether the employee has an inventive mission or not.

In particular, when the invention is developed by an employee whose role includes an inventive mission (for instance according to the job description in their employment contract or when they have been entrusted with a specific project of research or development):

As a matter of principle, such additional compensation should be set beforehand, either in the employment contract or through sector-wide or company-level collective bargaining agreements.

The principle of additional compensation cannot be subject to a condition that is not mentioned in the law, such as the filing of a corresponding patent or the commercial success of the corresponding product. Any agreement that provides otherwise should be held null and void.

The absence or inadequacy of such additional compensation does not affect the ownership of the rights on the invention by the employer. It may however give rise to compensation claims from the employee, either before the National Employee Invention Commission (CNIS) that is a conciliation commission having specific jurisdiction for this purpose or before the Paris Court of First Instance that has exclusive jurisdiction over patent-related matters.

Hence, actions on the basis of the above article L611-8 of the French Intellectual Property Code are launched by employees who:

French courts have thus had numerous occasions to provide clarifications about the implementation of the law in this respect.

A large part of the case law relates to the criteria to be taken into account for defining adequate additional compensation – the legislation is silent on this point.

The courts adapt their assessments to the specifics of each case, in view of several criteria that have evolved over the decades.

In a general standpoint, the court now takes into account i) the general context of the research, ii) the economic interest of the invention, iii) the personal contribution of the employee, and iii) the difficulties in the process (Paris Court of Appeal, Pôle 5, Ch 2, 2 mars 2018).

Another question that has been ruled on by the court was the starting point of the three-year time period after which the amount of the additional compensation can no longer be challenged. It has recently emerged from case law that the employee is no longer able to trigger the corresponding action three years after being provided with the elements necessary to trigger an action for payment of the additional compensation (Paris First Instance Court, 3ème Ch, 2ème Section, 23 mars 2018).

Difficulties arising from the transfer of rights over the employee invention

In view of this legal background, the transfer of rights for inventions made by employees gives rise to specific legal and financial risks.

This is not only sensitive from a litigation perspective, but also in matters of corporate organisation, when the ownership of intellectual property rights is structured within a group of companies, as well as for any transaction that involves inventions, whether or not protected by patent rights.

Difficulties may arise when the invention is assigned to a third party or another entity of the group of companies.

Recently, the French Supreme Court took up a legal position on this question: How should the situation between the employee of the assignor and the assignee be addressed?

In this complex case, the Supreme Court held that the acquisition of rights on invention does not grant the assignee with the status of beneficiary of the employer. The court further explained that, in reply to the employee inventor seeking ownership of the patent, the assignee has no ground to assert that it holds rights by the effect of mission invention, as per Article L611-8 of the IPC.

Given that the facts of this case are very complex, the scope and outcome of this decision have been debated since it was made on 31 January 2018 (French Supreme Court, 31 January 2018).

Many professionals awaited the decision of the Paris Court of Appeal in charge of implementing the legal principle set by the Supreme Court to the case and facts at issue.

The Court of Appeal made clear that the employee has no standing in claiming any ownership against the assignee since the invention was made in accordance with an inventive mission, and thus belonged ab initio to their employer.

Then the Court shifted the focus of the debate on ownership in order to check whether the assignee legitimately owns the right from the prior employer.

The ownership and compensation claims raised against the assignee have been rejected since it has demonstrated that the rights on the invention and patent were held legitimately, from a clear chain of ownership.

The employee who has no standing to act against their employer will have no basis to claim anything from the assignee of the rights on the invention.

In light of the above, it is highly advised to implement a clear internal employee invention policy and to pay stronger care and attention to transferring ownership of employee inventions, whether patented or not, as well as to the declarations and warranties they should include. 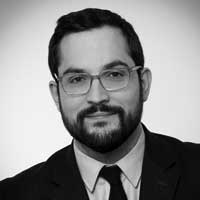