Money laundering represents one of the key challenges in the fight against serious crime, especially considering its stealth nature as well as its cross-border dimension. There is an underlying link between money laundering and other crimes, such as corruption offences, human trafficking, drug trafficking or the financing of terrorism. One of the most significant and alarming issues to be taken into consideration is that money laundering supports the development of other serious criminal activities and also allows and encourages the growth of organised crime enterprises.

Romania, as a member state of the European Union, is committed to taking the required measures to prevent and tackle this form of criminality, by transposing the EU’s relevant set of directives and adopting a national legislation meant to limit the development of money laundering and the financing of terrorism.

If Romania and every other state were to succeed in creating an integrated system providing effective mechanisms to hinder money laundering operations, aiming at eventually rendering them impossible, it would undoubtedly deprive the criminal world of one of its most prolific instruments for illicit gains. Essentially, having an efficient legislation on preventing and combating money laundering may determine the decrease of criminality levels.

Seventeen years since the last AML law was adopted a new piece of legislation, namely Law no 129/2019 on preventing and combating money laundry and terrorism financing as well as for amending and supplementing certain legal acts (the 2019 AML Law), was adopted in Romania. Enacting this new law was a necessary step to transpose relevant EU secondary legislation, namely: (i) Directive (EU) 2015/849 on the prevention of the use of the financial system for the purposes of money laundering or terrorist financing, amending Regulation (EU) no 648/2012 and repealing Directive 2005/60/EC and Directive 2006/70/EC (the AML 4 Directive) and (ii) Directive (EU) 2016/2258 amending Directive 2011/16/EU as regards access to anti-money-laundering information by tax authorities.

Romania, as with all EU member states, must incorporate the EU directives into national legislation accordingly and in a timely manner, under penalty of possible infringement proceedings. It is perfectly conceivable why the EU should manifest such keen interest in establishing a unitary AML regulation in the member states, given the fact that money laundering can deteriorate the stability and integrity of the financial sector and can threaten the EU’s internal market.

Enhanced obligations regarding the disclosure of beneficial ownership information The 2019 AML Law brings about numerous changes and supplements compared to the old legislation. One of the most significant improvements relates to the ultimate beneficial owner (UBO). The UBO is defined by law as any natural person who ultimately owns and controls the client or the natural person on whose behalf a transaction, an operation or an activity is performed. UBOs are natural persons that manage, control or benefit from a legal person and they may be identified in accordance with the legal criteria provided in a non-exhaustive manner.

It is well known that money laundering can be committed in numerous ways: through cash transactions, bank accounts, electronic bank transfers, external operations, credit operations or investment-related transactions. Given this diversity, it may prove extremely difficult, if not virtually impossible, to eradicate the phenomenon.

However, a step forward in this direction was made by establishing an obligation, pursuant to the 2019 AML Law, incurring on privately-owned legal persons and the fiduciaries registered in the territory of Romania, to obtain and hold adequate, correct and up-to-date information on their UBO and to make them available to the supervisory and control authorities upon request.

The recipients subject to the 2019 AML Law must provide information relating to the UBO to the reporting entities in the following instances: (i) if they, acting as fiduciaries, establish a business relationship or carry out an occasional transaction where the value exceeds the threshold provided by law as well as (ii) if the reporting entities carry out ‘know-your-client’ proceedings.

Moreover, the legal persons must submit annually, or whenever a change occurs, a statement regarding the UBO, in order to be registered with the appropriate Central Registry of UBOs (set up under the National Trade Registry Office for legal persons registered with the trade registry, the Ministry of Justice for associations and foundations and the National Tax Administration Agency for fiduciaries). The legal persons concerned, through their legal representative, are required to submit a written statement indicating the identification data of their UBO within 12 months of the date of entry into force of the 2019 AML Law.

Since the purpose of money laundering is to conceal the illicit origin of assets or monies, this legal measure makes it easier for the criminal investigation bodies to identify who benefits from the proceeds of crime. This measure has a preventive function as well, considering the transparency conveyed by the public records in this respect.

These obligations would be obviously ineffective without a sanction. Thus, the Romanian lawmaker provided that failure to comply with the obligations referenced above incurs liability for contraventions (notwithstanding the circumstances where they have been committed so as to constitute criminal offences), the persons found liable being subject to a warning or a fine.

Strengthening the legal framework with respect to UBOs creates greater transparency, which is a sine qua non condition for AML/CTF control.

These provisions are also in accordance with the Financial Action Task Force (the FATF) AML/CTF recommendations, which emphasise that countries need to take proper measures to ensure that the authorities have access to accurate and timely information pertaining to the UBOs in order to prevent the misuse of legal persons for money laundering or terrorist financing.

Through the 2019 AML Law, which is in accordance with the AML/CTF European trends and international standards, Romania provided the criminal investigation bodies with new legal instruments to work with in identifying the perpetrators of this category of offences.

For law enforcement bodies to benefit from efficient measures to combat money laundering, legislation needs to be constantly updated so as to anticipate the new ways in which the criminals may act. Having an economic dimension and an important influence on the stability and integrity of the financial sector, it is paramount that lawmakers take into consideration the contemporary financial instruments.

As such, in order to respond to present challenges, the European Parliament and the Council have adopted the fifth AML Directive, namely Directive (EU) 2018/843 amending Directive (EU) 2015/849 on the prevention of the use of the financial system for the purposes of money laundering or terrorist financing, and amending Directives 2009/138/EC and 2013/36/EU. This act enhances the AML 4 Directive, adding provisions, among others, referring to cryptocurrencies, a topical issue in contemporary society. The EU member states, including Romania, have an obligation to transpose its provisions until 10 January 2020.

As the mechanisms of money laundering continue to become increasingly more sophisticated, Romania, as well as all other states, has a duty to continuously adapt its legislation to the new challenges arising from the money laundering phenomenon, in order to improve its chances to efficiently fight against it. 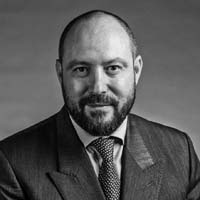