In recent years we have been witnessing a trend of filing class action claims in Israel following on decisions by foreign antitrust authorities and courts declaring the existence of cartels outside of Israel. In most instances, the plaintiff (or its attorney specialising in filing class actions) will identify a decision whereby parties to a foreign cartel coordinated their activity with respect to supply of a certain product and will file class action in Israel alleging damage caused to local customers due to the existence of a multinational cartel.

Israeli antitrust law is very strict when it comes to horizontal arrangements. The law sets forth irrebuttable presumptions, whereby arrangements between competitors regarding price, quantity, margin, market allocation, customer identity or types and quality of assets to be supplied are restrictive arrangements. Alongside the irrebuttable presumptions the law also includes block exemptions that apply under certain circumstances, so these are not prohibited per-se. However, application of block exemptions is limited, and their applicability tests stringent. In addition, as result of the broad scope social protest targeting the cost of living, the courts in Israel are willing to hear claims against harm to competition.

In light of the challenges posed by material law, two preliminary issues hold a pivotal position in dealing with class action claims of this kind: (1) the exterritorial application of Israeli antitrust law on restrictive arrangements made and exercised outside of Israel; (2) procedural authority to serve statements of claim to foreign defendants. In order for a class action claim to be heard in Israel both issues must be addressed. And although both issues are interrelated, they are by no means identical and may lead to different results.

Generally speaking, the Restrictive Trade Practices Law, 5748-1988, is a territorial law that applies within the State of Israel. It does not include any provisions regarding exterritorial application over restrictive arrangements, and the courts have yet to define a guiding test for such application.

One of the recurring characteristics in class action claims is the absence of Israeli customers that have directly purchased the product from the parties to the alleged cartel. The damage to Israeli customers is indirect.

The only normative source regulating this issue is the decisions of the Israel Antitrust Authority. Such decisions call for the application of the effects doctrine for acquiring jurisdiction over foreign parties to restrictive arrangements. In the decision regarding the Gas Insulated Switchgear Cartel it was ruled that in order to apply Israeli antitrust laws it was insufficient for the level of ‘effects’ on the local market to be indirect and negligible, but rather clear links must be shown between the conduct outside of the state borders and the conduct in the local market. It was also ruled that when an arrangement is made outside of Israel and is not “entirely” directed at the Israeli market, and when the foreign collaborators were not actively engaged in implementing the arrangement in Israel – the links to Israel are rendered insufficient.

From the procedural aspect, in order to extend jurisdiction of the local courts over foreign defendants located outside of Israel, it is first necessary to obtain permission for service of process outside the border, in accordance with the provisions of Regulation 500 of the Civil Procedure Regulations. The regulation defines ten relevant links, while the existence of one is enough to permit service of process outside of Israel. In the international cartel cases heard so far it was argued for application of Regulation 500(7), which establishes a link to Israel when an act or omission subject of the claim was committed within the borders of the State.

Guiding judgments hold that to establish such link it must be shown that the act or omission occurred in Israel, and that it is not enough to show that damage was caused in Israel. However, as set forth above, in many instances international cartel cases are based on acts carried out outside the State of Israel, by corporations who are not residents of Israel. In fact, the only act carried out within the borders of the State is the sale by third parties of a final product that incorporates a cartel component. Guiding judgments have rejected the arguments of class action plaintiffs claiming that the regulation’s scope of application should be expanded by attributing the sale of the final product in Israel by third parties to the members of the cartel.

Although this article deals with class action claims brought against multinational cartels, it must be emphasised that the importance of confining the ability to bring class action claims is not limited to cartels. To this date there has not been any class action claim brought before the courts in Israel against abuse of dominance by a foreign company. However, in theory there is much resemblance between opening the gates of court to hearing claims of damage caused to Israeli customers as result of purchasing a final product that incorporates a cartel ‘tainted’ component and purchasing a final product ‘tainted’ by conduct constituting abuse of dominance. 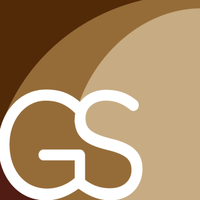