The extra-territorial reach of US courts has long been a source of controversy and consternation for product manufacturers with global operations, due to such features of US law as discovery applications abroad in aid of US litigation,1  or the threat of the Foreign Corrupt Practices Act.2 Another weapon in the arsenal of US plaintiff lawyers against multinational companies has been the Alien Tort Statute, which plaintiffs have attempted to expand over the years with respect to its extra-territorial reach, scope of application, and defendants who may  be targeted.

On 17 April 2013, the US Supreme Court ruled in Kiobel v Royal Dutch Petroleum  Co [2013], that there is a presumption against the extra-territorial application of US common law to foreign entities for alleged violation of international law on foreign soil.

According to Marc Shelley, partner with Shook, Hardy & Bacon LLP, the court’s decision should rein in the Alien Tort Statute and provide some reassurance to product manufacturers with global operations.

The Alien Tort Statute was included in the Judiciary Act of 1789 to address offenses against ambassadors, violations of the  right to safe passage, and individual  actions arising out of piracy.3 In such  cases, where an alien alleges a tort has been ‘committed in violation of the law of  nations or a treaty of the United States’, the Alien Tort Statute vests US district courts with original jurisdiction to hear the case.4 In other words, the Alien Tort Statute does not, by itself, provide a cause of action, and an additional analysis into the nature of the claims is required in each particular case.

From its adoption until 1980, the Alien  Tort Statute had provided jurisdiction in only two cases.5 A shift toward broadening the Alien Tort Statute began with the US Second Circuit Court of Appeal’s ruling in the case of Filártiga v Peña-Irala [1980]. The Second Circuit allowed a claim by a Paraguayan opposition figure, whose son was alleged to have been tortured to  death by the police inspector general because of his father’s opposition to the dictatorship. The Second Circuit found  that torturers, like pirates in the 18th Century, are enemies of all mankind.6 As  such, torture violates the law of nations  and is of mutual concern to the world’s nations, demonstrated by means of  express international accords, making  such a claim actionable under the Alien  Tort Statute.7

The Alien Tort Statute typically applies  to state action only, but in 1995 the  Second Circuit extended it further to include private actors in Kadic v Karadzic [1995], if the alleged violation is done  ‘under color of law’ or the tortious activity violates a specific class of norms that evoke ‘universal concern’ – ie, slavery, genocide and war crimes.8 Thus, if a  private actor – such as a company –  co-operates with a sovereign in such a  way that it is co-extensive with state action, then the company could also  be held liable in tort under the Alien  Tort Statute to anyone injured by its conduct.

In 2004, the modern interpretation of the Alien Tort Statute first reached the Supreme Court, which tried to rein it in. It held in Sosa v Alvaraez-Machain [2004] that the court must play the role of a ‘vigilant doorkeep[er]’, by allowing cases only for ‘a narrow class of international norms’ that reflect the same degree of ‘definite content and acceptance among civilized nations’ as those reflected in the 18th Century paradigms.9

The plaintiffs in the Kiobel case were Nigerian environmental activists, who  had received asylum in the US. They alleged that in the 1990s, Royal Dutch Shell and its UK and Nigerian subsidiaries were complicit in the torture and murder of environmentalists protesting the companies’ oil production operations in Nigeria. The only connections the defendants had to the United States  is the trading of the parent companies’  shares on the New York Stock Exchange and the maintenance of a New York  office by a corporate affiliate to address investor issues.

A federal district court dismissed all but  the claims for crimes against humanity, torture and cruel treatment, and arbitrary arrest and detention, finding that the  facts underlying the dismissed claims  ‘did not give rise to a violation of the law of nations.’10 On appeal, the Second Circuit affirmed and dismissed the remaining claims because customary international  law has rejected corporate liability on  many occasions.11

On appeal to the US Supreme Court,  amicus curiae briefs were filed by a number of concerned states, including the United Kingdom and the Netherlands, which, among other arguments, urged the Court to resolve whether there is a presumption against the extra-territorial application of common law claims brought pursuant to  the Alien Tort Statute.12

After the first oral arguments on  28 February 2012, the Court directed the parties to address an additional question:

‘Whether and under what circumstances the [Alien Tort Statute] allows courts to recognize a cause of action for violations of the law of nations occurring within the territory of a sovereign other than the United States.’13

The case was reargued on 1 October 2012 and the court decided the case based on the answer to this question.

The court unanimously affirmed the Second Circuit’s decision, finding that the Alien Tort Statute is limited by a general presumption against the extra-territorial application of US law. According to Chief Justice John Roberts, who wrote the majority opinion, the law on which a plaintiff’s case is based must manifest a clear intention to overcome that presumption.

Here, all of the conduct alleged took place outside the US, and none of it concerned  or touched on US territory. The mere fact  that the defendants are part of a multinational corporation would reach  too far. Moreover, nothing in the history of the Alien Tort Statute reveals a congressional intention to permit claims based on federal common law to apply to conduct within the territory of a foreign sovereign. Therefore, the causes of action and conduct alleged failed to overcome the presumption against extra-territorial application.

In Justice Samuel Alito’s concurring  opinion, he suggested that a cause of action overcomes the presumption  against extra-territoriality only if:

‘… the domestic conduct is sufficient to violate an international norm that satisfies Sosa’s requirements of definiteness and acceptance among civilized nations.’14

Accordingly, not only must there be a congressional intent for the cause of  action to apply extra-territorially, but the focus of the congressional concern giving rise to that intent must take place within the United States.

Justice Breyer wrote a separate concurring opinion that reached the same conclusion for different reasons. He criticised Justice Robert’s presumption and favoured a different test that relies primarily on the Restatement (Third) of Foreign Relations Law. He disagreed with Justice Roberts that the Alien Tort Statute does not contemplate extra-territorial application. Justice Breyer assumes that:

Congress enacted the Alien Tort Statute with foreign matters in mind, and the contemporary example of piracy is too quickly dismissed by the majority.

Justice Breyer returned to the Sosa  decision in which the Court asked: who  are today’s pirates? The answer focused  on violators of international norms of  such character and specificity to acts  of piracy.

‘Certainly today’s pirates include torturers and perpetrators of genocide. And today, like the pirates of old, they are “fair game” where they are found.’16

In deciding whether to allow a claim in US courts, however, Justice Breyer believes that courts should consider whether:

Courts should also be guided by related doctrines of foreign relations such as comity, exhaustion, forum non conveniens, and deference to the executive’s foreign policy concerns. In this case, none of the facts or claims sufficed for US jurisdiction.

IMPACT OF THE COURT’S RULING

Within a week of its ruling, the Supreme Court ordered the US Ninth Circuit Court of Appeals to rehear another controversial case, Sarei v Rio Tinto Plc [2002] in light  of the ruling in Kiobel. The plaintiffs filed  this case in 2000 alleging that the  London-based company was liable for  war crimes and genocide, among other offenses, in connection with its operation  of a mine in Papua New Guinea in the 1980s. The Ninth Circuit ruled in October 2011 that the plaintiffs’ claims based on corporate liability were sufficiently specific and  could proceed.17

In sum, it is worth observing that despite the additional hurdles created by Kiobel for future plaintiffs, none of the justices completely foreclosed the possibility  of an Alien Tort Statute claim with  extra-territorial reach. This said, given  the court’s decisions in Sosa and Kiobel,  plaintiffs must allege a cause of action based on violations of international norms that are ‘specific, universal, and obligatory’ and demonstrate a reason to overcome the presumption against extra-territoriality, likely requiring clear congressional intent or possibly a significant connection to US territory or interests. It is therefore worth watching how the Ninth Circuit interprets the Supreme Court’s decision to see whether the Supreme Court has indeed successfully reined in the Alien Tort Statute and the reach of US law. 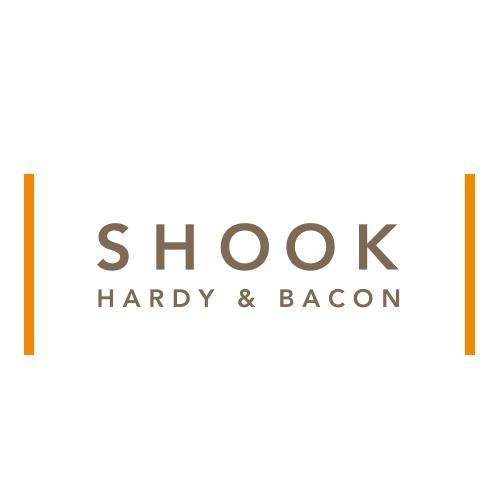 In the recent case of State of Orissav M/s Mesco Steels Ltd (decided on 6 March 2013), the Supreme Court examined the question of whether a writ petition (initiated under Article 226 of the Constitution of India) filed by the respondent company against the state government of Orissa was premature, inasmuch as the same was …

END_OF_DOCUMENT_TOKEN_TO_BE_REPLACED

One strike and  you’re out 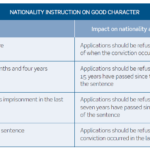 On 23 May, the Home Office published immigration statistics providing the latest figures on those subject to immigration control, for the period up to the end of March 2013. The statistics demonstrate that immigration abuse is being tackled. The Home Office states that while they continue to encourage the brightest and best migrants, who contribute …

END_OF_DOCUMENT_TOKEN_TO_BE_REPLACED 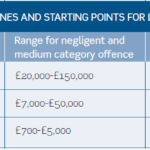