Shareholders’ disputes, in some cases, are like a divorce. Business partners work for years together, and eventually build up a successful business empire, only to find that it is time to go separate ways. In the unfortunate event that the break-up is painful and shareholders have to proceed with unfair prejudice proceedings, what would be the relevant considerations during the process of valuation if a buy-out order is made in the Hong Kong court?

The date on which the court makes the buy-out order is only the starting point. In the interest of fairness, the court has a discretion to consider other possible dates. In the recent decision Vitaly Orlov v Magnus Leonard Roth and Three Towns Capital Ltd [2019] (Re Three Towns), the court considered the following dates:

The court took the following factors into account and decided that the date of the cross petition was the reference point of the date of valuation:

a) what unfairly prejudicial conduct has occurred;

b) whose conduct it was; and

c) when it occurred.

In fact, the parties already agreed that one would buy out the other before the trial commenced. That was also one of the fact-specific factors affecting how the court determined the date of valuation. The reason for the parties to fight the proceedings all the way was because they could not agree on the basis of valuation in view of the complained-about conduct.

In respect of valuation of a shareholding in a private company, the starting point is the value of the company as a whole. It is not based on a notional sale of the outgoing shareholder’s share to the continuing shareholders. It is based on a notional sale of the business as a whole to an outsider purchaser (as per Lord Millett in CVC v Demarco [2002] at paragraphs 41-42 and 45, which is frequently cited in Hong Kong).

The two commonly used methodologies to value a business on a going concern basis are, namely, the discounted cash flow method and the price-earning ratio (or comparables) method. The two methodologies in fact can lead to very different outcomes.

In Kam Leung Sui Kwan, personal representative of the estate of Kam Kwan Sing, the deceased v Kam Kwan Lai & ors [2014], which concerns a famous roast goose restaurant in Hong Kong, the court decided to value the operating company as a going concern without minority discount by the discounted cash flow method, as opposed to the price-earning ratio. The court found that the comparable proposed to be used by one of the experts was far from suitable.

Would there be a necessary discount/premium based on the percentage of shareholding?

Would unfairly prejudicial conduct necessarily have an impact on the value of a company?

It is trite that adjustments based on unfairly prejudicial conduct would not be automatically made. It depends on whether 1) the wrongs committed indeed affect the value of the company and 2) fairness requires it to be corrected during the valuation process.

In Re Three Towns, the judge took the view that even if there has been unfairly prejudicial conduct committed by both sides, none of the conduct would be taken into consideration in the valuation process, as they were either compensated in another way or it did not affect the value of the company.

When would quasi interest on the value be available?

In Re Three Towns, it is explained that ‘quasi interest serves as a proxy to measure the increment in value of the petitioner’s investment in the company, and in an appropriate case to reflect the fact that the respondent has had the use of the petitioner’s investment since the valuation date’. It is held that an award of ‘quasi interest’ is inappropriate as the court had already factored this element in when it determined the date of valuation.

The Hong Kong court has been consistently demonstrating its flexibility in deciding the correct approach in valuing shares in a company. The key would be to rely on your lawyers to persuade the court on what is fair and appropriate in the relevant circumstances.

Some practical tips from us: 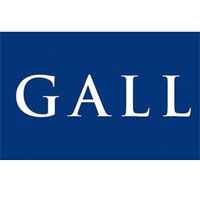