Richard Tapp argues that GCs can define their companies like never before.

‘So, what do you do?’ A straightforward question – in my case asked by a new chairman, clearly expecting a simple answer. But, for any in-house lawyer, where to start? Do you talk about your legal specialism? About the business risks that you identify and manage? About the way you provide and source legal advice? Or that you keep your chairman out of jail?

I have often thought that the in-house lawyer has the best job in any organisation. We see every aspect of what it does – the impact of the decisions of the past, and the insights and opportunities for the future. We see the place of the organisation in society. We can shape and influence how it behaves, how it is perceived, and how it does business.

It was, then, the question that I used in starting conversations with a number of general counsel, those who they work with – from a chairman, a chief executive and a law firm – to those who study and write about them, how they develop, how they work, and the issues facing them.
The answers, in a book I am editing, The Future of the In-House Lawyer: The General Counsel Revolution, are varied, fascinating – and even surprising and heartening. Several things stand out:

If there is one stand-out, though, it must be that the GC is implicitly the custodian – what perhaps used to be called the conscience of the company. The way the lawyer can see not just the legal position, but its implications for the organisation – how it interacts with its people, its stakeholders and the broader society. Whether through an understanding of the reputation, ethical stance or external perception of the organisation, a personal belief in its value system, or the application of the clarity of reasoning, this is one of the most valuable and perhaps least celebrated elements of the job.

The in-house lawyer makes a real and substantial difference to the organisation – usually unsung, often unrecognised, and perhaps, it might be said, not always fairly rewarded. The opportunities to define and differentiate the organisations which they serve have never been greater, and for those prepared to step up to the very real challenges of the future, the future of the in-house lawyer is very bright.

Richard Tapp is general counsel of Carillion and editor of the upcoming book, The Future of the In-House Lawyer: The General Counsel Revolution. 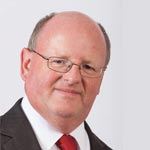