Do you ever get the feeling you’re flying blind as a general counsel? Not in the context of your own business, which will generate reams of numbers and facts to indicate how the legal function is performing within that one company. But in the context of how GCs and legal teams are developing at a wider level, profession-wide and within industry sectors, the question stands.

I raise the topic because it strikes me that 20 years of rapid expansion of the in-house profession, which has without doubt boosted standards, ambition and capability at corporate legal teams, has not led to anything like a corresponding increase in consensus and theory about how the teams work… or shouldn’t work. What does success look like?

I see a fair amount of material about how individual in-house teams operate, but that comes through having a number of editorial staff gathering information on these teams day-in, day-out, not because there is a culture of transparency and sharing best practice. Perhaps that is a distorted view of a journalist used to the greater disclosure and established benchmarks of major law firms. True, benchmarks can drive perverse behaviours, as GCs used to dealing with law firms intent on extracting every last drop of profit from their clients can attest. But it’s hard to shake the feeling that the lack of information within the industry is holding back the profession. GCs often respond that they fill in the blanks through their networking. While surely true in some cases, that assertion often doesn’t seem to stand up to much scrutiny. And when you look at very rough indicators of team structures, such as number of employed lawyers or legal spend against company revenue, the ranges between comparable companies are vast.

Kicking these issues around, I looked through several recent professional/academic books on the role of in-house counsel to get a sense of how practical and pragmatic the professional debate was. A quick glance revealed a lot about mom and apple pie, and not many specifics (an exception to the rule being the 2016 book by former General Electric legal head Ben Heineman, which goes into lengthy case studies and practical examples). The profession often defaults to platitudes and navel-gazing over the changing role of the GC, which is fine to a point but surely getting a bit out of date for sophisticated, globe-trotting corporate technicians.

Do GCs not hunger for something more granular? The cynic would note that the lack of accepted benchmarks provides cover for in-house legal teams and so they don’t have much of an incentive to promote transparency in a tough, competitive corporate environment. But one cost of that is an atrophied debate and far less sharing of good ideas than in law firms and New Law providers. The evolution of the GC is always shrouded in the vague. Clients drive innovation, we are often told. The evidence for that assertion is thin.

None of this amounts to anything near a crisis or existential threat for in-house counsel. But it is certainly self-limiting and you wonder whether one day, if GCs still haven’t gained a tighter grip on the mechanics of their own operations, some outside professionals may start to do it for them. Or instead of them.

END_OF_DOCUMENT_TOKEN_TO_BE_REPLACED 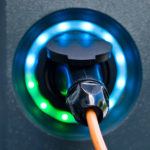