A report was published in 2002 where it was concluded that although the framework contained in the MDD worked well in general terms, it could be improved. Following this report, the European Commission, competent authorities within member states and industry have worked to bring about these improvements over the past several years. After consideration of the suggested amendments, the European Parliament adopted the 2007 Directive on 29 March 2007.

In Ireland, as an EU member state, the 2007 Directive became mandatory on 21 March 2010. The changes brought by the 2007 Directive and their impact for medical devices manufacturers is of particular interest in Ireland because it is one of the largest manufacturers and exporters of medical technology in Europe.1 Ireland has over 140 medical technology companies, exporting €6.2bn worth of products annually and employing approximately 24,000 people, which is the highest number of people working in the industry in any country in Europe per head of population.2 Exports of medical devices and diagnostics products now represent nearly 10% of Ireland’s total exports.3 For these reasons it is certainly understandable why amendments to the EU directives governing this industry would be of particular interest, not just to the industry, but to the country as a whole.

Who will be affected by the amendments?

All device manufacturers will be affected, at least partially, by the amendments. For instance, manufacturers will be impacted by the fact that all devices will now require clinical investigation or data, including for Class 1 devices. In addition to manufacturers, the changes will also impact authorities in areas such as transparency and co-operation between member states. Most interesting is the implementation of some clauses that increase the Commission’s authority and permit it to make further changes to the directives through a more abbreviated process. This means that further changes to the 2007 Directive could be made if the Commission deems it necessary to address specific issues.

What are the major changes to the MDD?

Some of the definitions and classification rules have been changed, which may impact on the classification of the medical devices and result in a change of classification. For example, the definition of ‘central circulatory system’ now includes the vessels of the aortic arch and the descending aorta to the aortic bifurcation. Any device that comes into contact with these vessels will now be considered a Class 3 device. Also, the definition of ‘continuous use’ now includes circumstances in which a device, after discontinuation or removal, is replaced immediately by the same or with an identical device.

Of particular interest is the amendment that classifies standalone software as an active medical device. Software validation will also be an essential requirement under Annex 1.

All devices will now require clinical data including Class 1 devices. More stringent requirements are imposed regarding what may constitute ‘clinical evidence’ and stronger enforcement by authorities is mandated. Annex X of the MDD and Annex 7 of the AIMD have also been significantly amended to include that a requirement for clinical investigation on MDD Class III devices, implantable products and AIMD products, unless it is ‘duly justified’ that the clinical data is sufficient. The impact of this change will be an increased requirement for clinical studies both at the pre- and post-market stages.

The amendments provide clarification as to the roles and responsibilities between the notified body, the competent authority and the European Medicines Agency (EMEA). A timeline of 210 days is allowed for the competent authority or EMEA to deliver its final decision. In addition, devices that incorporate human tissue, blood or plasma will now fall within the scope of Directive 2001/83/EC and shall be considered as a Class III device.

There has been an expansion of the requirement that devices must be designed and manufactured in such a way as to minimally reduce the risks posed by substances leaking from the device that are carcinogenic, mutagenic or toxic to reproduction. The AIMD requirement for the minimisation of risks in connection with ionising radiation has also been updated to reference 96/29/Euratom and 97/43/Euratom in Annex 1.

In the future the Commission may permit emailing for alternative methods of delivering information for use (IFUs) based on an abbreviated regulatory procedure outside the EU legislative process.

With regards to labelling and also to the essential requirements in Annex 1, the user is now the key factor to be considered.

There are many changes that will effect labelling. These included labelling requirements for:

Notified bodies will be required to perform inspections on design documentation for a representative sample of devices employing industry standard statistical techniques and ‘commensurate’ with the risk of the device.

There are additional requirements in the 2007 Directive that could potentially impact risk management documents, including, for example, those for dangerous substances, risk, ergonomic features of the device and re-use of single use devices.

It is now required that records be maintained for inspection by competent authorities for the ‘useful life of the product’ or either five years from the date of manufacture for non-implantable devices and 15 years for implantable devices, whichever is longer.

EC certificates now have a maximum validity period of five years. Notified bodies may require that these certificates are updated to include reference to the Directive.

If the manufacture, design, or inspection of a device is to be performed by a third party, it must be demonstrated that adequate controls are in place to ensure the continued effective operation of the quality system through appropriate controls applied to the third party.

Custom made devices in Class IIa, IIb and III, and AIMD devices requires that the statement ‘drawn up’ by the manufacturer must be handed over to the patient. In addition, all custom made devices will require a post market surveillance system that reports to the competent authorities. New requirements for information contained within the manufacturer’s statements have also been implemented.

The appointment of an AR it is now explicitly noted. An AR for all classes of devices and AIMD devices is required. The AR has an explicit mandate to act and to be contacted, in lieu, of the manufacturer in terms of satisfying the obligations of the directives for those manufacturers who do not have a registered place of business within the EU. Non-EU manufacturers shall designate a single AR per device.

It should also be noted that the 2007 Directive also changes internal Commission procedures, modifications to improve existing wording or updating references that are not discussed in this article. For a comprehensive list of changes, please refer to the consolidated version of the directives respectively as follows: 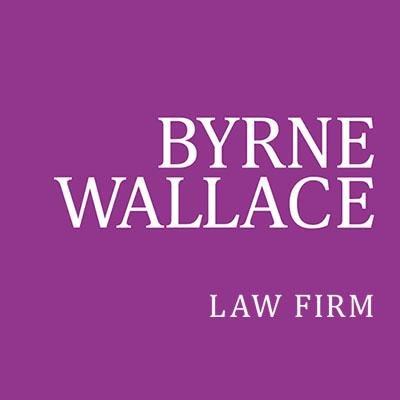 Adjudication: caught in the Act?

Anyone not involved in what might be regarded as the mainstream of the construction industry (whether as a building contractor or someone who regularly employs one) would be forgiven for thinking that a dispute resolution procedure introduced to rid the industry of some of its historical problems is of no relevance to their business.

The Coalition Agreement made between the Liberal Democrats and Conservatives, published on 20 May 2010, together with the Queen’s Speech delivered on 25 May 2010, contained several proposals for tax reform, which in the government’s view are aimed at creating a fairer and simpler taxation system. The tax measures that have been proposed widely reflect …

END_OF_DOCUMENT_TOKEN_TO_BE_REPLACED

The result of the 2010 General election has brought about one of the most radical shifts in British politics for over half a century. For the first time since the Second World War, two political parties, the Conservatives and the Liberal Democrats, have united to form a formal coalition government.

In Durham Tees Valley Airport LTD v BMI Baby Ltd & anor [2010], the Court of Appeal overturned a ruling that a contractual term was void for uncertainty and instead looked at the factual circumstances surrounding the contract. In doing so it found that one party had failed to perform its obligations, even though those …

END_OF_DOCUMENT_TOKEN_TO_BE_REPLACED

On 10 May 2010, the Dutch Temporary (Parliamentary) Committee on the Inquiry Financial System (the committee), also known as the ‘De Wit Committee’ after its chairman, set up by the Dutch Parliament’s House of Representatives, presented its report on the first part of its investigation into the crisis in the Dutch financial system. This report, …

END_OF_DOCUMENT_TOKEN_TO_BE_REPLACED

There have been several recent cases concerning the laws of confidence and defamation that address important procedural issues relevant to litigators practising in all spheres. This article discusses decisions by the Court of Appeal, a Queen’s Bench judge and a Master.

ECJ rules on the validity of the Roaming Regulation

On 8 June 2010, the European Court of Justice (ECJ) rejected the attempt by various leading European mobile network operators (MNOs) to challenge the validity of a cap imposed by the EU on the roaming fees they can charge customers travelling overseas. From the point of view of these providers, price-capping regulation has effectively curbed …

END_OF_DOCUMENT_TOKEN_TO_BE_REPLACED

Due to the current economic climate, immigration has continued to generate a great deal of media interest in the need to bring foreign workers to the UK to participate in the UK labour market. At the same time, immigration continues to remain at the front of huge political debates, in particular the impact of migration …

END_OF_DOCUMENT_TOKEN_TO_BE_REPLACED

The laws governing foreign ownership of companies in Middle Eastern countries are complex. While there are greater options today to allow international companies to do business in the Middle East (including the opportunity to establish wholly owned subsidiaries in free zones), one popular option is to appoint a local agent to sell goods or services, …

END_OF_DOCUMENT_TOKEN_TO_BE_REPLACED

The British Sky Broadcasting Group (Sky) and the Football Association Premier League (the Premier League) look set to challenge an order by Ofcom, the UK communications regulator, for Sky to reduce the price at which it sells premium sports content to its broadcasting rivals. The dispute arises from Sky’s exclusive rights to certain sports broadcasts, …