Driverless cars have recently captured the imagination of politicians, the press and the public as a promise of a future previously confined to science fiction.

Although estimates vary as to how long it will take for the technology to become a reality, it is reasonable to expect most of the benefits of autonomous vehicles to be realised within our lifetimes. The Chancellor, Philip Hammond, has said that his objective is to have ‘fully driverless cars’ in use by 2021. This seems unlikely however; even the most optimistic published timelines suggest that fully autonomous vehicles will not emerge before 2030.

This should not be taken as an excuse for procrastination. The real estate sector will need to be particularly aware of the changes autonomous vehicles will bring about, and the opportunities they present, due to the long lead times for development and construction.

Autonomous vehicles have the potential to improve road safety, reduce congestion and tackle poor air quality. But these benefits could easily be offset by an increased number of cars on our roads, cyber security threats and job losses if the introduction of driverless cars is not carefully managed, so planning needs to begin now.

Where are we now?

There are various levels of automation, as shown in the diagram below. Level one and level two automation is already familiar to drivers, with cruise control and parking assist functions on many cars. The new Audi A8 and Tesla’s ‘Autopilot’ system are examples of emerging level three autonomy.

In 2015 the government published a code of practice for testing automated vehicle technologies and in 2016 it made £100m available for the creation of test locations. Although the majority of tests to date have been on closed tracks, car manufacturers are now beginning to start on-road trials, including Jaguar Land Rover in Coventry, Nissan in Beckton and Volvo’s ‘Drive Me’ pilot in London.

What is needed to get to level four/level five?

Significant investment in infrastructure is required to secure the future success of autonomous vehicles.

Provision for 5G data networks in city centres and on major transport routes will be essential to ensure that vehicles can accurately interpret the built environment and ‘talk’ to each other effectively.

With electric cars set to dominate future sales, enhancement of the electricity grid and rapid charging facilities will also be necessary. Many planning authorities already require new developments to incorporate vehicle charging points. The new draft London Plan, for example, requires 20% of residential parking spaces to have active charging facilities and for all remaining spaces to have passive provision. Unless battery technology improves, rapid charging points at petrol stations will also be needed, with on-site retail, leisure and entertainment facilities provided for people while they wait for their cars to recharge. This could deliver valuable new income streams for landowners.

There will be a huge cost attached to establishing and operating these systems. It remains to be seen whether the public sector will bear that cost, or try to pass it on to landowners and developers through the planning system.

How has the legal system responded?

The success of autonomous vehicles will depend largely on whether the technology is trusted by the public. UK regulation has so far focused on product liability and insurance issues, with the Automated and Electric Vehicles Bill currently passing through Parliament set to introduce a new insurance framework for automated vehicles.

Resolving road safety and cybersecurity concerns remains a key issue for the future of driverless cars. Standardisation and regulation will be essential, but the technology is progressing at a speed which law makers are struggling to match.

The opportunities for real estate

There will be a reduced need for large dedicated parking areas for offices, retail and residential premises. Owners of car parks, petrol stations and garages may therefore see their premises increase in value in the medium term, even though their use is declining in the short term. This could free up valuable sites for redevelopment in prime locations – it has even been suggested that this could provide a solution to the UK’s housing crisis.

Conversely, the provision of drop-off bays outside buildings will become more important. Parking provision within new developments should be designed flexibly to allow it to be re-purposed if off-site parking becomes commonplace. Lease demises and rights need to be drafted to allow for this over the term of the tenant’s occupation.

The progressive move away from car ownership and less reliance on on-site parking present opportunities to increase development densities, while the more efficient use of roads and narrower lanes will release space for pedestrian and cycling routes, public open space and green infrastructure.

It will be cheaper and easier to move goods by road without the need to pay a driver and without any restrictions on the hours that driver can work. More vehicles will use the road network more efficiently, driving demand for logistics, servicing and repair facilities. Providers of logistics hubs, delivery consolidation centres, large remote car parks and maintenance centres for autonomous vehicles can therefore expect to see future growth. There will be less need for these facilities to be located in town centres, with cars being able to drive to them independently and wait there until needed.

The importance of developing near to public transport hubs may diminish in the longer term, with autonomous vehicles able to provide efficient mass transit services across a dispersed area rather than relying on conventional fixed-route bus and train services. This will change commuting patterns and could drive economic growth in rural areas.

What are the risks?

The benefits of autonomous vehicles could easily be offset by an increase in the number of cars on our roads, the loss of jobs and impacts on property values.

There will be a need for greater consolidation of deliveries to prevent roads becoming gridlocked with vehicles. This will be particularly important for ‘last mile’ services. The City of London already requires (through the planning process) new office buildings to provide for off-site consolidation of deliveries. Leases will increasingly prohibit tenants from arranging deliveries that are not pre-booked in advance.

Roads will need to be redesigned to provide the necessary efficiencies to offset this increase in traffic. The National Infrastructure Commission has announced a ‘Roads for the Future’ competition, to see how the latest technology can be applied to road design.

Driving-related jobs will diminish, with the government estimating that a million British workers will need to retrain. Local authorities may seek to impose additional obligations on developers to provide employment initiatives and re-skilling opportunities.

If housing and offices no longer need to be built in town centres, this could result in a dramatic reassessment of property values.

Will these changes happen suddenly?

Adoption of autonomous vehicle technology will be incremental. There is likely to be a phased introduction of driverless only lanes or zones alongside existing infrastructure, such as dedicated motorway lanes allowing co-ordinated autonomous vehicle ‘platooning’.

In the longer-term, we can expect the growth of transport corridors used exclusively by autonomous vehicles and ‘geo-fenced’ areas such as airports, office campuses or even city centres where human driving is prohibited.

The logical conclusion of autonomous vehicle technology is that eventually it will become uninsurable or even unlawful to drive your own car except on private closed circuits – relegating driving to an expensive hobby rather than a fact of everyday life. 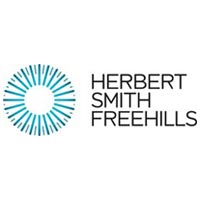 END_OF_DOCUMENT_TOKEN_TO_BE_REPLACED

Hacked Off in Paradise – privilege and stolen information

Equifax, one of the world’s leading credit rating agencies is hacked. Personal information of individuals is accessed and many of these individuals have not consciously consented to Equifax holding their data, but have no choice in the modern world. No respectable media outlet, if offered this stolen personal data, would publish it.