The Human Rights Act 1998, introduced by the Labour government and in force since October 2000, has been the subject of much controversy. In particular it has been blamed for preventing the government from being able to remove illegal immigrants from the United Kingdom. The Conservative government’s desire to ‘scrap’ the Human Rights Act is undoubtedly linked to immigration being a hot topic in politics and the perceived need to reduce net migration.

The major flaw in the reasoning behind the proposed ‘scrapping’ of the Act is that repealing the statute would not remove the direct effect of the Convention in UK law. The government would need to replace the Act with an alternative, such as the mooted UK Bill of Rights, which would inevitably contain provisions in compliance with the Convention. Indeed, the remit of the Commission on a Bill of Rights, established in March 2011, was to consider how Convention rights would ‘continue to be enshrined in UK law’ in any proposed UK Bill of Rights.

Why therefore does the government want to be rid of the Act? The answer can only be that it would be politically expedient to do so. It could also be that the suggestion of ‘scrapping’ the Act has been used as a sound bite for the government to appear firm on immigration control and to provide the public with the appearance that the UK still retains its own sovereignty and legal authority on the issue.

The Human Rights Act (the Act) however was passed to bring the European Convention on Human Rights (the Convention) into British law. The Convention is made up of several articles, but of particular importance to immigration practitioners are Articles 3 and 8.

Article 8 of the Convention provides for the right to respect for private and family life. Unlike Article 3, the right is not absolute:

Article 8 is used by applicants who wish to remain in the UK with their family or because they have established a private life in the UK. The government can interfere with this right in certain circumstances, including ‘the need to maintain an effective immigration control’. Although this is not specifically referred to in the Article, it is accepted that this is a legitimate aim. It would therefore appear on the face of it, that there is already a check on this right to enable the government to control immigration.

Article 8 has been used by individuals  who have remained in the UK illegally as a means to argue that they should be permitted to stay in the UK and these applications have frustrated the UK’s attempts to remove individuals through delay caused by the consideration of these human rights claims. Article 8 does confer the right to respect for family and private life, and those rights can and should be properly asserted but, regrettably, the process of asserting those rights can also be abused by some applicants.

The courts, from the Immigration Tribunal to the Court of Appeal, have historically been considered by the government to be too lenient when it comes to considering these claims, handing down decisions falling more in favour of appellants than the Secretary of State, but that tide has turned. More than a decade of Article 8 case law has moulded and shaped the appropriate tests to be applied when an assessment is made of an applicant’s Article 8 rights. The decision of the House of Lords in R (Razgar) v SSHD [2004] sets out at paragraph 17 the five stage test to be applied and this remains good law today:

Appeals often centre on the issue of proportionality and the majority of reported case law is centred on the final part of the assessment: the balancing of the rights of the individual against the state.

The government tried to influence the consideration of Article 8 by introducing a wave of changes to the Immigration Rules in July 2012, codifying Article 8 with application provisions. They were restrictive to say the least. As an example, in order to obtain further leave to remain in the UK on the basis of an established private life as an adult, an applicant would need to show that they had lived in the UK for twenty years (276ADE(1)(iii)). Children could apply on the basis of seven years of residence, ‘provided that it would not be reasonable to expect them to leave the UK’ (iv) and young adults up to the age of 25 can apply if they have spent half of their life in the UK (v).

Family applications were amended at the same time across the board with a new Appendix (FM) and specified evidential requirements were inserted, making applications rule-heavy and complicated. These new provisions made applications notoriously difficult for British nationals  and their families. It became very difficult for spouses to come to the UK due to the strict financial requirement and it has become all but impossible for British nationals to bring their elderly dependant relatives to the UK.

Ultimately, the attempt to create an absolute codification for consideration of Article 8 was not successful because the scope of Article 8 could not be lawfully limited to the provisions in the rules.

Since the government could not confine the scope of the consideration of Article 8 rights in the Immigration Rules, they imposed requirements on the courts to consider a new Part 5A of the Nationality, Immigration and Asylum Act 2002 via s19 of the Immigration Act 2014. The provisions state that where a court or tribunal is required to determine whether a decision made under the Immigration Acts breaches a person’s right to respect for private and family life under Article 8, and as a result would be unlawful under s6 of the Human Rights Act 1998, the tribunal must in particular consider the following:

As can be seen from the above provisions, the majority appear to be statements for the court to consider rather than actual guidance and they are almost condescending in their simplicity. Principles such as knowledge of precarious immigration status and little weight applying to private life illegally formed were also already well established as important considerations in Article 8 case law. An echo of the amended Immigration Rules can also be seen in these provisions with regard to whether or not a child can remain in the UK. They can remain ‘if it would not be reasonable to expect the child to leave.’

The government’s intention to encourage departures is clear. The child needs to  leave the UK, unless that would be ‘unreasonable.’ The default position is  that the child should leave.

More remarkable than these provisions however is the audacity of a separate provision inserted into the 2002 Act by  s15 of the 2014 Act, which states that:

‘… the Tribunal must not consider a new matter unless the Secretary of State has given the Tribunal consent to do so.’

On the face of it this would appear to be a blatant violation of the only separation of powers we have in the United Kingdom between our fused legislative/executive and our judiciary, but on closer examination of the following provisions, it is apparent that this is merely an attempt to ensure that there is a fair hearing and that the Secretary of State is not caught out by surprise arguments.

As can be seen from the above, Article 8 has been incorporated within the Immigration Rules and in the Nationality, Immigration and Asylum Act 2002. The Human Rights Act gave effect to the European Convention in English law, but repealing the Act would not remove the Convention’s direct effect in the UK, and these Article 8 provisions would most likely remain in primary legislation and in the Immigration Rules. The effect therefore of repealing the Act would be no more than a symbolic gesture of pride. Even if repealing the Act were somehow able to assist in reducing immigration, such a dramatic change is not needed. It is already incredibly difficult for applicants to succeed in asserting a claim under Article 8 and the hurdles of the new family and private life Immigration Rules requirements are already sufficiently high.

Ultimately however, if the Human Rights Act were to be repealed or replaced by a UK Bill of Rights, it would not affect the UK’s ongoing obligation to abide by the provisions of the European Convention on Human Rights with the same rights being incorporated into any alternative bill of rights. The government desperately wants to hold on to the illusion that the UK still retains its own sovereignty, but ultimately, as long as it is a part of Europe, it must comply with European Law. 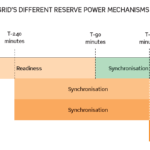