Issuing a full prospectus under the PD is a long, complex and expensive process. The objectives of the Directive are to reduce some of the obligations under the PD that the Commission has identified as being excessively burdensome on companies, to introduce a new proportionate (ie reduced) disclosure regime, and to make it easier for smaller companies to raise equity finance.

This article aims to take stock of the current regime under the PD and to highlight the significant changes to be introduced by the Directive, which member states must implement by 1 July 2012.

CURRENT REGIME UNDER THE PROSPECTUS DIRECTIVE

A prospectus must be published and approved by a competent authority (which in the UK is the Financial Services Authority (FSA)) in the following two situations:

Issuers can avoid having to publish a prospectus by relying on one of several exemptions depending on whether the public offer or regulated market triggers (or both) apply.

Exempt admissions of securities to a regulated market

Exemptions that apply to both triggers

Before the PD took effect, rights issues in the UK were subject to a relatively relaxed disclosure regime comprising a circular as opposed to a full prospectus. The 1989 Prospectus Directive (which was repealed by the PD) only required a prospectus to be published when securities were offered to the public ‘for the first time’. The PD, however, treats each share issue as discreet so any rights issue to over 100 persons in any member state, or an offer by a company admitted to the regulated market (of over 10% of the existing issued share capital of the company or that otherwise is not exempt) will require a full prospectus. A report prepared by the Rights Issue Review Group in November 2008 highlighted that full prospectuses, in the context of rights issues, are not valued by recipients and recommended that the disclosure requirements should be significantly reduced.

The consequence for smaller companies has been that they have tended to raise their funds through a placing to a limited number of investors to avoid having to produce a full prospectus and so excluding many existing shareholders. Open offers and rights issues, which used to be common for smaller companies, are now virtually non-existent.

KEY CHANGES MADE BY THE DIRECTIVE

Following the review and consultation process, the Directive makes several changes to the prospectus exemptions, prospectus content and the process for publishing a prospectus. The key changes include:

Member states have until 1 July 2012 to implement the Directive but can do so earlier, as the UK intends to do for two specific amendments.The UK government announced on 1 November 2010 that it intends to implement the increased threshold for exempt offers (from €2.5m to €5m) and the increased exemption for limited investors (from 100 persons to 150 persons per member state) before the 1 July 2012 deadline. It is unclear exactly when these changes will be implemented but the government has said that it will consult early this year on implementing the amendments. To date, no further details (including an implementation timetable) have been given by the government, the treasury or the FSA about implementing the remaining changes made by the Directive. Potential disruption could be caused by member states implementing the Directive on differing dates before the 2012 deadline, thereby subjecting issuers to different thresholds and exemptions in different member states.

The Commission must also publish implementing measures that will set out the detailed provisions relating to several of the key changes under the Directive (for example what is meant by ‘proportionate’ disclosure for pre-emptive offers and for SMEs). The measures relating to the form and content of the summary section must be published by 1 July 2012, whereas the remaining measures must be published by 31 December 2014. It is somewhat unsatisfactory that the new measures are not being introduced at the same time. Given that the objective of the Directive is to reduce the burden on companies, it is hoped that the Commission will introduce the measures as early as possible.

In light of the reduced requirements introduced by the Directive, it could be time to re-examine the role of standard listings on the main market of the London Stock Exchange (LSE), which requires companies to meet only the minimum EU requirements.

On 6 April 2010, the Listing Rules were amended to introduce a new two-tier listing regime: premium and standard listings. A premium listing is the same as the previous regime’s super-equivalent primary listing, which imposed more onerous standards than those required by the PD. Standard listings are only subject to the minimum EU requirements with regard to ‘regulated markets’.

Although it is early days for the market, there have been very few standard listings, which is no doubt partly caused by several significant concerns. There are concerns as to whether there is sufficient liquidity in the market for shares in companies with standard listings, in particular because they are not included in any of the FTSE UK indices, which has ruled out a large number of funds and institutional investors. In addition, there is the concern that the less stringent regulations for standard-listed companies, for example lower corporate governance requirements and the absence of a sponsor or nomad to police transactions, will leave the door open to abuse.

Nevertheless, standard listings could offer SMEs and companies with a ‘reduced market capitalisation’ another option, as they will be subject to a reduced disclosure regime once the Directive has been fully implemented. Although a standard listing would still require a prospectus to be prepared, the reduced disclosure regime could give such companies considerably easier access to the main market of the LSE.

A standard listing offers several potential benefits that may appeal to issuers:

The Directive introduces some welcome measures that will reduce the regulatory and administrative burden on companies. The Directive should, in particular, make it easier for smaller companies to access equity capital markets in the EU by raising the thresholds for certain exemptions and by introducing a proportionate disclosure regime for SMEs and issuers with a reduced market capitalisation.

Unfortunately, the details of a large number of the amendments made by the Directive will remain unknown until the implementing measures are published, potentially not until 31 December 2012. 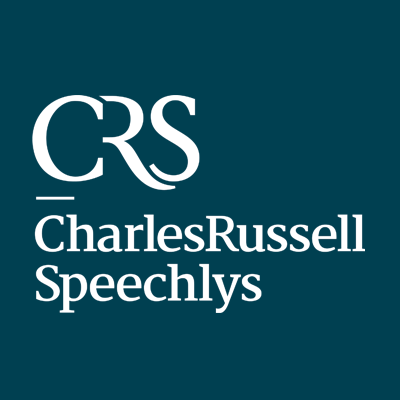 END_OF_DOCUMENT_TOKEN_TO_BE_REPLACED

At the start of 2011, with environmental and energy issues high on the political agenda, this article highlights some of the key developments that can be expected by businesses and in-house lawyers in these fields this year.