Where an agreement has an alternative dispute resolution (ADR) clause, it frequently has either a simple ADR clause or ‘escalation’ clauses (sometimes called ‘tiered’ or ‘stepped’ clauses). Then, where a commercial dispute arises, the parties to such an agreement are usually required to try to negotiate a settlement to the dispute. This could involve a single step (which, for a simple ADR clause, might entail mediation) or escalating steps (typically, negotiating in good faith, then if that fails to resolve the dispute, discussions between senior members of the parties’ management teams, then, if that fails, mediation).

Ultimately, if the dispute is not resolved, the parties might commence formal proceedings, which will result in the imposition of a decision (via litigation or arbitration).

There are obvious practical and commercial benefits to ADR clauses: they can encourage the parties to come together at an early stage, and they support the amicable resolution of a dispute before it becomes costly and time-consuming (although an agreement can specify that settlement procedures and formal proceedings be undertaken side by side). In addition, ADR clauses can give greater control of a dispute to the parties involved, and frequently enable such parties to mend commercial bridges and then carry on in a co-operative commercial relationship.

Problems arise when, even though there may be an ADR clause in an agreement, one party decides to go straight to formal proceedings, cutting out any agreed settlement stage, and the wronged party must consider if it can enforce any ADR clause as a condition precedent.

English courts have been slow to recognise agreements to settle disputes amicably or agreements to negotiate. In Itex Shipping v China Ocean Shipping [1989], Steyn J held that a clause providing that ‘any dispute in this agreement will be settled amicably’ before it could be arbitrated was unenforceable. In Walford v Miles [1992], the House of Lords stated that a bare agreement to negotiate was too uncertain to be enforceable and that a duty to negotiate in good faith was unworkable in practice and inherently inconsistent with the position of a negotiating party.

As a result, where a party ignores any ADR clause in an agreement and goes straight to formal proceedings, the wronged party has been hard pushed to force it to pause.

However, in Cable & Wireless v IBM [2002] Colman J offered some hope to the wronged party wishing to enforce an ADR clause, in holding that a contract which provided for the parties to negotiate in good faith via a dispute resolution procedure ‘as recommended to the parties by the Centre for Dispute Resolution’ was sufficiently certain to be enforced. This was because, on the facts, the recommended dispute resolution procedure required the parties to resort to participation in Centre for Effective Dispute Resolution’s (CEDR) recommended procedure and this provided ‘sufficient certainty for a court readily to ascertain whether they have been complied with’. Therefore, where negotiation or mediation procedures are clearly set out in an agreement, the courts will enforce them. Holloway v Chancery Mead Ltd [2007] clarified that this this would require the following: (1) a sufficiently certain process that does not require any agreement before matters can proceed; (2) a defined process for selecting a party to resolve the commercial dispute and to pay that party; and (3) details of the process itself (or, at least, a model of it).

However, Itex Shipping and Walford were followed in SulAmérica CIA Nacional De Seguros v Enesa Engenharia [2012] in which the Court of Appeal held that a term of an insurance policy, which stated that the parties would ‘seek to have [a] dispute resolved amicably by mediation’ did not create an enforceable obligation to commence or participate in a mediation process. The court also followed the Itex Shipping and Walford lines of reasoning in Wah v Grant Thornton International [2012] and concluded that a clause which set out a step in an escalating ADR clause (to first refer the dispute to a panel of three members of a partnership board), was too ‘equivocal and nebulous in communicating the parties’ respective obligations to be given legal effect’.

In Emirates Trading Agency v Prime Mineral Exports [2014], a contract provided that where a dispute arose, the parties should first seek to resolve the problem by ‘friendly discussion’. Applying Itex Shipping and Walford might have led to the conclusion that the requirement in Emirates Trading to seek to resolve a dispute by having a ‘friendly discussion’ was as unenforceable as the Itex Shipping requirement to settle a dispute amicably. However, Teare J, in largely adopting the reasoning of the Australian case United Group Rail Services v Rail Corporation New South Wales [2009], decided that ‘friendly discussions’ were a condition precedent to the right to refer a claim to arbitration. He also found that where there was an ADR clause in an existing and enforceable contract (the contract in Walford was ‘subject to contract’), which required the parties to seek to resolve a dispute by friendly discussions in good faith and within a limited period of time before the dispute could be referred to arbitration (the clause set a continuous period of four weeks), this was enforceable on the basis that: (1) the agreement to negotiate was complete, in that no essential term was lacking and it was not uncertain in that it had an ‘identifiable standard’, namely, fair, honest and genuine discussions aimed at resolving a dispute; and (2) enforcement was in the public interest because (i) commercial men expected the court to enforce obligations which they had freely undertaken and (ii) the object of the agreement was to avoid what might otherwise be an expensive and time-consuming arbitration.

Where does this leave us?

In negotiating a commercial agreement, it is open to the parties to decide whether or not they want to include an ADR clause.

For an ADR clause to be enforceable, it must clearly set out the following: (1) a sufficiently certain ADR procedure (see, for example, Cable & Wireless’ specification that its procedure would be ‘as recommended to the parties by the Centre for Dispute Resolution’ which was held to be sufficiently certain to be enforced); (2) mandatory language (that is, any ADR clause must use words akin to ‘shall’ rather than such words as ‘may’; and (3) a clear time limit (the clause in Prime Mineral Exports partly succeeded on the basis that it set out a continuous period of four weeks).

Of course, even if the parties do not agree to take steps to resolve their dispute without formal proceedings (or to bring an early end to formal proceedings), solicitors have a duty to advise their clients about mediation and pre-action protocols and to flag the need to explore ADR. Also, the courts are increasingly robust in ordering mediation (and the Civil Procedure Rules permit the court to ask parties to consider mediation and to punish a party that refuses to consider mediation or may stay formal proceedings issued in the absence of compliance with an enforceable settlement process). Furthermore, where a party agrees to mediate, but then unreasonably causes the mediation to come unstuck, that party may be penalised on costs (in the Earl of Malmesbury v Strutt & Parker [2008] the successful claimant had a 20% reduction of the costs recoverable in relation to the hearing on damages as a consequence of its conduct in a mediation).

One final thought: claim issue fees increased substantially in 2015 (in many cases by more than 600%, increasing fees from £1,720 to £10,000 for claims of more than £250,000) and there is a growing thought that access to justice for small and medium-sized enterprises (SMEs), in particular, is being denied. In light of this, ADR clauses increase in importance as they offer a real alternative to finding a solution before the court fees bite.

Furthermore, in Jackson LJ’s review of civil litigation costs, Jackson LJ recommended a serious campaign to ensure that all practitioners (and through them their SME clients) are properly informed about the benefits of dispute resolution. An online dispute resolution (ODR) advisory group published its report in February 2015 recommending a state ODR system (proposing a new online court – HM Online Court (HMOC)). The ODR advisory group suggested a three-tier HMOC structure of dispute avoidance, dispute containments and dispute resolution. The hope is to have HMOC operational by 2017.

ADR clauses must embrace the potential that ODR and the HMOC have to offer and reflect a clear new alternative in any dispute resolution clauses. 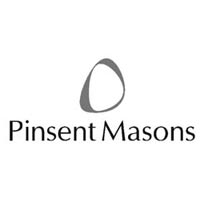 Pinsent Masons in The Legal 500