For over 100 years property and liability insurance law has largely been governed by the Marine Insurance Act 1906, a product of careful thought and drafting that codified the previous 200 years of case law. Times have changed, however, particularly in the speed of communications, the availability of information and the development of the law. The asymmetry of the parties’ positions, whereby the insured knew everything about its affairs and the insurer knew nothing, is today very different. This has resulted in a great deal of activity in the review by trade bodies and the Law Commissions (of England and Scotland) of insurance law over the past ten years, culminating in two recent bills, the Third Parties (Rights against Insurers) Bill (the Third Parties Bill) and the Consumer Insurance (Disclosure and Representations) Bill (the Consumer Insurance Bill).

The Third Parties Bill received its second reading in the House of Lords on 9 December 2009 and is intended to modernise the Third Parties (Rights against Insurers) Act 1930 (the 1930 Act), codify the current law, and make it quicker, easier and cheaper for a victim to recover compensation from an insurance company directly. The 1930 Act was intended to allow victims (especially of motor accidents) to receive insurance payments directly instead of their payment into the insolvent insured’s estate. The Third Parties Bill should enact the following changes:

As usual, the insurer is entitled to take any defence that it could have raised against the insured, subject to three exceptions:

The Third Parties Bill does not apply to reinsurers and therefore the current uncertainty in relation to the operation of cut-through clauses by an insured against a reinsurer will remain.

The Third Parties Bill is currently before the House of Commons but it still needs to complete several stages before it can receive royal assent and become law. Given the current uncertainty over the general election, it is unlikely that Parliament will be able to complete the process, but when considering the need for the Act and its general all-party support, it is likely that it will become law relatively soon.

The Consumer Insurance Bill relates only to consumer insurance, which involves contracts of insurance entered into by individuals wholly or mainly for the purposes unrelated to that individual’s trade, business or profession. The comprehensive code identified in 2006 as the goal of the Law Commissions has been reduced considerably, and now relates to pre-contract disclosure and misrepresentation and intermediaries, while warranties, post-contractual good faith and interest on late payment of claims have been deferred. In essence it codifies what the Financial Ombudsman Service already does for consumers. The position of non-consumers will be addressed later this year and it is likely that some of the current proposals will reappear, although perhaps watered down.

The most important reform is the abolition of the duty of disclosure, which is the bedrock of the insurers’ investigation of the moral hazard of the insured and the font of its draconian remedy of avoidance, which when applied means that the insurance contract simply never existed. It is designed to ensure that the potential insured reveals to the insurer all material aspects of the risk. It is not possible to oust these new rules by contract, which would include choosing another law as the applicable law of the policy. The duty of disclosure is replaced by a new duty to take reasonable care not to make a misrepresentation. Reasonable care is defined in very general terms and operates in the light of all relevant circumstances, of which the Consumer Insurance Bill provides some illustrations. For example:

The test of reasonableness is objective – the reasonable consumer – with a subjective element in that the consumer’s characteristics are to be taken into account if the insurer was or should have been aware of them. Any element of dishonesty on the part of the consumer will still have terminal consequences, even if the answer that they gave would also have been given by an honest insured. The test of reasonableness is explained by the Law Commissions in their report. An insured will have acted reasonably if:

A positive statement is required to found a misrepresentation, although this would be included by any failure of a consumer to comply with an insurer’s request to confirm particulars previously given. The insurer still has to prove that it was induced by the misrepresentation to enter into the contract.

Who Acts for Whom?

It has always been a source of some dispute for whom and in what capacity an intermediary may be acting. During that last wave of contingent commissions paid by insurers to brokers for a more focused introduction of insurance business, the underlying documentation seeking to valorise such payments contained several ingenious rationales to justify the work carried out by brokers for the benefit of insurers. The courts have leaned gently towards the possibility of dual agency but the tenor of case law over the past 200 years is that an intermediary acts for one party only at any one time, unless it can obtain the informed consent of that party to act also for the other. The Consumer Insurance Bill looks at this and states that there are three cases in which the agent is to be treated as the agent of the insurer:

The Consumer Insurance Bill does not reform the law relating to warranties, although it does remove the possibility for insurers to rely on ‘basis’ clauses, which convert every answer in a proposal form into a warranty so that an insurer’s liability is automatically terminated at the date of breach of warranty whether or not it is relevant to the loss.

The Consumer Insurance Bill also looks at the position of the insureds under group insurance, in which any insured couldsuffer from the consequences of acts or omissions of another party where it is notin fact at fault.

The Law Commissions are planning a programme of future work for 2010, which includes issues papers on damages for late payment, the insured’s post-contractual duty of good faith, and a policy statement on non-disclosure, misrepresentation and warranties in business insurance. How far the changes proposed in the Consumer Insurance Bill will be effected similarly for businesses remains to be seen.

Other areas of reform

Three issues still in debate include the law on insurable interest, damages for late payment of claims and a redraft of the general principles of insurance law throughout Europe. Insurable interest has been characterised by the Law Commissions as complex and difficult to understand, but has socially desirable effects and is not just a legal technicality. Before the Gambling Act 2005 (the 2005 Act), anyone taking out property insurance needed to have a legal or equitable interest in the property or a right to it under a contract, without which the insurance contract was unenforceable. In England this requirement for insurable interest appears to have been removed by the 2005 Act, though more by accident than design. Under English law indemnity insurance contracts without insurable interest are now enforceable. But anomalies exist. Parents still cannot insure the lives of their children. Fiancés cannot insure fiancées, and vice versa. Group insurance and the relevant interest required remains unclear.

There is argument as to whether the 2005 Act has removed the requirement for insurable interest in a marine insurance contract, but either way it is still a criminal offence to take out a contract of marine insurance without interest. The quantum allowed for keyman insurance is not clear. In general, non-life non-indemnity insurance still requires an insurable interest, although there is little need for it. Australia has abolished this need, but its absence enables anyone to insure the life of another, taking us back to the days when the populace insured the lives of public figures, such as George II and Sir Robert Walpole (and newspapers published odds on their deaths), a feature that might cause discomfort or unease to some.

A claim under an insurance contract is technically a claim for damages for breach of the insurer’s indemnity and there is no right under English law to claim damages for late payment of damages. The courts have a discretion to award interest but these often do not reflect the insured’s true loss. The Law Commissions propose to review the area this year.

Finally, the Project Group on a Restatement of European Insurance Contract Law has been working for a decade on the relevant principles, which were launched in September 2009 and can be applied by the parties to an insurance contract in place of a national law. The work is not finished and will require some form of legislation to become binding, but it is likely that such legislation will be introduced to allow them to operate efficiently. 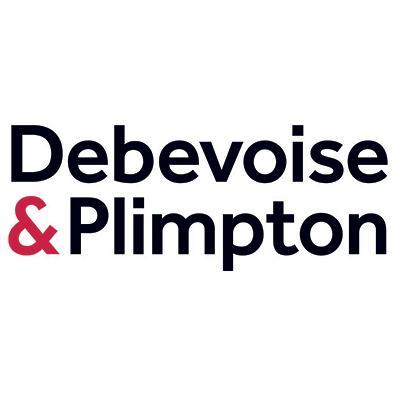 Debevoise & Plimpton LLP in The Legal 500

Access all areas: how safe is your commercially sensitive environmental information?

Access to environmental information often creates conflict between the rights of citizens to understand the environment in which they live and the legitimate confidential interests of businesses that provide services to public bodies. The Environmental Information Regulations (EIR) 2004 came into force over five years ago, but there are still frequent skirmishes in the courts …

END_OF_DOCUMENT_TOKEN_TO_BE_REPLACED

As an increasing number of criminal offences are now covered by the confiscation regime, Caroline Lee (left) and James Moss (right) look at how the legislation has been used and provide guidance for in-house lawyers who may face the consequences Many jurisdictions have legislation that permits regulators to confiscate assets obtained by those convicted as …

END_OF_DOCUMENT_TOKEN_TO_BE_REPLACED

The Borders, Citizenship and Immigration Act (BCIA) 2009 received Royal Assent last year. BCIA 2009 makes changes to border functions and several miscellaneous immigration matters. However, the most significant change it introduces affects how foreign nationals may acquire British citizenship in the UK. This article seeks to highlight these changes in some detail. Introduction An …

END_OF_DOCUMENT_TOKEN_TO_BE_REPLACED

Last year saw an increase in legislative activities concerning competition law in several central and eastern European (CEE) and south-east European (SEE) countries. The non-EU member countries in the region continue to harmonise their competition law regimes with international standards applicable in most jurisdictions in the EU. This should facilitate the competition law assessment for …

END_OF_DOCUMENT_TOKEN_TO_BE_REPLACED

Damages and contracts in the UAE

In light of the recent economic developments in the gulf region and more specifically in the UAE, many disputes have stemmed out of contracts. To be in a position to claim damages under contracts (amongst other remedies offered by the UAE legal system) the claimant or the defendant should be more familiar with the contractual …

END_OF_DOCUMENT_TOKEN_TO_BE_REPLACED

Several high-profile data security breaches have made the headlines in recent times involving the loss of personal information relating to hundreds, if not thousands, of individuals. In many cases the information was stored on unencrypted laptops that were either lost or stolen.

Death of the salesman? Implications of a landmark ruling

END_OF_DOCUMENT_TOKEN_TO_BE_REPLACED

Delays in European patent litigation: is the tide turning?

END_OF_DOCUMENT_TOKEN_TO_BE_REPLACED

Health and safety in Scotland: changes to regulatory landscape

This article reviews the health and safety regulatory regime in Scotland, which has been transformed over the past year. It tracks the development of the dedicated Health and Safety Division, the move towards the pursuit of individuals for health and safety offences, and what this means for organisations and senior staff in Scotland.

Nathan Peacey (left) and Davina Watson (right) discuss Jackson LJ’s findings and his suggestions for reform to control costs, changing the civil litigation landscape to promote access to justice through new management procedures IN 2008 AMID MOUNTING CONCERN among the judiciary at spiralling litigation costs, the Master of the Rolls commissioned Jackson LJ to undertake …