Even within a recovering rental  market, the impact of insolvency can be severe. In particular, the power to disclaim a lease as onerous property can have significant implications for not only parties to the lease but also group companies (acting as guarantor), sublessees and mortgagees.

As the recent case of Schroder Exempt Property Unit Trust v Birmingham City Council [2014] demonstrates, the impact will be felt not only for contractual liabilities but also in respect of liabilities owed to third parties, such as for non-domestic rates of unoccupied premises. It is essential for all parties to be familiar with the practical realities of a leasehold disclaimer in order that the necessary steps to protect their position can be taken.

THE POWER TO DISCLAIM

A liquidator or trustee in bankruptcy may disclaim onerous property by giving the prescribed notice (Insolvency Act 1986 ss178–182 (companies); ss315–321 (individuals)). A court will not interfere with the decision to disclaim unless there is bad faith or perversity. Leases are readily seen as onerous property given that they include obligations to pay rent and carry out repair works. However, the lease must be wholly disclaimed or not at all; it is not possible to disclaim only part. The position is the same for trustees in bankruptcy, save that the court’s permission is required for any after acquired property or certain personal property of the bankrupt (see Insolvency Act 1986, ss307 and 315).

Upon receipt of a notice of disclaimer it is always advisable to check closely that the mandatory requirements have been complied with, as, if not, the disclaimer will be invalid. In summary the requirements are:

1. The notice of disclaimer must contain such particulars of the property disclaimed as enable it to be easily identified
(Insolvency Rules 1986, Rule 4.187 and Rule 6.178).

2. The notice must be authenticated and dated by the liquidator (Insolvency Rules 1986, Rule 4.187 and Rule 6.178).
3. As soon as reasonably practicable after the date of the notice, the liquidator must send a copy to the registrar of companies (and the trustee in bankruptcy must send the same to the court) and, if the disclaimer is of registered land, a copy must also be sent to the Chief Land Registrar (Insolvency Rules 1986, Rule 4.187 and Rule 6.178).
4. Within seven business days after the date of the notice, the liquidator must give or send copies of the notice to (Insolvency Rules 1986 Rule 4.188 and Rule 6.179):
a) any person who (to their knowledge) claims under the company as mortgagee or underlessee;
b) every person who (to their knowledge);
i) claims an interest in the disclaimed property, or
ii) is under any liability in respect of the property, not being a liability discharged by the disclaimer;
c) if the disclaimer is of an unprofitable contract, to the parties to the contract or who have an interest under it;
d) in the case of bankruptcy, where the disclaimer is of property in a dwelling-house, the trustee must also give a copy to every person who (to their knowledge) is in occupation of, or claims a right to occupy, the house (Insolvency Rules 1986, Rule 6.179(3)).
5. However, a notice of disclaimer may not be given in respect of any property if:
a) a person interested in the property has applied in writing to the liquidator requiring them to decide whether they will disclaim or not, and
b) a period of 28 days beginning with the day on which that application was made, or such longer period as the court may allow, has expired without a notice of disclaimer having been given in respect of that property (Insolvency Act 1986, s178(5)and s316). If a trustee in bankruptcy fails to do so, they will become personally liable under the lease (unlike a liquidator).

In the leasehold context, a disclaimer does not take effect unless the liquidator or trustee has served a copy of the disclaimer (so far as they are aware of their addresses) on every person claiming under the tenant and either (Insolvency Act 1986, s179(1) and s317(1)):

A disclaimer is presumed valid and effective unless it is proved that the rules about giving notice of disclaimer have been broken (Insolvency Rules 1986, Rule 4.193 and Rule 6.185).

THE EFFECT OF DISCLAIMER ON THE IMMEDIATE PARTIES TO THE LEASE

‘A disclaimer under this section:

a) operates so as to determine, as from the date of the disclaimer, the rights, interests and liabilities of the company in or in respect of the property disclaimed; but

b) does not, except so far as is necessary for the purpose of releasing the company from any liability, affect the rights or liabilities of any other person’.

Therefore, as between the landlord and tenant, the lease determines (Hindcastle v Barbara Attenborough Associates[1997] at paragraph 87) and, in the absence of any affected third parties, the lease simply ceases to exist. Both of the parties’ rights and liabilities under the lease terminate. Consequently, the landlord is entitled to possession immediately upon the disclaimer and, if the tenant remains in possession, it does so as a trespasser (In the Matter of MK Airlines Ltd[2012] at paragraphs 58-59).

A landlord will not be entitled to prove in the insolvency for future rents due after the disclaimer, as its entitlement to those rents no longer exists, but can prove for statutory compensation within the insolvency (Insolvency Act 1986, s178(6) and s315(5)).

THE EFFECT OF DISCLAIMER ON  THIRD PARTIES TO THE LEASE

By contrast, and pursuant to Insolvency Act s178(4) and s315(3), the disclaimer does not relieve a surety or former tenant from liability. While the lease no longer exists, there is a statutory fiction by which the lease is deemed to continue for rights and liabilities other than those of the insolvent party. Lord Nichols stated in Hindcastle, the leading House of Lords decision on disclaimers of leases (at paragraph 88):

‘… the statute takes effect as a deeming provision so far as other persons’ preserved rights and obligations are concerned… Thus when the lease is disclaimed it is determined and the reversion accelerated but the rights and liabilities of others, such as guarantors and original tenants, are to remain as though the lease had continued and not been determined. In this way the determination of the lease is not permitted to affect the rights or liabilities of other persons’.

Therefore, despite a disclaimer of the lease, the following will remain liable for the ongoing obligation to pay rent and observe the tenant’s covenants (Hindcastle):

Such liability will only come to an end if and when the landlord retakes possession; but the landlord is under no duty to do so.

The disclaimer (or the insolvency itself) may be a forfeiting event and a landlord may, therefore, be entitled to forfeit the headlease (and terminate any subleases) as a result, independently of the deeming provisions.

THE EFFECT OF DISCLAIMER ON THIRD-PARTY DERIVATIVE INTERESTS

Similarly, derivative interests, such as subleases and mortgages of the disclaimed leasehold, continue, as it is not necessary for their determination in order to free the insolvent tenant from liability. As Lord Nichols reasoned in Hindcastle(at paragragh 89):

The landlord is unable to enforce the tenant covenants in the disclaimed lease against the subtenant, until any vesting order is made, as the subtenant is not a party to the lease.

Of course, if the landlord does forfeit, the subtenant is entitled to seek relief from forfeiture and a vesting order under the Law of Property Act 1925, s146(4) (Barclays Bank Plc v Prudential Assurance Co Ltd [1998]). It must be noted that the relief will be on terms that the subtenant pay the arrears of rent due under the disclaimed lease and not merely that under the subtenancy.

THE EFFECT OF DISCLAIMER ON LIABILITY FOR NON-DOMESTIC RATES

Until Schroder it was unclear whether the liability for non-domestic rates of unoccupied premises switched to the landlord immediately upon a disclaimer of the insolvent tenant’s lease or only from when the landlord took possession. In Schroderthe High Court finally held that a landlord becomes entitled to immediate possession upon a disclaimer and, as such,  is liable for such business rates.

Briefly, liability for unoccupied non-domestic rates attaches to the ‘owner’ of the property (Local Government Finance Act 1988, s45(1)) which is defined by s65(1) as being the person ‘entitled to possession of it’. In Sobam BV and Satelscoop BV, Brown v City of London Corporation [1996], this was interpreted as being only the person ‘immediately’ entitled to possession.

In Schroder Hickinbottom J held that:

As a consequence of this recent decision, it is now clear that a landlord will become liable for non-domestic rates of unoccupied property immediately upon the disclaimer. Of course, in many situations the landlord will be able to pass this liability on to a surety, but nonetheless it is a potentially significant liability of which all landlords and institutional investors ought to be aware.

An application for a vesting order of the remainder of the term of the disclaimed lease may be made by (Insolvency Act 1986, s181(2) and s320):

Therefore, the following parties may apply for a vesting order within three months of becoming aware of the disclaimer (Insolvency Rules 1986, Rule 4.194 and Rule 6.186):

A party without a proprietary interest, such as a mere licensee, has no right to apply for a vesting order.

Further, a landlord may apply to the  court requiring a subtenant or mortgagee  to take a vesting order of the disclaimed lease (Insolvency Act 1986, s182 and  s321). This has the effect of putting  that party to election whether to take  a vesting order. If the party declines  to accept a vesting order it is excluded  from all interest in the property and, therefore, a subtenant may lose its right to possession of the premises as its subtenancy will terminate (Re AE Realisations Ltd).

The court has a broad discretion to make  a vesting order on such terms as it thinks fit (Insolvency Act 1986 s181(3) and s320(3)). However, the court must not  make an order vesting a leasehold in any person claiming under the insolvent tenant as sublessee or mortgagee except upon terms making that person (Insolvency Act 1986, s182(1) and s321(1)):

Where there are a number of applicants for a vesting order, the court will hear all the applications before the disclaimer takes effect (Insolvency Rules 1986 Rule 4.194(7) and Rule 6.186(7)).

Where a landlord’s leasehold is disclaimed, identical principles apply as above. Where there is a disclaimer of the landlord’s freehold, the freehold escheats to the Crown (see Scmlla). In short:

Where an insolvent tenant disclaims the lease, a landlord ought to give consideration to:

Alternatively, if an insolvent landlord disclaims its interest, a tenant or subtenant ought to consider: 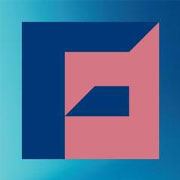 An exercise in discretion

Contractual terms relating to the payment of bonuses by one party to another are ripe for dispute, particularly where those terms involve the exercise of discretion by the paying party. The proceedings brought by Andrew Brogden and Robert Reid against Investec Bank (Brogden & anor v Investec Bank Plc [2014]) are a further reminder of …

END_OF_DOCUMENT_TOKEN_TO_BE_REPLACED 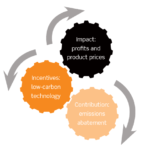 END_OF_DOCUMENT_TOKEN_TO_BE_REPLACED

The Court of Appeal has delivered its verdict as to whether Blake LJ was correct in concluding that the minimum income requirement (MIR) for applicants submitting entry clearance applications was indeed unlawful. The much anticipated decision may be deemed controversial as it unanimously held that the stringent requirements were not disproportionate and did not interfere …