The institution of the EPPO was established to increase protection of the financial interests of the EU, as the already existing competent authorities, namely the European Anti-Fraud Office, Europol and Eurojust lacked the necessary competence to start, perform, and finalise criminal investigations. They could only inform the authorities of each member state regarding the results of ongoing investigations and each national authority would independently decide whether or not to start a criminal investigation.

The limited competence of these three institutions led to inconsistent national case law in member states, in the sense that different and sometimes contradictory rulings were rendered in similar cases.

The establishment of the EPPO was necessary also because the competence of these criminal investigation authorities was limited to the national territory of each state. An effective co-operation between member states was therefore difficult, given the extra-territorial elements of such crimes and the high value of damages caused.

It was on the offset of this background that the EPPO was established (through Regulation no. 2017/1939 EPPO Regulation), as the generally competent authority with power to investigate and indict persons and/or legal entities who perpetrate criminal activities against the budget of the EU in all member states, through European delegated prosecutors (EU prosecutors). Such EU prosecutors will perform criminal investigations in their own states, co-operating with judicial authorities and auxiliary national authorities, and applying national law.

The EPPO Regulation was transposed in Romania through Law no.6/2021 (Romanian EPPO Law), in order to apply the dispositions relating to the EPPO.

The permanent chamber, in its capacity as a collective organism charged with the supervision of EU prosecutors, has the role of a national superior prosecutor.

The EPPO investigates, charges and indicts participants to crimes against the financial interests of the EU or in relation to these, perpetrated on the territory of a state or multiple member states.

For example, the EPPO competence can extend to crimes strictly related to crimes against the financial interests of the EU (transposed in Romania in articles 181-185 of Law no.78/2000), but also to crimes of corruption, VAT fraud, money laundering (if it relates to amounts of money or goods resulting from crimes which affected the financial interests of the EU) and diversion of funds (obtained from the EU budget or from budgets administered by the EU).

In Romania, in order to streamline the criminal investigation in such cases, at a central level, a ‘structure to support European delegated prosecutors in Romania’ was formed within the National Anticorruption Direction (DNA), which is active alongside the EU prosecutors. The respective structure also operates in key Romanian cities such as Cluj Napoca, Iasi and Timisoara. According to public information, on 2 August 2021, a seventh EU prosecutor was designated to act in Romania.

Article 4 paragraph 1 of the Romanian EPPO Law states that whenever legal provisions refer to a case prosecutor or to criminal investigation authority, such reference is considered to also be made to EU prosecutors. As a result, from a functional level the EU prosecutor acts as a national prosecutor. The difference lies in the material competence.

The material competence of the EU prosecutors is governed by the provisions of article 22 of the EPPO Regulation. The general criteria on which it is based refers to the specific crime, the form of guilt, as well as the prejudice caused. The provisions of article 25 of the EPPO Regulation also highlights that the EU prosecutors can exercise their competence in crimes perpetrated in Romania, both from the start of a criminal investigation, but also during the course of an ongoing investigation performed by national prosecutors (known as the right to evocation).

Finally, in case of a conflict of competence between an EU prosecutor and a national prosecutor, such conflict will be settled by the general prosecutor of the Prosecutors’ Office attached to the High Court of Cassation and Justice (according to article 6 paragraph 3 of GEO no.8/2019).

In regards to the competence of the Romanian courts to judge cases investigated by the EU prosecutors, the Romanian EPPO Law established that the Tribunal is competent to judge such cases.

As an exception, should the capacity of the defendant require a special personal competence, the Court of Appeals or the High Court of Cassation and Justice will be competent to judge such cases.

Nevertheless, given the specifics of the crimes investigated by EU prosecutors, the judges which will handle such cases will have to be specialised in corruption crimes, as provided by article 29 of Law no.78/2000.

Furthermore, in regards to the competence of the prosecutors to present the case in front of the national courts, article 60 of the EPPO Regulation provides that the EPPO can be represented by EU prosecutors (in principle), or the EU prosecutor designated to supervise the investigation. Nevertheless, such cases can also be presented in court by national prosecutors who handled the criminal investigations in the respective case files.

The EPPO will become an increasingly important criminal investigation authority and will be essential in the fight against crimes perpetrated against the financial interests of the EU. The national authorities will collaborate with more ease in order to completely investigate international fraud schemes and a higher specialisation in this field is expected.

As such, the collaboration between legal professionals in such cases will be even more important, as national law firms will have to collaborate closely with their foreign counterparts in order to offer a cursive line of defence in such cases. 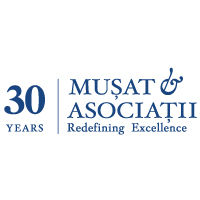 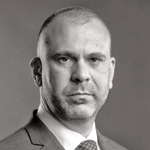 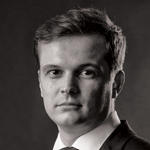 END_OF_DOCUMENT_TOKEN_TO_BE_REPLACED

Flexible working: preparing for the future