It appears that the right time for a face lift is when the spirit needs a nuance of rejuvenation and the elements for doing so are all to hand. Similarly, as a brand is the face of an organisation the time for a ‘face lift’ of a business organisation is when opportunities present themselves and there is a need to revitalise. The European Parliament has now provided that opportunity and necessity for businesses to think seriously about getting a new face for their brands in view of the new legislation.

The forthcoming alterations to trade mark law and practice have already been discussed at length in various industry briefings. This article focuses on key issues from an enforcement perspective and considers subsequently their impact on prospective claimants/defendants more generally.

The European Commission has now published the new Trade Marks Directive (Directive (EU) 2015/2436) and the amended Community Trade Mark Regulation (Regulation (EU) 2015/2424) (the Amending Regulation). The Amending Regulation will come into force on 23 March 2016 and governs the rules applicable to the newly-conceived EU trade mark and the Office for Harmonization in the Internal Market (OHIM) itself, which is to be renamed the European Union Intellectual Property Office (EUIPO) . The new Directive came into force on 13 January 2016, and is intended to harmonise further the national trade mark systems and laws of the individual member states of the European Union.

Summary of key administrative changes and alterations in examination practice

Instead, the implementation of the Amending Regulation will introduce a new ‘one-fee-per-class-system’ for EU trade mark applications. However, although the changes to the fee structure will make filing for one and two classes less expensive (€850 and €50 respectively), the cost of filing for three or more classes will actually increase, with the cost of the third class and additional classes above that amounting to €150 each.

By contrast, renewal fees will decrease more generally, with the comparable cost of renewing a mark in three classes falling by approximately €300. Given the fluidity of business in the digital age, with online services flowing seamlessly across borders, the importance of securing protection in each of the 28 member states is increasing. The amendment to the OHIM’s existing price structure is therefore a welcome fillip for small and medium-sized enterprises (SMEs) and start-ups, who may have been dissuaded previously from pursuing European-wide protection in favour of a less expensive national application.

Reflecting changes in Court of Justice of the European Union (CJEU) case law over the last few years, the regulation has also been amended to ensure that non-traditional marks consisting of functional elements, such as colour or sound, are subject to the same prohibitions applied to shape marks. Accordingly, where a sign consists exclusively of a colour, sound ‘or another characteristic’, which (i) results from the nature of the goods themselves; (ii) is necessary to obtain a technical results; and/or (iii) gives substantial value to the goods, registration of the sign in question will be prohibited. Again, equivalent changes will also affect national trade marks.

One potentially significant amendment can be found in Article 4(5) of the new Directive and relates to the admissible dates for evidence of acquired distinctiveness in invalidity proceedings. Whereas previously such evidence had to relate to the period prior to the filing date of the application, the new Directive expands the potential pool of evidence to encompass all use up to and including the date of application for the declaration of invalidity itself. As a result, it should in practice be easier for trade mark proprietors to overcome invalidity objections based on distinctiveness/descriptiveness grounds, presuming sufficient use has been made of the mark.

In many circumstances where such an arrangement is implemented, the earlier national application serves merely as a ‘place holder’ pending product launch in the EU. Accordingly it is unlikely that there will be any evidence of use (whether in the EU or elsewhere) preceding the filing date of the national mark. In that context, even if use has commenced in the EU within the six-month priority window and prior to the filing of an EU trade mark, such evidence will not be admissible in the event of an absolute grounds objection. The failure of the forthcoming amendments to explicitly address this issue and thereby accept evidence post-dating the priority date removes a highly significant tool for rights holders, namely the ability to surreptitiously file defensive marks in anticipation of an imminent product launch.

Under the Amending Regulation, proprietors of EU trade marks will be entitled to benefit from enhanced protection against counterfeit goods in transit in the EU. In particular, goods not intended for the EU market can now also be seized, unless they are not considered to infringe in their state of ‘final destination’. The burden of proof in this regard will be on the alleged infringer. Similarly, it will be an infringement to affix trade marks to packaging, labels, security or authenticity features and to sell, stock or import such packaging, labels, tags, security tags. Again, this reflects recent changes in case law, such as the Nokia decision and is stated to help trade mark owners fight counterfeiting more effectively.

An uncertain scope of protection?

As a result of the CJEU’s famous decision in ‘IP Translator’ there have also been changes with regard to the scope of protection provided for specifications covering a ‘Nice’ class heading. An applicant for a trade mark who designates the general indications of a particular class heading of the Nice Classification to identify the goods or services for which protection is sought must specify whether its application for registration is intended to cover all the goods or services included in the alphabetical list of the particular class concerned, or only some of those goods or services. If the application concerns only some of those goods or services, the applicant is required to specify which of the goods or services in that class are intended to be covered. In addition to codifying this practice for trade marks filed after the judgment in ‘IP Translator’, the Amending Regulation also seeks to extend this practice to marks incorporating so-called ‘Class Headings’ that were filed prior to IP Translator.

Accordingly, proprietors of EU trade marks applied for before 22 June 2012 which are registered in respect of the entire heading of a particular class of products are entitled to make a declaration to the EUIPO that their intention on the date of filing had been to seek protection in respect of goods or services beyond those covered by the literal meaning of the heading of that class, provided that the goods or services so designated are included in the alphabetical list for that class in the edition of the Nice Classification in force at the date of filing.

In other words, a proprietor of an EU trade mark whose mark was filed prior to 22 June 2012 and in respect of which protection can be understood to fall within the literal meaning of the class heading as originally filed does not need to take any further action. However, should clarification be required, a declaration can be lodged at the EUIPO by 24 September 2016, indicating in a clear, precise and specific manner, the goods and services claimed beyond those covered by the literal meaning of the indications of the class heading. The EUIPO will then take appropriate measures to amend the Register accordingly. The period during which such declarations can be made will run from 23 March 2016 until 24 September 2016.

European Union trade mark law has been the subject of studies, reform and revision over the last few years, which included numerous changes in case law following landmark decisions such as IP Translator on the scope of protection afforded by a specification covering a Nice class heading, various case law on non-traditional marks such as the Oberbank/Santander decision on the colour mark red, and the Apple shopfront trade mark case, to name but a few.

It may indeed be time for a face lift for brands within the European legislative environment and attention should be paid to revising goods specifications and ensuring that new protection is put in place that corresponds to a company’s product and service offering. The true beauty of the brand will become apparent to all following this therapeutic approach. 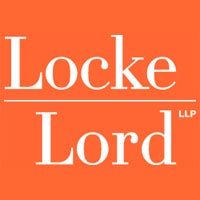 Locke Lord in The Legal 500