Credit Rating Agencies (CRAs) have recently been on the receiving end of increasingly close scrutiny by regulators as decision-makers on both sides of the Atlantic have asked serious questions of the role and structure of the established CRAs. The ongoing US Senate and New York Attorney General investigations into the financial crisis, together with recently enacted EU legislation to regulate CRAs more closely, mark significant steps towards reform in the credit ratings sector. Banks and financial institutions will be well-served to pay close attention.

A CRA is an independent institution that provides an opinion on an entity’s ability to pay its debts on a timely basis, providing ‘ratings’ on entities issuing debt to enable a third party to assess investing, lending or purchasing from the debt issuer. CRAs also provide ratings on individual products sold by financial institutions and corporates. The ratings offered by the leading CRAs vary by agency, but the same principles are applied. High ratings (often referred to as ‘triple-A’) denote an extremely strong capacity to meet financial commitments whereas a low rating indicates an entity that has defaulted on financial commitments.

Allegations are rife that the CRAs played a central role in the global financial crisis. Commentators suggest that the high ratings given to mortgage-backed securities, together with sharp and substantial downgrades to companies and product ratings when the US housing market began to freefall, contributed to the crisis.

The leading CRAs operate in an ‘oligopolistic’ market. Global institutions use primarily only the leading agencies, with competition in the market highly restricted. In addition, potential conflicts of interest often arise where a leading agency is providing several services to one client, effectively compromising its ability to provide independent ratings for each separate arm of the business. Consequently, the CRAs’ ability to provide neutral ratings is potentially compromised.

Nevertheless, and despite criticism of the CRAs’ lack of independence (particularly about favourable ratings provided in respect of subsequently failing companies and products), global financial institutions, corporates, investors and sovereign debt issuers still place great reliance (perhaps out of necessity) on the leading agencies.

Historically, there has been limited regulation of the CRA market. In fact the regulators may have exacerbated the problems. Regulators have traditionally designated the leading CRAs as the only acceptable ratings providers in certain markets. As a result, critics consider that the market structure for CRAs has been fundamentally flawed.

The aftermath of the global financial crisis has put a spotlight on CRAs both in the US and the EU.

Response in the US

In December 2009 the Obama administration proposed reform in respect of CRAs as part of comprehensive legislative proposals included in the Financial Regulatory Reform Bill. The Bill seeks to tackle conflicts of interests and create increased openness for CRAs; to subject an analyst’s past work to increased scrutiny where they are hired by a customer; to require CRAs to disclose their fees, ratings history and provide detailed methodologies; and to ban CRAs from offering consultancy work for ratings clients.1 These proposals are now being fleshed out in the US Senate as the Bill moves towards finalisation.

The Senate is closely examining the roles played by CRAs in the financial crisis. The Senate Permanent Subcommittee on Investigations has questioned whether CRAs bowed to pressure from investment banks in assigning high grades on subprime mortgage-backed securities and consistently ignoring obvious warning signs.2 CRAs now face several investigations: significantly, New York attorney general Andrew Cuomo is reported to have recently handed out subpoena to leading CRAs (in addition to leading financial institutions) as part of his criminal investigation into practices in the run-up to the financial crisis;3 reports also indicate that the Californian attorney general has sought a court order to require one of the leading CRAs to ‘explain why it gave its highest rating to risky and toxic’ mortgage-backed securities.4

Response in the EU

The EU has approached legislative reform of CRAs at a faster pace. On 17 November 2009 the European Parliament and Council approved the Credit Rating Agencies Regulation (1060/2009/EC) (CRA Regulation).5 This legislation became immediately effective (save for certain limited exceptions) in all member states.

The EU has also proposed amendments to the Capital Requirements Directive (CRD 2). These amendments may also impact on the role of CRAs as they seek to clarify the assessment of a company’s overall capital; to introduce restrictive lending measures on companies with large exposures; to improve the risk management of securitisation; to upgrade disclosure standards of a company’s accounts; and to impose higher capital requirements for re-securitisation. The FSA is consulting on the implementation of these amendments in the UK and plans to give feedback later in the year. CRD 2 must be implemented by 1 January 2011.7

The CRA market seems set to continue as a focus for financial regulators. In the US, legislative committees will continue to probe the CRAs’ role in rating high-profile, extremely complex but ultimately flawed financial instruments. CRAs will face increased regulatory scrutiny and will need to ensure that procedures are in place to greater justify the ratings provided. CRAs will also need to work hard to re-establish their reputation and independence.

However, legislative and regulatory reform in the US and EU has so far failed to propose an alternative to the ‘issuer-pay’ model by which CRAs are remunerated by the debt issuer. At EU-level, discussions on CRD 2 to move towards an ‘investor-pay’ model foundered. In addition, the regulators have not yet addressed the stranglehold on the market of the leading CRAs. Until then, leading CRAs will continue to dominate the financial markets and global financial institutions will keep referring to ratings provided by a restricted number of CRAs.

Banks and financial institutions may consider seeking alternative ratings sources. Reports suggest that the Bank of England has recently proposed to undertake its own risk assessments for many classes of collateral, offering itself as an alternative to CRAs. As a neutral credit assessor, it could provide investors with a robust alternative for reliable, independent and high-quality ratings.8 The European Commission is also reputedly considering the establishment of a European credit rating agency.

Banks and financial institutions will hope that ongoing regulatory pressure will result in genuine reform within the CRA market, resulting in increasingly independent and reliable ratings and more stable markets. 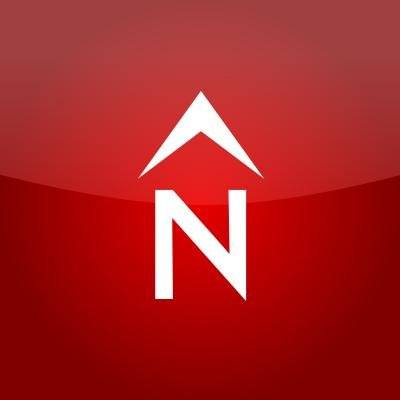 Norton Rose Fulbright in The Legal 500

END_OF_DOCUMENT_TOKEN_TO_BE_REPLACED

The internet promised a revolution in retailing. ‘One-click’ shopping was heralded as the ultimate in ease and comfort for savvy shoppers. While this remains largely true, increasingly the online retailing experience is characterised by a myriad of terms and conditions (T&Cs), privacy policies, order confirmation e-mails and delivery status notifications that need to be either …

END_OF_DOCUMENT_TOKEN_TO_BE_REPLACED

On 28 April 2010 the British Columbia (BC) government introduced Bill 17, the Clean Energy Act (the Act), into the legislature for its first reading. The Act provides a foundation to assist the province in achieving its goals of electricity self-sufficiency, job creation and reduced greenhouse gas (GHG) emissions. The Act builds on the work …