It is not often that a share sale of a business will be reversed so as to put the parties back to their pre-contractual position. However, when it can be shown that the buyer has been induced by a fraudulent misrepresentation on behalf of the seller, in some narrow circumstances, a court will uphold a buyer’s election to rescind the contract. The High Court’s recent ruling in Erlson Precision Holdings Ltd (formerly GG 132 Ltd) v Hampson Industries plc [2011] has provided a useful example of when inaction on behalf of a representer can lead to a fraudulent misrepresentation, thereby allowing the representee to rescind a share purchase agreement (SPA).

Fraudulent misrepresentation is established where a party to a contract was induced by a false representation that was made either:

The claimant does not need to show that the defendant knew that the statement was false, it is enough that there was an absence of an honest belief. In a claim based on an implied representation, the court must consider ‘what a reasonable person would have inferred was being implicitly represented by the representer’s words and conduct in their context’ (IFE Fund SA v Goldman Sachs International [2006]). The standard of proof is the usual civil standard of proof on the balance of probabilities, although a court will normally require stronger evidence when the allegation is more serious, as it is less likely that what is alleged in fact actually occurred (Re H (Minors) [1996] per Lord Nicholls of Birkenhead).

The innocent party can also elect to rescind the contract. A court order is not necessary for rescission to occur (unless there is a dispute, in which case the court will decide whether or not to confirm the election to rescind), it is sufficient that the party communicates its intention to rescind the contract and that it no longer intends to be bound by it (Car and Universal Finance Co Ltd v Caldwell [1965]).

Rescission effectively enables the innocent party to retrospectively avoid the contract and entails that all contracting parties will be put back to their pre-contractual positions. However, the right to rescind may have been lost where:

From October 2009 onwards, a prospective buyer (the Buyer) was regularly provided with information which showed CTT as HPA’s second largest customer since 2003 and forecasts indicating that this was to remain the same through to 2012, with CTT continuing to bring in around 34-40% of HPA’s annual turnover.

On 30 April 2010, the CEO of Hampson was told by CTT’s representatives that it was going to terminate its supply arrangement with HPA from August 2010. The CEO recognised that this loss of revenue would have an immense impact, making HPA ‘unsaleable’. However, he decided to withhold this information from the management of HPA and the Buyer.

Over the following eight weeks, numerous presentations were given to the Buyer by HPA, with the CEO’s knowledge, providing various positive forecasts of sales to CTT in the coming years.

Despite repeated requests from CTT to the CEO that the management of HPA be told of its decision to terminate the supply arrangement, neither HPA nor the Buyer were ever told that, as of August 2010, HPA’s second-largest customer would be exiting. In fact, HPA and the Buyer believed that the transaction was progressing well and that completion of the transaction could be expected to take place around mid-June.

On 22 June 2010, CTT sent the CEO a letter by e-mail officially confirming that it had made the decision to exit the supply arrangements with HPA as of August 2010. The next day, the Buyer completed the purchase of HPA through GG Ltd, its acquisition vehicle. Later the same day, the CEO forwarded CTT’s termination letter to GG Ltd.

Although the Buyer sent an e-mail to Hampson less than a week after learning of CTT’s termination, it was not until two weeks had passed that GG Ltd formally sought to rescind the contract and accordingly brought a claim before the High Court for rescission of the SPA on the grounds that it had been induced by a fraudulent misrepresentation. It was common ground between the parties that if GG Ltd had been so induced, it was entitled to rescind the SPA.

The High Court found that GG Ltd had been induced to enter into the SPA as a result of the fraudulent misrepresentation and that GG Ltd was entitled to rescind the SPA.

Mr Justice Field held that, to establish the claim for fraudulent misrepresentation, GG Ltd had to show that the CEO was:

Field J was satisfied that the CEO had been well aware that the misleading forecasts had been communicated to the Buyer and that by not informing HPA or the Buyer of CTT’s intention to terminate its contract, he was allowing the erroneous forecasts to be relied upon.

Field J further stated that GG Ltd need not show that the CEO knew he had an obligation to the Buyer to correct the implied representation but nonetheless dishonestly decided not to correct it.

‘If… a CEO of a listed company, knew that a forecast has been falsified by events to which he was privy but remained silent intending that the forecast should be relied on by persons to whom the forecast was directly communicated, dishonesty on the part of that individual will have been proved without it being necessary distinctly and separately to show a conscious awareness of a duty to correct the statement.’

Field J stated that even if that view was wrong and GG Ltd did have to show that the CEO was aware that he had a duty to correct the statement, that burden had been discharged as:

‘… the CEO knew all too well what the effect of CTT’s termination would have been on the target company’s prospects and must have appreciated that he ought to have reported the news imparted to him on 30 April 2010 so as not to mislead buyers’.

This case provides confirmation that taking no action can amount to a fraudulent misrepresentation and that there is an obligation upon those with knowledge of reliance on incorrect statements to correct them. In these circumstances, the CEO should have corrected the statements that were being made by HPA to the Buyer as he knew that the statements being relied upon were not correct. This case therefore also provides a warning to the seller’s advisers to ensure that all proper disclosures are made to the buyer in order to avoid a breach of contract, or worse, the rescission of an SPA.

Erlson also provides an opportunity to see when a court will confirm an election to rescind a contract for the sale of a business. However, the case leaves open a number of questions. In Erlson, the court was faced with an easy task once it had decided that there was a fraudulent misrepresentation. The parties had both previously accepted that GG Ltd would be entitled to rescind the contract should fraudulent misrepresentation be established. It would have been interesting to see whether the court would have allowed rescission if it had not been accepted by both parties that the SPA could be rescinded. Two weeks had lapsed before GG Ltd brought a claim for rescission. One would assume that during that time no material changes had been made to HPA that would have prevented the parties from being put back to their pre-contractual positions, as this would affect the ability to reverse the transaction as explained in point 1 above. But what would have been a likely time limit or what changes would have had to occur within the business before the court rejected rescission as a remedy?

Unfortunately, these questions were not answered as the parties settled before the appeal lodged by Hampson could be heard. If the parties had not settled, GG Ltd would have been entitled to its £2.5m purchase price plus a contribution from Hampson for its legal costs. Instead, the parties agreed that GG Ltd would retain HPA instead of rescinding the SPA. Hampson agreed to pay £1.5m in damages to GG Ltd and to make a contribution to its costs.

END_OF_DOCUMENT_TOKEN_TO_BE_REPLACED 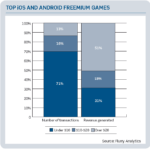