Warren Buffett famously said that: ‘It takes 20 years to build a reputation and five minutes to ruin it.’ If anything, that underestimates the speed at which events move in the digital age. Significant, and sometimes irreparable, damage can be done in the time it takes to post an ill-judged tweet. This article provides a brief overview of some of the options available to businesses concerned to protect their reputations online.

A defamation claim is the obvious option. Importantly, the Defamation Act 2013 requires claimants now to show that a defamatory statement has caused, or is likely to cause, serious harm to their reputation. In the case of bodies that trade for profit, ‘serious harm’ means serious financial loss.

Often it will be difficult to trace the author of defamatory comments posted online and the ‘victims’ of those comments may look to pursue the relevant website operator. In that situation the website operator will often have a defence provided that it complies with statutory notice and take-down procedures. These procedures may result in the offending post being removed but this can take up to nine days (sometimes more). By comparison with the length of time it takes to type 140 characters, this is too long.

Depending on the circumstances, the subject of unwanted social media attention may have a number of other causes of action available to it. Options may include a claim under the Protection from Harassment Act 1997 or for breach of confidence. A claim for malicious falsehood may be preferable to a defamation claim where the ‘single meaning’ rule is engaged. Where a post breaches a business’ intellectual property rights, there may be claims for copyright infringement, trade mark infringement or for passing off.

The fundamental problem with litigation in the context of social media infractions is that it is likely to be too slow. Courts simply cannot compete with the speed with which online content can be posted and circulated, potentially to millions of users. As explained above, even the statutory notice and take-down procedures can take days to complete. Some lawyers might consider these procedures to be modern; no-one else would.

Nor is there any guarantee that remedies awarded by the courts will be effective. Damages will usually be too little too late and defendants (assuming they can be found) may have insufficient assets to pay the claimant’s costs, let alone to meet a substantial damages award. Forcing internet service providers (ISPs) and users to comply with the terms of an injunction may be difficult or even impossible, particularly when they are based overseas.

For example, the ‘Solicitors from Hell’ website was set up by Rick Kordowski in 2005. From the outset, the website enabled and encouraged members of the public to publish negative comments about legal professionals under cover of anonymity. By 2011, Kordowski had been sued for libel on at least 17 occasions and had incurred £170,000 in costs and damages orders against him (which remain unpaid). Although the Law Society obtained an injunction permanently closing down the original website in 2011, a number of ‘copycat’ sites can still be found on the first page of a Google search.

Quite apart from the practical difficulties described above, a litigious approach can appear heavy handed. Businesses and public figures alike have discovered that bringing court proceedings can be an expensive way of inflaming, and drawing attention to, a problem (think back to the footballer super-injunctions which didn’t end well).

Sometimes it will be better to engage with a social media storm, rather than try to suppress it. Alton Towers mitigated the effects of a potential PR disaster when they used social media to respond to critics and complaints following the dreadful Smiler accident at the theme park in the summer of 2015. For such a strategy to work, it will usually be best to adopt an honest and open approach which keeps the public as up to date as possible. Users of social media expect a quick response. Consistency is an important part of any successful social media campaign and a combination of legal and PR advisers should be at the forefront of promoting a coherent message.

On other occasions, it may be better to ignore, rather than draw attention to, the problem, particularly where it is an irritation rather than a serious threat. Taking steps against parody twitter accounts, for example, may serve only to give them the publicity that they are seeking. Rightly, the Liverpool footballer, James Milner, has taken no action against the mundane daily tweets posted by @BoringMilner.

The law has not kept up to date with the communications revolution, and it is unlikely ever to be able to do so. Court proceedings still serve a purpose, particularly as a deterrent, but they are only one part of an effective strategy. PR advisers and lawyers need to work together to protect their clients’ brands and reputations. Readers will probably remember Lord McAlpine’s single-minded pursuit of Sally Bercow and others who linked him to allegations of child abuse. It was the story which restored Lord McAlpine’s reputation; the damages, which were given to charity, were a sideline.

The use of social media poses a wealth of questions for businesses, which go far beyond reputation management and are too extensive for a short article. In the employment context, vetting potential employees’ accounts, monitoring existing employees’ use of social media and the impact of restrictive covenants on former employees’ use of LinkedIn (taking their contacts with them and notifying them of their new employer) all have legal ramifications. Data protection issues abound when companies inadvertently become data controllers as a result of personal data being posted on their websites. People now have a right to be forgotten. The law is developing… just not as fast as the technology. 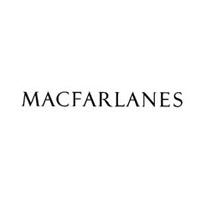