The Immigration Act 2014 (the 2014 Act) received royal assent on 14 May 2014, and s15 will amend s82 of the 2002 Act to remove the right of appeal from all applicants, save for those who made applications on human rights grounds or applications for asylum under the United Nations Convention.

The commencement order for s15 of the 2014 Act is anticipated to arrive shortly, with draft Immigration Rules already prepared for the administrative review process which will replace the removed rights of appeal.

The impact of these changes is significant. The right of appeal will be removed completely for all individuals making an application either under the points-based system (PBS) or as a family member. It will remove the right to have an independent adjudicator look at refusal decisions for both business and family immigration applicants.

What could provoke such a change? In the government fact sheet dealing with an overview of the bill, there were some worrying sweeping statements such as:

‘The appeals system is like a never-ending game of snakes and ladders, with almost 70,000 appeals heard every year. The winners are foreign criminals and immigration lawyers – while the losers are the victims of these crimes and the public. It is too difficult to get rid of people with no right to be here. This is not fair to the British public, and it is not fair to legitimate migrants who want to come and contribute to our society and economy.’

Alarmingly, this appears to categorise all appellants together as criminals, and ‘legitimate migrants’ as a separate group. But that can’t be right. There are many individuals who make perfectly proper applications under the PBS or under the Immigration Rules who receive refusal decisions because the Home Office has not properly considered all of their evidence. Out of necessity, these applicants legitimately exercise their statutory right of appeal. Removing that right of appeal and replacing it with an administrative review, likely to be conducted by the same decision maker who refused it in the first place, is concerning. The applicant will no longer have access to an independent assessment carried out by a body with no political pressure to reduce immigration. There are also concerns that the policy reasoning behind the proposed administrative review process does not take proper account of the high proportion of internal errors which lead to refusal decisions. Given that these errors result in a high success rate for appeals, replacing the independence of the Tribunal with a further internal review process could result in wrong refusal decisions being maintained.

The removal of the right to appeal could have had the alarming consequence of rendering numerous law-abiding individuals immediately illegally present in the UK on receipt of a refusal decision. This is because s3C(2) of the 1971 Act provides statutory confirmation that an applicant’s leave to remain continues to be extended during the time in which an appeal can be brought. With the removal of the right to appeal, there would be no basis for their leave to be extended under the 1971 Act. Fortunately, Schedule 9, Part 4 (ss20-22) of the 2014 Act amends s3C of the 1971 Act to confirm that leave to remain will be extended while an administrative review of the decision could be sought, or is pending.

The time frame within which an application for administrative review can be brought is found in Rule 34S(1)(a)-(c) of the recently released draft Immigration Rules for administrative review. The time limit is conveniently the same as the previous time limit to file an appeal. This confirms that, for in-country applications, there are ten working days within which to file an application, five working days if the applicant is detained, and 28 calendar days if the applicant is outside of the UK.

Administrative review is defined in the draft rules as the review of ‘an eligible decision’ to decide whether the decision is incorrect due to a ‘case working error’ (AR1.1). If the administrative review is successful, the applicant’s refusal decision will be withdrawn and the applicant will be granted the leave to remain or the entry clearance originally sought. If not successful, the decision will be maintained. Additional reasons may be given for maintaining the decision, as well as some or all of the original reasons provided, in which case the applicant will be entitled to apply for a second review (AR1.10). If a second review application is made in this situation, s3C will continue to apply (AR1.12).

As can be seen, the list covers the majority of errors which would have been argued in an appeal and, although the list is not exhaustive, it is of some relief to note that it covers the majority of circumstances where a flawed decision has been made. Noticeably absent and of great concern is the right to challenge a decision on the basis that it is in breach of the applicant’s human rights. The ability to argue that a decision is in breach of an applicant’s human rights will be restricted to those whose applications were made on human rights grounds with a resulting right of appeal to the Tribunal.

The question of whether or not applicants will be able to obtain a fair decision upon review of their application is pertinent. The appeals process offered individuals an objective assessment from an impartial Tribunal free from political or other pressure based solely on the weighing of the evidence. There is something disturbingly Orwellian about the government’s desire to remove the right to an immigration appeal; to completely remove the right to an impartial adjudicator and replace it with a system over which they will have absolute control.

On the other hand, it should be remembered that the right of access to an Immigration Tribunal has never been a fundamental right. Article 5 of the European Convention on Human Rights provides for the right to a fair and public hearing, but only when it comes to the determination of an individual’s civil rights or of any criminal charge against them. PBS applicants are essentially paying for the service of having an application processed and are not (for the most part) claiming any fundamental rights.

The draft administrative review provisions are therefore relatively straightforward when it comes to the PBS, but present difficulties with regard to family immigration applicants. There will need to be amendments made for the provisions to be compatible with s6 of the Human Rights Act 1998. Once the rules find a lawful form and are incorporated, there will be no guarantee that the secretary of state will have the capacity to review effectively the vast number of anticipated administrative review applications or provide fair decisions in every case. Only time will tell if this new administrative review process will provide applicants with the decisions they deserve.

At cross porpoises? The lessons from Dolphin Square

The right to acquire the freehold or an extended leasehold interest conferred on the lessees of blocks of flats pursuant to the Leasehold Reform Housing and Urban Development Act 1993 continues to raise tricky issues for property investors. The recent long-awaited decision in Westbrook Dolphin Square v Friends Provident [2014] tackles a number of those …

END_OF_DOCUMENT_TOKEN_TO_BE_REPLACED

Condition precedents: why, when and how should you use them?

When drafting a commercial agreement, it is prudent to think carefully about the potential issues that may lie ahead once the agreement has been signed and governs your commercial relationship with another party. In particular, where a certain event may trigger an onerous obligation on your part, you should think about whether the clause requires …

END_OF_DOCUMENT_TOKEN_TO_BE_REPLACED

Failing health: why air quality legislation is not working 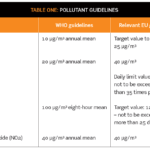 A whole body of well-established legislation controlling air pollution is failing to deliver results, in terms of preventing or reducing an estimated 29,000 premature deaths per year in the UK alone. The European Commission estimates that currently around 400,000 people die prematurely from outdoor air pollution across Europe. This article considers where and why the …

END_OF_DOCUMENT_TOKEN_TO_BE_REPLACED

Schemes of arrangement of overseas companies

A scheme of arrangement under Part 26 of the Companies Act 2006 is a court-driven process that permits a restructuring on the basis that the requisite majority, by number and value, of the insolvent company’s creditors (or any class of them) vote in favour of it. Where there are different classes of creditors, the company …

END_OF_DOCUMENT_TOKEN_TO_BE_REPLACED

The Water Act 2014 (the Act) is a major step in the government’s liberalisation of the water industry and its provisions, though still awaiting formal implementation in many cases, represent significant opportunities both for companies operating within the industry and commercial water customers. For instance, water supply licences will become more flexible and the rules …

END_OF_DOCUMENT_TOKEN_TO_BE_REPLACED

Lawyers have to deal with many issues when businesses are reorganising or making acquisitions but one that can be overlooked is protecting a firm’s ability to enforce restrictive covenants. This is particularly important in industries in which employees’ personal relationships carry significant value. In extreme cases it can influence the structure of a transaction but …