As the effect of public sector budget cuts begin to bite, companies and other institutions involved in projects with public bodies will look to judicial review as a possible way of protecting those projects or salvaging something from the wreckage if funding is pulled. The recent decision in R (on the application of Grimsby Institute of Further and Higher Education) v Learning and Skills Council (LSC) [2010] illustrates very clearly the difficulties that are likely to be involved in doing so.

Until around 2004/05, capital funding for further education colleges was very limited. The 2005 Budget announced a ‘step change’ in capital investment in the sector. The principal means through which this was to be delivered was central government grant funding of capital projects. Grants were distributed by the Learning and Skills Council (LSC), and initially it ran a successful programme. However, by late 2008 it was in crisis, as a result of what a House of Commons Select Committee later described as ‘a catastrophic mismanagement of the LSC capital budget during 2008 and neglect by those in the most senior positions in the LSC’. There was a huge disparity between the funds available to the LSC and the amounts that had, in principle, been committed in grants. In the short term, this led to an immediate freeze on capital funding. In the longer term it meant that the number of grants made was substantially reduced and a large number of further education colleges were left disappointed.

One of those colleges was the Grimsby Institute. It had made an application in 2007 for ‘approval in principle’ (the first of two stages of the LSC’s project approval process). Approval was given in January 2008 and the Grimsby Institute then prepared its application for ‘approval in detail’ (the second of the two stages), which was submitted in final form in November 2008. It sought a grant of £115.9m. The application was refused.

In the preparation of its application for approval in detail, the Grimsby Institute had incurred substantial costs – nearly £3m. Its request to the LSC for reimbursement was largely refused (the LSC’s priority was to devote its available resources to colleges in a similar position, but who were also facing insolvency), and so it brought judicial review proceedings to try and recover its losses. It did so by asserting that it had two legitimate expectations. The first was said to be that ‘once approval in principle had been granted, the application would be dealt with in accordance with the usual and known procedures of the LSC’. The second was that ‘the LSC would be funded and organised in a manner which enabled it to meet commitments given at approval in principle stage’.

The judgment in Grimsby contains a valuable summary of the current state of the law. Among the propositions accepted by the trial judge were:

Unusually in a judicial review case, the judge heard oral evidence with cross-examination of witnesses. This was because part of the Grimsby Institute’s case was that, in several meetings, officials from the LSC had made statements that, allied to what was said in the LSC’s Capital Handbook and in correspondence to the Grimsby Institute, amounted to an implicit representation that, as the judge put it ‘… the Institute’s application for approval in detail would be dealt with on its merits and without regard… to the financial state of the LSC’.

The judge was clear that the evidence fell far short of establishing representations that were clear enough or unequivocal enough to create a legitimate expectation. Although the LSC officials had been supportive of the Grimsby Institute’s application, it had always been clear that the project was ‘at risk’ unless and until approval in detail was granted.

Separately from its claim based on implicit representation, the Grimsby Institute also asserted that the LSC’s conduct in not repaying the £3m wasted costs amounted to conspicuous unfairness so as to amount to an abuse of power. The judge held that the facts of the case fell far short of demonstrating this. The Grimsby Institute’s claim had been properly considered and the fact that priority was given to reimbursement of colleges faced with insolvency was not irrational. Although the result was ‘unfortunate’ it was not the consequence of any abuse of power.

Grimsby highlights just how difficult it can be to succeed in demonstrating that a legitimate expectation has arisen in the context of a withdrawal or removal of funding by a public body. In particular it emphasises how strong and clear the evidence needs to be to found an implicit representation.

Grimsby also touches on – although does not consider in detail – the potential limitations on the grant of relief, even if a legitimate expectation can be established. The fact that the court will take into account ‘political value judgments as to the priority of expenditure’ is likely to be explored in subsequent litigation, where such judgments may well be at the heart of decisions to cut funding. 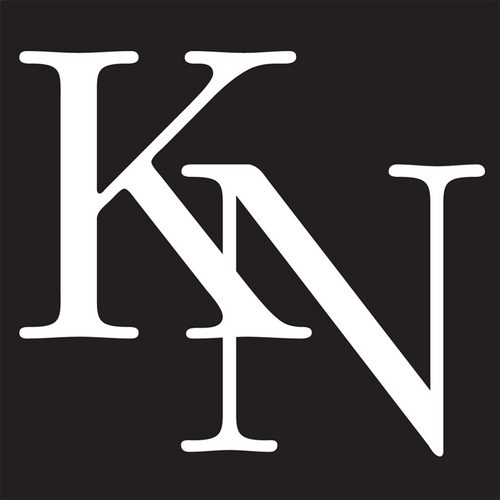 Kingsley Napley LLP in The Legal 500

A key milestone in the implementation of the REACH (Registration, evaluation, authorisation and restriction of chemical substances) Chemicals Regulation 1907/2006 (REACH) was the first registration deadline on 1 December 2010.

Communication with in-house lawyers not covered by legal privilege

On 14 September 2010, the European Court of Justice (ECJ) ruled that, in the field of competition law, internal company communications with in-house lawyers are not covered by the confidentiality regime regarding communication between external lawyers and clients. This judgment paves the way for the European Commission, in its role as competition regulator, to gain …

END_OF_DOCUMENT_TOKEN_TO_BE_REPLACED

Some say that the age of celebrity is dead. That the birth of the reality star has killed off what it is to be a celebrity in the true sense. Not so. Celebrity will always be around, but just like technology and fashion, the concept of what a celebrity is will develop, adjust and adapt …

END_OF_DOCUMENT_TOKEN_TO_BE_REPLACED

In its June 2010 Budget the Government announced several proposals as part of a five-year plan to reform corporation tax, including a proposal to exempt foreign branch profits from corporation tax. This followed the previous government’s announcement in the 2009 Pre-Budget Report that it recognised foreign branch taxation as a ‘matter of growing importance’ and …

END_OF_DOCUMENT_TOKEN_TO_BE_REPLACED

Fraud: forgotten but not gone

With the huge amount of publicity and debate surrounding bribery and corruption, in-house lawyers could be forgiven for thinking that there are no other financial and reputational risks for their companies. This year has been all about the Bribery Act 2010, and the need to beef up anti-corruption programmes. Fraud seems to have faded into …

END_OF_DOCUMENT_TOKEN_TO_BE_REPLACED

If the cap fits: MAC recommendations

On 18 November 2010, the Migration Advisory Committee (MAC) published its recommendations to the government on the level for the 2011/12 permanent annual limit on economic migration to the UK under Tier 1 and Tier 2 of the points-based system (PBS).

Investors who have suffered loss through declining asset values are likely to investigate whether their contractual counterparty (such as a bank or other financial institution) owed a duty of care to advise them as to the suitability of investments, and/or made actionable misrepresentations or misstatements. Given the extent of recent investor losses, it is likely …

END_OF_DOCUMENT_TOKEN_TO_BE_REPLACED

In this era of globalisation, markets around the world are being flooded with ‘parallel import’ goods. Parallel import occurs when the original products (and not counterfeit products) are imported cheaply to a country without the authorisation of the product owner who has intellectual property (IP) rights over the products. Unlike black market goods, parallel import …

END_OF_DOCUMENT_TOKEN_TO_BE_REPLACED

Protecting a company and its directors: D&O insurance

The upheaval over the Past few years in the financial markets and the global economy has led to a climate of increased regulation worldwide, with greater exposures for directors and the companies by which they are employed. All of this has highlighted the importance for companies to have adequate insurance protection. Directors’ and officers’ (D&O) …

END_OF_DOCUMENT_TOKEN_TO_BE_REPLACED

Rights of audience: does age matter?

The recent decision in UK Bankruptcy Ltd [2010] has once again highlighted the different approach taken by the jurisdictions of Scotland and England. Although not separated by any physical boundaries the decision of the Inner House in UK Bankruptcy Ltd, which concerns the rights of audience of companies in Scotland, shows there are perhaps some …