Although there are over 75 countries in the world with merger control regimes that, for the most part, apply to foreign-to-foreign transactions, the US and EU remain the key jurisdictions when assessing global mergers.  This is the case once a transaction is announced and notified, but maybe even more so when legal teams of companies are assessing the chances of successfully implementing a planned transaction.

The reason is that other competition authorities look towards Brussels and Washington.  Unless there are local specifications, it is unlikely that a country would stop a global deal if both the US and EU have approved it.  When assessing the risk of a transaction, the first question will inevitably be: can we get it through in the US and the EU?  In the not too distant future that question may also include China but, for the most part, the Chinese review remains more a question of effects on the deal timetable, not whether the deal is viable.  While the US and EU reviews are very similar, there are a number of key differences that we have sought to highlight below.

The EU Merger Regulation (EUMR) applies to any “concentration” (including, for example, acquisition of full or joint control over a business; acquisition or disposal of assets that comprise all or part of a business; and creation or dissolution of a “full-function” joint venture) where that concentration has, or is deemed to have, a Community dimension. Two alternative tests (here) set out the turnover thresholds which, if met by the parties to the transaction, will trigger the requirement of a merger control filing to the European Commission.

In the US, pre-merger notifications are required for certain transactions under the Hart-Scott-Rodino Antitrust Improvements Act of 1976, codified at 15 U.S.C. § 18a (the “HSR”), where: (1) one of the parties involved is engaged in US commerce or an activity affecting US commerce; (2) the size of transaction and size of person tests have been satisfied; and (3) no exemptions apply to the transaction.

Foreign-to-foreign transactions may be exempt from filing where the target did not generate sales in or into the US, or have assets in the US, during the most recent fiscal year, in excess of $78.2 million.  Even if a transaction exceeds this threshold, it will still be exempt if: (a) both the acquiring and acquired persons are foreign; (b) the aggregate sales of the parties in or into the US and aggregate total assets in the US, for the most recent fiscal year, were less than $171.9 million; and (c) the size of the transaction is less than $305.1 million.

The form in which filings are made is very different in the two jurisdictions.  The EU filing form (the “Form CO”) takes a much more ‘narrative’ approach.  The notifying party must describe the market, and provide market data, in a very high level of detail even in relatively unproblematic cases.  The EU filing now also has a relatively extensive obligation to the disclosure of internal documents.

The notification must explain, inter alia, market definitions (product and geographic markets, affected markets, other markets in which the notified operation may have a significant impact), information on affected markets (such as structure of supply and structure of demand in affected markets), product differentiation and closeness of competition, market entry and exit, the importance of R&D, and the relevance of cooperative agreements, and provide contact details for customers, competitors, trade associations and suppliers.

A short form notification/Short Form CO can be used when notifying a concentration which is unlikely to raise competition concerns.  The Short Form CO covers similar information to the Form CO, but in substantially less detail.  The exact level of detail required will depend on the merger on a case-by-case basis.

By contrast, the HSR filing has a much more data-centred approach and less scope for the parties to advocate arguments or express a position, for instance, on market definition.  Whilst the EU now also has extensive disclosure requirements for internal documents (e.g. board presentations), these documents typically have more relevance in the US proceedings than at EU level.

The HSR requires each party to the transaction to file a notification and report form (“HSR Form”), as opposed to the EU process where there is one single notification.  In particular, the HSR Form requires filing persons to produce the following documents relating to the deal if they were prepared by or for an officer or director of the parties: (1) confidential information memorandum; (2) synergy or efficiency studies; and (3) any document that analyzes the proposed transaction with respect to markets, competition, competitors, market share, potential for sales growth, or expansion into product or geographic markets.

In addition, the HSR Form requires the reporting of revenues from the last completed fiscal year; revenues must be allocated according to the industry in which the revenues were derived as provided by the North American Industry Classification System (NAICS).  For overlapping revenues in a NAICS code, only basic information is required.  This is in stark contrast to the EU procedure where extensive information on overlapping products is required up-front.

The process at EU level, for a transaction that does not raise significant competition issues, is much more time-consuming.  In advance of submitting the Form CO/Short Form CO, parties to a notifiable transaction de facto have to engage with Commission officials at DG COMP in order to discuss the proposed transaction and the substance of any draft merger notifications (such discussions are entirely confidential).  The parties will be informed of the type of information the Commission believes it needs to assess the notified transaction.  Often two or even three iterations of a draft Form CO are circulated before the Commission is willing to give the “green light” to formally notify, which can add significantly to the timetable.

All final decisions (in both Phase I and Phase II) are published on the DG COMP website, with references to the parties’ confidential business information removed.  The parties, or interested third parties, can lodge an appeal within 2 months of the decision.

In the US, each person to a transaction must submit a completed filing to both US antitrust enforcement agencies (the Department of Justice and the Federal Trade Commission), and the applicable filing fee must be paid, for the 30-day waiting period to commence (a 15-day waiting period applies for public takeover bids or certain transfers in bankruptcy).    During this period, the agencies review the transaction and the parties may not take steps to consummate the transaction.   If the transaction raises no competitive concerns, the antitrust agencies take no further action and the parties can take steps to consummate the transaction at the expiration of the 30-day period.   The filing is confidential.

If either agency believes that further information is needed in order to complete the competitive analysis, then it may request additional information and documentary material from the parties (referred to as a “second request”), which requires the burdensome production of large amounts of information and documents.  The process extends the waiting period until 30 days after the parties have substantially complied with the second request.   Following the second request, the antitrust agencies can clear the transaction or seek a court order preventing the transaction from proceeding.   In certain situations, the parties may have the option to withdraw the initial filings and re-file, which re-starts the 30-day waiting period (no new filing fee is required), giving the agencies additional time to review.  This may prevent the need for a second request.  The agencies may issue a letter for the voluntary production of some specific information during this time.

On the face of it, the substantive tests do not differ significantly.  While the European Commission will analyze whether a notified concentration would “significantly impede effective competition, in the internal market or a significant part of it, in particular as a result of the creation or strengthening of a dominant position” the test in the US under the Clayton Act is whether “the effect of such acquisition may be substantially to lessen competition, or to tend to create a monopoly.”  Moreover, both jurisdictions take an economics-based approach to their analysis.

In the United States, although the statutory standard is “substantially to lessen competition, or to tend to create a monopoly,” the antitrust agencies have jointly published guidance explaining that transactions should not be permitted where they would tend “to create, enhance, or entrench market power or to facilitate its exercise.”   The antitrust agencies’ guidance notes states that they consider whether the combination would facilitate increased prices, reduced output, or diminished innovation, or would otherwise harm consumers, as a result of the reduction in competition caused by the combination.

In terms of enforcement priorities, the European Commission has identified 3 primary objectives for 2016: (i) to assess and clear non-harmful mergers in a streamlined and quick manner, in particular by use of the Short Form CO, which counted for approximately 70% of notifications in 2015; (ii) remaining vigilant in order to ensure that markets are kept open and competitive in the internal market and to effectively underpin the Commission’s priorities, such as in the energy and digital sectors; and (iii) improving the EUMR in several areas, including, for example, with regard to minority shareholdings and streamlining the system of referrals between the Commission and EU Member States.  In 2015, the Commission published 320 merger control decisions, of which 222 were cleared at Phase I under the simplified procedure, 75 were cleared at Phase I under the non-simplified procedure, 1 was cleared at Phase II without remedies, and 22 were cleared at Phase II with remedies.  No mergers were prohibited. See page 13, here.

The DOJ and FTC focus on identifying and investigating those mergers and acquisitions that raise potentially significant competitive concerns.  According to annual statistics reported to Congress, 1,801 transactions were notified under the HSR in FY2015, of which the FTC challenged 22 (of these, 17 entered consent orders, two were abandoned, and three went to litigation); and the DOJ challenged 20 (of these, two settled with the DOJ, 10 were abandoned/restructured to avoid issues, and 10 were challenged in court).

If the market situation is comparable in the US and European markets, there is a good likelihood that the authorities will ultimately reach the same conclusion.  However, the differences in procedure and focus described above are still sufficiently great that internal assessments in the early phases of a transaction require the two jurisdictions to be considered separately.  Despite attempts to harmonize review criteria, there remains the risk of differeing timetables and even divergent results. 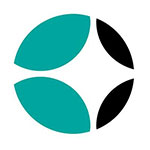 Squire Patton Boggs in The Legal 500

Merger control in the European Union: an overview

All in-house counsel will be aware of the merger control rules that grant competition authorities the power to monitor, assess and even modify or prohibit M&A activity.  There are very few jurisdictions around the world that do not enforce some form of merger control and, with the notable exception of Luxembourg, all 28 EU Member …

END_OF_DOCUMENT_TOKEN_TO_BE_REPLACED

Service failure? The law on notices and its application in recent Scottish cases

A number of cases have come to court in Scotland in the last 12 months regarding whether or not notices have been validly served. There is an established legal framework for determining that question, which every lawyer should bear in mind before drafting and serving a notice.

US immigration reform in the wake of the 2016 presidential election

‘Our future will always be written in part by immigrants’ Hillary Clinton Immigration was a prominent and highly charged topic of the 2016 presidential election. Hillary Clinton acknowledged that the US immigration system was broken and had promised to pass comprehensive reforms to strengthen the economy and to offer a path to full and equal …