The Ontario government recently announced several new regulations and programs to give effect to some of the major components of the Green Energy and Green Economy Act 2009 (the 2009 Act). The 2009 Act is designed to provide a legal framework for the establishment of an attractive investment climate for green power developers, generate certainty in the market, and make Ontario a leader in renewable energy and energy conservation in North America. As of 24 September 2009, the following key features of the 2009 Act have been implemented:

Wind facilities generating less than 3kW do not require an REA. Small wind facilities generating between 3kW and 50kW must get an REA, but the requirements are simplified and there is no mandatory setback. Facilities generating over 50kW require an REA, and, if the facilities generate a noise level of 102 A-weighted decibels (dBA) or louder, they must be set back a minimum of 550m from buildings used by people. Where roadway noise exceeds 40dB, a noise study can be done to determine the appropriate distance. All turbines over 50kW must be set back the height of the tower from properties where the landowner is not involved in the project. This can be reduced to at least blade-length plus 10m where there are no surrounding land use concerns. Such facilities must also be set back by at least blade-length plus 10m from the right-of-way for roads and railways.

The most common form of solar electricity generation is the photovoltaic cell. Rooftop or wall-mounted solar generators of any size do not require an REA. However, most facilities mounted on buildings will require a municipal building permit. Ground-mounted solar facilities over 10kW require an REA and also require a noise study demonstrating that they can meet a 40dB noise level (approximately the noise level of a quiet office). The noise study assesses the potential impact on a residence or other building of sound emitted by the solar facility’s electrical equipment.

Bioenergy facilities use organic matter (such as agricultural residues, animal manure, waste wood, wood chips and bark) to generate electricity. To qualify for an REA, the facility must use biomass, biofuel or biogas source material, as defined under the Electricity Act 1998. The requirements that must be met to obtain an REA vary depending on the location and size of the facility, and the material used to generate electricity. Large industrial facilities will have to submit studies on noise, odour and pollutant output, and ways in which their impact will be addressed.

Waterpower projects do not require an REA because they are subject to regulations set out in the Class Environmental Assessment for such projects, revised in 2008. Facilities must also obtain permits and approvals from the Ministry of the Environment and the Ministry of Natural Resources.

The Ontario government has announced several programs to help with costs relating to the development of renewable energy projects.

The Municipal Renewable Energy Program reimburses municipalities for direct costs incurred in the development of renewable energy generation facilities. Examples of eligible costs to be paid through reimbursement intended under the program could include:

The Ontario government has established a REFO to assist renewable energy project proponents such as developers, communities and municipalities. REFO is designed to connect proponents with appropriate resources in other government ministries and agencies, and provide information relating government incentive programs. 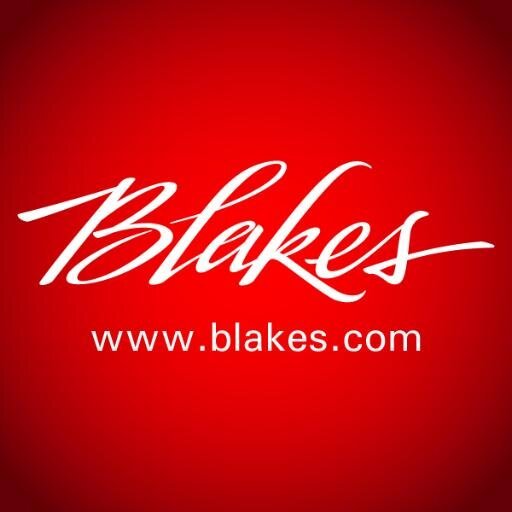 The advantages of using arbitration to resolve intellectual property (IP) disputes are many. The fact that it is becoming increasingly popular may be illustrative of this. However, as all those who have been involved in arbitration are aware, it is not all plain sailing. This article looks at some of the practical realities of arbitrating …

END_OF_DOCUMENT_TOKEN_TO_BE_REPLACED

As 2009 draws to a close, the dust is now settling on what has been a very busy few years for UK company law. The Companies Act 2006 (the 2006 Act) represented the biggest overhaul and update of UK company law for decades, since its predecessor, the 1985 Act, was really only a consolidation of …

END_OF_DOCUMENT_TOKEN_TO_BE_REPLACED

Dispute resolution clauses in IT contracts

Given the relatively frequent occurrence of disputes over contracts for the supply of software and IT services, dispute resolution provisions are an important feature. In the recent case of Ericsson AB v Eads Defence and Security Systems Ltd [2009], the High Court had an opportunity to consider such provisions and their relationship with rights of …

END_OF_DOCUMENT_TOKEN_TO_BE_REPLACED

Heralded as the biggest overhaul of fire safety legislation in 40 years, the Regulatory Reform (Fire Safety) Order (FSO) 2005 was introduced in April 2006 with the intention of streamlining existing legislation, reducing the burden on business and improving safety by allowing fire authorities (the bodies responsible for fire brigades in each area) to concentrate …

END_OF_DOCUMENT_TOKEN_TO_BE_REPLACED

FSA enforcement and lessons from Galleon

Hot on the heels of securing convictions and a custodial sentence for insider dealing in R v McQuoid [2009], further signs of the Financial Services Authority (FSA)’s renewed vigour for combating market abuse continue to emerge.

IN JIREHOUSE CAPITAL & ORS v BELLER & anor [2009] the parties were conducting settlement negotiations and although they had not expressly lifted the ‘subject to contract’ banner (in fact both sides used it fastidiously through their various exchanges) the High Court found that, on the facts, the parties’ negotiations could only be understood to …

END_OF_DOCUMENT_TOKEN_TO_BE_REPLACED

Inward investment: entrepreneurs and investors in the UK immigration regime

The prevailing economic uncertainty has ignited significant debate in the media in respect of the desirability of bringing foreign nationals into the UK to participate in the UK labour market. Immigration remains at the forefront of political debate and, in particular, the impact of migration on the availability of work for resident workers and the …

END_OF_DOCUMENT_TOKEN_TO_BE_REPLACED

Islamic project and infrastructure finance: re-emergence of the Murabaha

‘Even these metallic problems have their melodramatic side.’ (Oscar Wilde, The Importance of Being Earnest (1895, in premier))

Previous articles have discussed the effective exercise of break clauses, thereby bringing the existing lease liability to an end (p63, IHL170) and former tenants being held to account for their historic lease liabilities (p56, IHL174). This article deals with how to minimise the cost of lease liabilities for premises that are currently in use, especially …