A classic battle of forms has ended in the faintly ignominious conclusion that neither party had done enough to have their standard terms and conditions (Ts&Cs) incorporated into the contracts in dispute. The High Court’s decision in Transformers  & Rectifiers Ltd v Needs Ltd [2015] provides an instructive summary of key authorities and serves as a warning that parties  in long-term commercial relationships  must remain vigilant when it comes to asserting and, crucially, maintaining their contractual position.

THE CLAIM AND PRELIMINARY ISSUE

Transformers & Rectifiers Ltd (T&R) brought a claim for breach of contract against Needs Ltd (Needs), alleging that goods supplied by Needs were not fit for purpose and did not comply with contractual specifications. Needs submitted that liability for any breach on its part was limited or excluded by its Ts&Cs. There was, however, a dispute as to which party’s Ts&Cs applied, to be determined in a trial  of this preliminary issue.

The commercial relationship between the parties was a long-standing one of over 20 years, during which T&R placed orders with Needs on an almost weekly basis. Throughout this period, T&R’s Ts&Cs had been printed on the reverse of its purchase orders. There was, however, no reference to the Ts&Cs on the face of these purchase orders. Further, T&R’s method of placing orders was not consistent: orders were placed by way of fax, e-mail and, very occasionally, post. When T&R placed an order by fax or e-mail, it did not include a copy of the Ts&Cs that were printed on the reverse of the purchase order. Needs did, however, accept that it had become aware of T&R’s Ts&Cs during the course of previous dealings when T&R had sent orders by post.

‘The quoted prices and deliveries are subject to our normal Terms and Conditions of Sale (copies available  on request)’.

Deliveries were then accompanied by a delivery note containing the following wording:

T&R submitted that, since Needs was  aware of T&R’s Ts&Cs, it must be deemed  to have accepted offers which included those terms when it returned its acknowledgements of orders.

Needs countered that T&R had failed to take sufficient steps to give reasonable notice of its Ts&Cs, with the result that they were not incorporated into the contracts in dispute. By contrast, Needs had given sufficient notice of its Ts&Cs in its acknowledgements of orders (despite the fact that it had never provided these to T&R), which were therefore counter offers that were accepted by T&R when it took delivery of the goods.

In response, T&R submitted that reference to the purchase order in the delivery notes was wholly inconsistent with the orders having been accepted on the basis of Needs’ Ts&Cs.

Edwards-Stuart J set out in his judgment an instructive review of the key authorities relating to the incorporation of standard Ts&Cs. The following are of note:

In Circle Freight International Ltd v Medeast Gulf Exports Ltd [1988] the contract had been made orally but the subsequent invoices for carriage stated that all business was subject to the current conditions of the Institute of Freight Forwarders (IFF), a copy of which was available on request. A copy was never requested. The buyer accepted that it was aware that carriers often dealt on standard terms but submitted that the reference to the IFF conditions had not been noticed. The Court of Appeal held that the IFF conditions were incorporated.

In Balmoral Group v Borealis (UK) [2006] the buyer’s purchase orders referred to its Ts&Cs but did not include a copy of them. In contrast, the seller had stated in correspondence that its prices were quoted ‘… subject to normal terms and to current conditions of sale’ and these were included in its invoices. It was held that, since the buyer had purchased material at the quoted prices and had paid the invoices without suggesting that the seller’s Ts&Cs were not applicable, the seller was entitled to assume that the buyer accepted that its Ts&Cs applied.

In Sterling Hydraulics Ltd v Dichtomatik Ltd [2007] the buyer’s purchase orders included the following wording: ‘… please supply the following subject to the terms and conditions as set out below and overleaf’ and were sent with a copy of the Ts&Cs. The seller’s acknowledgements of orders stated at the foot of the page: ‘delivery based on our General Terms of Sale’. These Ts&Cs were printed on the reverse of the acknowledgements, but the seller only faxed the front page and therefore did not transmit its Ts&Cs. The Court concluded that, while the failure to send the Ts&Cs on the reverse of the acknowledgements of order was not fatal to their incorporation because the words at the foot of the page did not refer to terms ‘on the reverse’ or ‘overleaf’, the words themselves, without an accompanying copy of the Ts&Cs, did not provide adequate notice that the acknowledgements were not acceptances of the orders but counter offers.

In Capes (Hatherden) Ltd v Western Arable Services Ltd [2010] the contracts in  dispute had been preceded by four oral contracts that had been followed up by notes from the seller that stated: ‘Terms: AIC Contract No 1/04 for grain and pulses’, a reference to standard Ts&Cs produced by the Agricultural Industries Confederation. The buyer was not required to respond to the notes and did not notice the reference to Contract 1/04. The judge was of the opinion that the facts were ‘right on the borderline’ and that, had there been any persuasive evidence that the terms of Contract 1/04 were the usual terms or  that the buyer knew that the industry commonly employed Ts&Cs that provided for disputes to be settled by arbitration,  he would have been likely to hold that Contract 1/04 was incorporated. However, in the absence of such evidence and on  the limited course of dealing between  the parties, it was held that there was  no common understanding that Contract 1/04 applied.

Edwards-Stuart J extracted the following principles from these authorities:

With regard to the inclusion of T&R’s Ts&Cs, Edwards-Stuart J considered it fatal that there was no reference to the Ts&Cs on the face of the purchase orders and, in the vast majority of cases, the Ts&Cs were not transmitted: by not sending its Ts&Cs when placing the purchase orders by fax or e-mail T&R did not make it clear to a reasonable person in the position of Needs that it was seeking to rely on them; and as T&R did not follow a consistent practice of enclosing its Ts&Cs with every purchase order, Needs was entitled to assume that T&R was not intending to rely on them.

As to the inclusion of Needs’ Ts&Cs,  Edwards-Stuart J stated that a seller who wished to incorporate its Ts&Cs by referring to them in its acknowledgement of order – thus making it a counter offer – must, at the very least, refer to those Ts&Cs on the face of the acknowledgement of order in terms that make it plain that they are to govern the contract. Having done that, if the Ts&Cs are not in common use in the relevant industry, the seller must give the buyer reasonable notice by printing them on the reverse of the acknowledgement of order, accompanied by a statement on the face that it is subject to the Ts&Cs on the back. Needs’ acknowledgements of orders had stated on their face that Needs’ prices and deliveries were subject to its Ts&Cs but Edwards-Stuart J noted that the crucial fact that distinguished this case from Tekdata was that Needs’ Ts&Cs were not printed on the reverse of its acknowledgements of order:

‘There is, in my view, nothing in the judgments of the Court of Appeal in Tekdata to suggest that the requirement for a party to give the other reasonable notice of the terms and conditions upon which it seeks to rely was relaxed or abrogated. In my judgment, that remains an important factor.’

On that basis, Needs’ Ts&Cs were not deemed to be incorporated either.

Given its failure to provide T&R with its Ts&Cs even once during the lengthy commercial relationship, it was always going to be highly unlikely that Needs would persuade a court that there was a common intention between the parties that Needs’ Ts&Cs would apply. In reaching his conclusion, Edwards-Stuart J did not address the reference to purchase orders  in the notes of delivery, but one might expect that that on its own could be fatal to Needs’ case.

T&R’s position was, in contrast, improved by the fact that it had, on occasion, provided Needs with its Ts&Cs but was nevertheless fatally damaged by the failure to state on the face of its purchase orders that the purchase was subject to T&R’s Ts&Cs.

It may be easy to criticise the parties for failing to take basic steps to enforce their contractual position; however, in long-term commercial relationships, during the course of which numerous orders are regularly placed, formality can often fall victim to an assumption that the length of the commercial relationship goes hand in hand with a settled contractual relationship. While this is perhaps understandable, it is nevertheless inexcusable not to have standard documents and procedures that assert and clarify the terms on which one is contracting that are used properly and in full during the whole course of the relationship. This is obvious. However, what must be appreciated is that this is just the first step: that position must be followed through in all subsequent correspondence; vigilance must be maintained to ensure attempts to counter those terms are not successful either by way of correspondence or by conduct; and it is vital, particularly in larger corporate bodies, that this vigilance extends beyond those that are assigned to manage the initial contractual relationship to all those that are involved in the performance of the contract as the risk  of terms being incorporated on or even after delivery is a real one.

END_OF_DOCUMENT_TOKEN_TO_BE_REPLACED 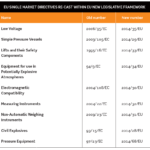 Licence to assign: some practical tips

Almost all commercial leases prevent the tenant from assigning the lease without obtaining consent from the landlord. Disputes often arise and landlords, in particular, have to act quickly. The consequences of making a late decision are often no better than making the wrong decision: in either case, the landlord may end up with an undesirable …