Following the recent Supreme Court decision in R (on the application of Prudential plc) [2013], confirming that legal advice privilege does not attach to accountants or anyone else outside the legal profession, this seems an appropriate time to revisit the application of the principles of privilege within the context of internal investigations. We examine in this article the key issues relating to privilege that thoes conducting internal investigations should be aware of, predominantly in England and Wales, but also, where applicable, from a US and European law perspective.

Practising barristers and solicitors,  foreign lawyers and those acting under  the direction of qualified lawyers (eg paralegals, legal secretaries and trainees) all attract legal advice privilege, provided they are acting in a legal capacity and  not, for example, as general business advisers (Taylor v Foster [1825]).

The situation is not as clear cut for  in-house lawyers. In relation to English  law, in-house lawyers are treated in the same way as lawyers in private practice for the purpose of legal advice privilege (Alfred Compton Amusement Machines Ltd v Customs & Excise Commissioners (No 2) [1972]). However, practitioners should be aware that this is not the case under EC law. In 2010, the European Court of Justice confirmed that legal professional privilege only protects communications with lawyers in private practice and not those working in-house. The decision was principally based on the premise that in-house lawyers were not sufficiently independent from their employers (Akzo Nobel Chemicals Ltd v European Commission [2010]).

The judgment does not affect the position as concerns privilege and in-house lawyers in regard to investigations concerning  purely domestic law issues. However, it is essential that this exception is taken into account when an investigation involves competition law issues.

As well as those employees who are not classed as ‘the client’, there are often a number of other third parties involved in an internal investigation such as accountants, IT experts and investigators. Communications with these third parties do not attract legal advice privilege.

Potential uncertainty arises, however, as to the stage at which litigation is ‘in contemplation’. This was considered by the Court of Appeal in USA v Philip Morris Inc [2004]. The Court held that it was not sufficient for litigation to be a mere possibility or for someone to simply have a general apprehension of future litigation. In the above case, it was not sufficient for Philip Morris Inc to point to litigation instigated against other tobacco companies in the USA to demonstrate that litigation was in contemplation in circumstances where it had not received any letters before action or other such indicators.

Particular care should be taken  in relation to the creation of notes  or memoranda of witness interviews. The interview scenario is clearly not  one to which legal advice privilege will  apply and therefore a corporate may be forced to rely on litigation privilege in relation to these documents. Even if the notes of an interview are covered by litigation privilege, it is not possible to bind the interviewee from disclosing the questions asked of them and the answers they gave. There is no solution to this problem within the rules of privilege,  but it is good practice to inform the interviewee that:

While the interviewee is under no  general legal duty to keep the matters discussed confidential, they will usually  be co-operating in the interview process  as a result of their employment obligations, such that a clear request should be sufficient to maintain confidentiality.

It should also be noted that it is common in these circumstances for parties to enter into common interest defence agreements. These agreements are not required to create the common interest but rather are useful for setting out the mechanism by which material is shared.

As it becomes increasingly common for organisations to be subject to investigations on both sides of the Atlantic, it is important for those conducting internal investigations to have an overview of how privilege works in the US. Privilege in the US is broadly similar to privilege in England  and Wales as the US attorney-client privilege and work product doctrine are  the approximate equivalents of legal advice privilege and litigation privilege  in England and Wales. That said, a  privileged document under English  law may not be privileged in the US and  vice versa and there are a number of important differences between the two jurisdictions.

Firstly, and perhaps most importantly, the issue of selective waiver is of vital importance. In certain circumstances in the US, if a single privileged document  is disclosed, then this can result in a complete loss of privilege in relation to  the subject matter of the privileged document. In contrast, in England and  Wales the document and related  documents may remain privileged, as long as it/they remain confidential and not in the public domain and the disclosure was made for a limited purpose (for example to a regulator).

The definition of ‘the client’ in the US is broader, and allows communications and documents created by any employee of the company that would otherwise meet the requirements of the attorney-client privilege or work product doctrines to fall under the privilege protection.  In contrast, the English definition  is much narrower and only includes employees of an organisation  responsible for obtaining or receiving  legal advice, as explained above.

Finally, one concept that is present  in the US but not in England is that  of bank examiners’ privilege. In simple terms, this is privilege which applies  to certain communications between a financial institution and its regulator. It  is important to note that the privilege belongs to, and can be waived only by, the regulator. Care must be taken in any proceedings not to disclose material over which a regulator may hold privilege.

RESPONSE OF THE REGULATORS

Organisations both in the UK and  the US that choose to self-report to the regulator are likely to be asked to waive privilege in the documents concerning their internal investigations. However, for those seeking to refrain from disclosing a document on the ground of privilege, it is quite possible that a situation may arise in which a document is privileged in the US but not under English law. This is likely to be a cause for concern when deciding what to disclose to the English regulators. Such a UK regulator will of course apply UK laws of privilege, but practical experience has demonstrated that, in such circumstances, UK regulators, such as the Financial Services Authority, would not seek to enforce the disclosure of communications protected under another legal system. That said, caution should be exercised in relation to this point and a continuing dialogue should be maintained with the regulator in relation to all privileged material. Anecdotally and in our experience, US regulators are generally respectful of non-US privilege claims, but the principle has yet to be litigated, so again caution should be exercised.

Internal investigations tend to be fast moving and, by their nature, require results as quickly as possible. In the heat of the moment, privilege may not seem the most pressing topic, yet its importance cannot be overlooked. Given the array of potential issues relating to privilege it is essential for in-house and external counsel to constantly be considering privilege issues so as to ensure that the company protects and maintains its privilege position both in England and Wales and across any other jurisdictions. Failure to keep on top of this issue is likely to lead to a loss of control by the organisation from which potentially damaging consequences may flow.

Companies that have been involved in an illegal cartel affecting trade in the EU may significantly reduce their exposure to sanctions if they decide to co-operate with the European Commission (the Commission) under its Leniency Notice.1 The first company to co-operate and to satisfy the formal requirements is granted total immunity from fines, while companies …

END_OF_DOCUMENT_TOKEN_TO_BE_REPLACED

While countries are struggling to reach an agreement on appropriate emissions reduction targets, from a corporate risk and compliance perspective the issues businesses face related to climate change are substantial. The impacts of increased sea levels, extreme weather events like heatwaves, heavy precipitation, droughts and wildfires reach companies in all corners of the world, impacting …

END_OF_DOCUMENT_TOKEN_TO_BE_REPLACED 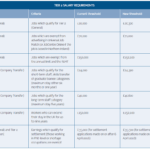 Last week, the government excitedly announced that ‘net migration had fallen by 36% in the year up to June 2012’. The claim was repeated on the BBC’s Question Time by Claire Perry MP, on the day of the Eastleigh by-election, in what was clearly a stage-managed announcement to try to snatch some last-minute votes from …

END_OF_DOCUMENT_TOKEN_TO_BE_REPLACED

Arbitration, because of its nearly unfettered right of party autonomy, has become the agreed mode of dispute resolution between parties involved in commercial transactions. In India, arbitration laws underwent a marked change with the enactment of the Arbitration and Conciliation Act 1996 (the 1996 Act) that strove to bring speed, efficacy, informality and party autonomy …

END_OF_DOCUMENT_TOKEN_TO_BE_REPLACED

Intellectual property (IP) is of huge and ever-increasing value to all businesses. It is often the most valuable asset that a company owns. By way of example, in 2010, patents held by US companies were estimated to be worth $2 trillion. Recently, Alan Greenspan, the former Chairman of the Federal Reserve of the United States, …

END_OF_DOCUMENT_TOKEN_TO_BE_REPLACED

The conventional view in the UK has been that a sub-licensee has no greater rights than their sub-licensor and so a  sub-licence ends when the sub-licensor’s rights terminate, in accordance with the principle of nemo dat quod non habet (no one gives what he doesn’t have). This was questioned by the recent case of VLM …

END_OF_DOCUMENT_TOKEN_TO_BE_REPLACED

This article considers the Supreme Court decision in VTB Capital plc v Nutritek International Corp & ors [2013]. Perhaps the most striking aspect of the case is that it casts doubt on the notion that the Court has the power to pierce the corporate veil. The Supreme Court also held that, even if the power …

END_OF_DOCUMENT_TOKEN_TO_BE_REPLACED

The allure of ‘cool’ brands: reflections on branding in the  fashion industry

It’s six in the morning and the Mysore ‘self practice’ yoga class at Triyoga in London’s fashionable King’s Road is filling up. I am already in place, concentrating on my sun salutations. Well, that’s what I should be concentrating on. In fact, I’m concentrating on the fact that nearly everyone entering the room is wearing …

END_OF_DOCUMENT_TOKEN_TO_BE_REPLACED

In the event that a safety problem is identified with one of your products, you will need to undertake a risk assessment to comply with the General Product Safety Directive.