It has been an eventful few months in Britain, the summer Olympics have been and gone, party conference season is over and suddenly Christmas is on the horizon once again.

The UK Border Agency (UKBA) have been equally busy, announcing new policies, further changes to the Immigration Rules and the piloting of a new priority postal scheme for Tier 2 visa holders.

R (ALVI) V SECRETARY OF STATE FOR THE HOME DEPARTMENT

The most significant news in the middle of the summer was the judgment of the Supreme Court in the landmark case of R (Alvi) v Secretary of State for the Home Department [2012]. The Home Office,  under whose auspices the UKBA operates, was dealt a significant blow by the Court  as, at a stroke, a large number of immigration decisions were rendered potentially unlawful.

The Court was clear in finding that:

‘… any UK immigration requirement which, if not satisfied by the migrant, would lead to an application for leave to remain or enter being refused is a “rule” within the meaning of s(2) of the Immigration Act 1971’.

Two days after the judgment of the Supreme Court, the UKBA issued a Statement of Changes. The statement covered immigration procedure going back to 1994, detailing criteria that applicants were required to meet but which had been contained within guidance notes only.

The result of the decision in Alvi is that the UKBA must ensure that any new introductions, deletions or alterations relating to immigration procedure must be both reviewed and sanctioned by Parliament before being incorporated into the Immigration Rules – criteria cannot simply take the form of guidance notes.

The 20 July statement implemented guidance into the Immigration Rules with some notable omissions resulting in a further statement on 5 September. The changes contained were applicable the following day. Specific Alvi guidance was published to aid caseworkers in deciding cases determined on the basis of guidance notes rather than Immigration Rules.

The key result of the Alvi findings is that applications pending will be determined by:

‘… applying the Immigration Rules, as amended on 20 July and 6 September 2012, in force on the date the application is decided’.

In cases decided before 20 July in which there is now an appeal or judicial review pending, the guidance advises caseworkers that, if there is evidence that applicants met the rules as they were prior to the July changes, then the decision to refuse should be withdrawn and the application reconsidered. Applications which were refused and which are now appeal or  judicial review time barred will not be reconsidered.

Last month, UKBA also announced changes to the policy guidance issued for applications under the Exceptional Talent category. The new rules were applicable from 1 October 2012.

How will these changes affect applicants?

The answer is that, largely, the fundamentals of the category remain the same. The changes seek to simplify the application process and remove some of the ambiguity in the wording of certain sections of the guidance notes.

One of the areas where UKBA has sought to simplify applications is by removing the need for the applicant to request a Unique Reference Number (URN) before applying. UKBA considers that it can manage the visa category without the need for a URN, so this should speed up the application process. The number of visas available under the category does however  remain at 1,000 places, available  between 6 April 2012 and 5 April 2013.  The first 500 endorsements have  been allocated. The second 500 begun allocation on 1 October and will continue until 5 April 2013.

The available endorsements are divided between the four designated competent bodies as follows:

It remains the case that ‘exceptional promise’ applications are only applicable in the fields of science, humanities and engineering. UKBA maintains its position that it is very difficult, if not impossible, to assess exceptional promise in the arts category.

For those currently in the United Kingdom as a Tier 2 (General) migrant or a Tier 5 (Temporary Worker) migrant, the changes allow for an Exceptional Talent application to be made from within the UK. This is an important and progressive change which alleviates pressure on applicants who were previously required to return home to make an initial application. There remains no provision in the Immigration Rules for those in the UK on any other category to switch in-country to Tier 1 (Exceptional Talent).

Existing Exceptional Talent visa holders seeking an extension are not now required to show that they are ‘economically active in their expert field’. The new guidelines remove the term ‘economically active’ and instead list the required documents in order to sufficiently demonstrate income, whether the applicant is employed, self-employed or in a sponsored research capacity.

With demand for the ‘super premium’ service continually outstripping supply and the turnaround times for standard postal applications remaining unworkable for many points-based system applicants, the piloting of a priority postal service could significantly reduce the pressure on public enquiry offices throughout the UK. The pilot service is specifically for the Tier 2 category and became operational on 8 October with up to 30 applications a day available. The scheme aims to have a decision to applicants within 10 working days of the application.

While on trial, the service is provided at Post Office branches in London only and is available to:

In order to use the service, applicants must seek approval from UKBA in order that the application levels can be monitored. To do this, applicants should complete Appendix A which is found on the UKBA website and forward the completed form to prioritypostalrequests@homeoffice.gsi.gov.uk – the mailbox is open daily from 8.30am Monday to Friday. Any forms sent before 8.30am will be rejected, as will multiple applications.

Clients will receive an automated response from the mailbox and successful applicants will be notified within 24 hours. If successful, clients should visit the UKBA website and click ‘my account’ at the top right of the page. They will then be directed to the i-Apply homepage where they can either register or login.

The form should be completed as normal, taking care to select ‘standard service’ under Point 4. Guidance regarding the priority postal service is available when completing the application.

Once the form is complete, applicants will be prompted to make an online payment – the service cost is the same as the standard postal service while the scheme is trialled. Following successful payment, a personal notification number (PNN) is generated, which should be e-mailed to prioritypostalrequests@homeoffice.gsi. gov.uk to allow the application to be identified. A cover sheet is then generated online, which should be printed out and used to submit the application at the  post office. Please note two copies of  the cover sheet are required at the  post office when attending to enrol biometrics.

The scheme will allow applications to be processed significantly quicker than the standard postal route. It is anticipated that, if successful, the service will be rolled out across a far broader area and allows the post office to perform the same ‘check and send’ service currently available for British citizens applying for a new or replacement passport. This ensures that applications should not be rejected on the basis of incorrect or insufficient supporting documents at a later date.

The Supreme Court decision in July, the changes to guidance for Tier 1 and the rolling out of a pilot scheme for postal applications can only be considered as positive steps. Ambiguity concerning guidance notes and policy has been removed by the Supreme Court, the criteria for Tier 1 (Exceptional Talent) visa holders has now reached a level of clarity that should simplify the application and  decision making process and one certainly hopes that the priority postal service is successful – it is a scheme that can benefit all parties and eases the significant levels of demand currently faced by public enquiry office staff. The removal, whether on a broad scale or piece by piece, of red tape and bureaucracy within the rules, procedures and guidelines is good news for applicants, their employers and not least immigration practitioners.

A fresh look at price promises: the impact of competition law

Customers may often demand that suppliers’ charge prices that are the same as, or lower than, those charged to other customers. For some time, it has been assumed that these arrangements reduce supply chain costs and therefore benefit competition and consumers. However, this may not always be the case, according to a report (the Report) …

END_OF_DOCUMENT_TOKEN_TO_BE_REPLACED

At what cost? The introduction of costs management in court proceedings

In the final report of his review  of civil litigation costs, Lord Justice  Jackson made it clear that he considers litigation to be too expensive and that  the high costs of bringing or defending  a claim in court effectively limit access  to justice. He proposed that the court’s case management powers be expressly extended to …

END_OF_DOCUMENT_TOKEN_TO_BE_REPLACED

The added value that has been built in branded goods, usually through many years of investment by the brand owner, provides a powerful attraction and incentive to manufacturers of counterfeit goods who are harnessing the power of the internet and global supply routes in growing numbers. Whilst the most obvious cost to manufacturers is loss …

END_OF_DOCUMENT_TOKEN_TO_BE_REPLACED

Establishing the criminal liability of corporations

In the government’s recent  consultation on the introduction of  deferred prosecution agreements (DPAs), one of the reasons given in favour of them was that DPAs would assist with the difficulties of establishing the necessary mens rea of many corporate criminal offences.1 The logic of this is questionable, but, given the current focus on DPAs as …

END_OF_DOCUMENT_TOKEN_TO_BE_REPLACED

Judicial intervention in foreign arbitration: redefined by the Supreme Court of India

Bharat Aluminum Company v Kaiser Aluminum Technical Services, Inc [2005] (the Balco judgment) concluding that the Indian courts would not have jurisdiction with respect to arbitrations with ‘seat outside India’, either for the purposes of granting interim relief or with respect to entertaining a challenge to foreign arbitral awards in India. With this decision, the …

END_OF_DOCUMENT_TOKEN_TO_BE_REPLACED 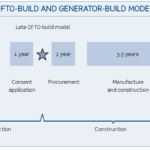 A new offshore transmission licensing regime (the regime) was introduced in 2009 that set out to radically change the way in which offshore transmission assets (ie those assets connecting offshore generating assets to the onshore electricity networks) were designed, built, funded and operated. Three years on, while many of the underlying mechanics of the regime …

END_OF_DOCUMENT_TOKEN_TO_BE_REPLACED

Out of the frying pan: an analysis of implied terms in bespoke design contracts

When existing, off-the-shelf products do not meet requirements, a customer must obtain a tailor-made product or system. The Court of Appeal has recently considered the implied terms applicable to a contract to design and install a bespoke system, restricting the obligation of the contractor to a duty to take reasonable care only. Although the decision …

END_OF_DOCUMENT_TOKEN_TO_BE_REPLACED

Since the start of the financial  crisis in 2007, there have been many  public accusations of mismanagement  and dishonesty made against those involved in the running of the UK’s banks and financial institutions. Over the past several months, concerns have been expressed about the sale of interest rate swap products to small and medium-sized companies …

END_OF_DOCUMENT_TOKEN_TO_BE_REPLACED

The copyright hub: moving copyright licensing into the digital future

The current copyright licensing system is struggling to cope with the digital age. There is an increasing division between what consumers expect to be able to do with products they have bought – such as adding the music on a CD to their MP3 collection or sharing the music with members of the family – …