An important area of insolvency law – the liability of a company in administration to pay the rent under the lease of its premises – which until recently had been relatively clear and straight forward, is currently in an unsatisfactory state. This was not always the case, as, until quite recently, landlords and administrators could easily assess where they stood under the flexible approach that prevailed for many years. Unfortunately, as occasionally happens with insolvency law in the UK, a relatively minor change in the law leads to a re-examination of the position. The matter comes before the court, which feels constrained to interpret the law in a way  that leads to an impractical result. There then follows a clamour for a change to the law. It is a pattern that we have seen several times before.

The law was thus clear but also flexible depending on the circumstances and was easily applied in practice, so that disputes over the amount of rent to be paid were rare. The Re Atlantic Computers approach could also be applied to service charge and dilapidations as well as to rent. However, landlords were concerned that this flexible approach worked against them and in favour of the administrators in two main ways: firstly, the rent accrued and owing on the date of the appointment was an unsecured claim and secondly, the administrators were only prepared to pay an apportioned rent in relation to the space they occupied if that was less than the whole premises demised by the lease. It was this issue which caused the landlord in Goldacre to seek an order that the administrators should pay the rent due in respect of the whole of the premises comprised in the lease, although they were in occupation of only a part of the premises.

CHANGES TO THE LAW

Into the mix came the House of Lords decision in Re Toshoku Finance UK plc [2002], requiring an analysis of the true meaning and effect of ‘liquidation expenses’. Toshoku had nothing to do with rent under leases – it was a liquidation case concerning the ranking of debts due to the Inland Revenue. The decision of the House of Lords inToshoku reviewed the law as applied under some old nineteenth-century liquidation cases, including the concept known as the Lundy Granite, or salvage, principle, which states that where, as a consequence of liquidation, assets belonging to a third party are retained by the liquidating company for the benefit of creditors, the cost of their use was an expense in the liquidation. In 2009 Toshoku was applied to a case of rent due in administration – Goldacre, as referred to above – because the Court’s analysis of Rule 2.67 apparently compelled it to follow the equivalent law on liquidation expenses and the Lundy Granite principle. The application of the Toshoku decision to the interpretation of the liability of a company in administration to pay rent under a lease of premises had, in summary, the following results in Goldacre:

The tenant company, Luminar, operated numerous nightclubs and the case relates to four leasehold premises. Luminar faced financial difficulties and went into administration after the September quarter day, without paying rent for that quarter. The terms of the relevant leases held by Luminar provided that rent was payable quarterly in advance. After going into administration, Luminar continued to trade from the various leasehold premises, while the administrators marketed its business and assets for sale.

The landlord argued the fact that the obligation to pay the rent for the quarter that had fallen due before Luminar went into administration was irrelevant. The landlord relied on an old case called Re Silkstone & Dosworth Coal & Iron Co [1881], to argue that the Court could require the payment of rent that had accrued due pre-administration as an expense of an administration.

The landlords’ application backfired. The Court held that the Lundy Granite principle only applied to obligations that fell due in the course of the insolvency process, which meant that a liability that had fallen due for payment before the start of the administration could not be within the category of administration expenses.

The Court did not accept the landlord’s argument that Silkstone was an authority for the proposition that rent that fell due pre-insolvency could subsequently rank as an expense. Silkstone was crucially different because the rent was payable in arrears. The Court suggested that Silkstone might not be decided in the same way if it came for hearing today, and since it is now rare for leases to provide for payment in arrears, the point is not of widespread interest anyway.

The decision followed Goldacre and produced the absurd result that administrators appointed after a rent payment day will have the benefit of a rent-free period for the remaining part of the quarter. Unfortunately for the landlord, the attempt to extend the effect of Goldacre has only resulted in confirmation that pre-appointment rent is an unsecured claim, not an expense of the administration. However, the decision does help landlords to the extent that it states that, if the administration continues beyond the next quarterly payment date, then that quarter’s rent would be payable in full as an administration expense, whether or not the administrators retained the premises for the full period of the quarter.

The outcome in this case was different from Innovate Logistics Ltd (in administration) v Sunberry Peoperties Ltd[2008], in which the Court of Appeal refused to give the landlord permission to forfeit the lease. The reason was that in Sunberry, the buyers of the business of the administration company were collecting book debts for the benefit of the administration creditors and needed to operate from the premises to be able to do so effectively.

The law in relation to the wider issue of expenses in liquidation and administration is currently in disarray, although it is understood that the Supreme Court  may give a ruling on aspects of that wider issue when deciding the Nortel pension case set for hearing shortly. The narrower point regarding rent in administration is unsatisfactory. It can be prejudicial to both landlords and administrators, in comparison to the flexible approach under Re Atlantic Computers. However, it has not gone unnoticed that the Court of Appeal in Sunberry in 2008 applied the flexible approach, ordering the administrators to pay rent on an apportioned basis for the period of their occupation. Apparently,  the judges in Goldacre and Luminar considered that they were not bound  to follow the Sunberrydecision, albeit  for sound legal reasons. Two things are clear – the Goldacre/Luminar approach  is unsatisfactory and the law in this area  is crying out for legislative reform.

In the case of JP Vishnu Kumar v Canara Bank PN Road, Tiruppur & ors [2013], the Honourable Supreme Court of India had recently held that powers of the High Court under Article 2261 of the Constitution of India cannot be invoked in the matter of recovery of dues under the Recovery of Debts Due …

END_OF_DOCUMENT_TOKEN_TO_BE_REPLACED 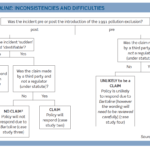 END_OF_DOCUMENT_TOKEN_TO_BE_REPLACED

Scottish employment law: small but significant differences can be a trap for the unwary

Scotland has always prided itself on having its own legal system, distinct from the rest of the UK and based on a unique combination of influences and precedents. In employment law specifically the differences are fewer – largely because  so many of the rules are statutory in nature – but key differences still exist. It …