Social media has enthused the psyche of Indians and encouraged them to become a part of the virtual community. It has revolutionised the way we communicate and is now an indispensable part of our lives, empowering us to interact in real time across borders and time zones and connect on a scale previously unimaginable. Social media is also playing a crucial role in the cross-cultural unification of the country and maintaining unique and dynamic harmony, as it has the tendency of rapidly popularising an issue and mass mobilising people towards a common cause. However, at the same time, it is also capable of creating havoc in terms of incitement of religious violence or proliferation of pornographic material etc. Therefore, in a large democracy such as India, where freedom of speech and voicing of opinions are zealously protected, social media requires special handling. This article provides an insight into the landscape of social media use in India and the emerging anti-social behavioural issues that are making news.

Social media sites enjoy customer participation from all sectors viz individuals, celebrities, companies, not-for-profit institutions and government agencies. The penetration and adoption of social media is not limited to the big Indian cities, as 60% of social network traffic comes from non-metro cities. A recent survey by KPMG1 estimates that the growth of social media in India is outpacing its global growth and India is expected to have social media audience of a staggering 88 million in 2012, with over 75% of the audience under the age of 35. Realising the increasing impact of social media on the society, several government agencies have embraced these platforms to reach out to citizens. For instance, the Delhi traffic police joined Facebook and Twitter to ease handling of traffic-related issues; the Municipal Corporation of Delhi launched its Facebook page and created a forum for better interaction with citizens; the Indore Police Department is using a blog, online and mobile complaint forms, Google maps of police stations, digital crime mapper and has joined Twitter; the public diplomacy division of the Ministry of External Affairs recently used its Twitter account for communicating with the masses in the crisis in Libya and the Middle East2 and the Indian Post administration is planning to use its Twitter account to learn about the complaints and improvements suggested by its followers.

Interestingly, in May 2009 national elections, political parties attempted to reach out to voters through social networking sites and the Twitter tag “#indiavotes09” was the number one topic on Twitter’s trends list. There have also been several instances of mass use of social media platforms (eg Facebook and Twitter) such as voicing of corruption during the Commonwealth Games and rallying India’s biggest protest in decades to support civil activist Anna Hazare’s ‘India against corruption’ movement.

With the advent of social media in India, there has also been a proliferation of complaints relating to impersonation and creation of fake profiles and IDs of public figures and innocent citizens. As per news reports, a youth who had allegedly created a fake Facebook account in the name of Congress general secretary Rahul Gandhi, was arrested in November 2011 and a case was registered against him under the relevant sections of the Information Technology Act. Indian Nobel laureate Mr Amartya Sen was also a victim of a fake profile being created on Facebook which had 490 ‘fans’ and the impersonator had posted views that radically contradicted the political and economic views held by Mr Sen. The impugned page was removed eventually but Mr Sen was quoted saying that he got no assistance from the managers of the social networking site in closing the fraudulent page and that he never intended to open any account with a site where it was difficult to check the genuineness of a participant. Recently, politicians Farooq Abdullah and Arun Jaitley were also in the news for filing complaints with the police and Twitter to suspend fake Twitter handles created in their name.

Akin to usurpation of identities of individuals online, several instances of misuse of trade marks of companies/institutions and creation of false web pages have also come to light. As per newspaper reports, a fake Facebook page of the Central Board of Secondary Education (CBSE) was created in December 2011, which displayed CBSE’s logo on the profile page and garnered over 3,591 fans who ‘liked’ it and another 222 who were ‘talking’ about it. The ‘wall’ of this CBSE page was full of questions on CBSE exam papers and, in the information section, the page listed the official CBSE website address. CBSE had written to the Delhi police to initiate action in the matter and to Facebook to pull down the page. A similar instance of misuse also plagued UTV, which came across a page on Facebook with the profile name of ‘UTV Entertainment Media Pvt Ltd’, using a deceptively similar logo. UTV lodged a complaint with Facebook and the page was subsequently removed.

Of particular relevance to advertisers and companies is the emergence of several instances wherein complaints have been made against branded products and services by consumers on social media websites. A few such complaints have been made by celebrities, leading to a spiralling of the issue and bringing the company’s conduct in the limelight in a very short span of time. Recently, Bollywood actress Ayesha Takia took to Twitter to express her displeasure with a Kingfisher Airlines staffer who allegedly misbehaved with her younger sister at Delhi’s airport. While Sidhartha Mallya, whose father Vijay Mallya is the chairman of Kingfisher Airlines, tweeted back asking the actress to ‘pipe down’, the father took the complaint more seriously, apologising to the sisters and promising that the matter would be investigated. Film-maker Farah Khan’s tweet highlighting the shortage of Pampers diapers in Mumbai prompted Procter & Gamble to send her a month’s supply within 24 hours.

Interestingly, of late, the phenomenon of gripe or hate sites is being imported into ‘gripe groups’ on social media platforms. For instance, in December 2011, Star News sent a legal notice to Facebook asking it to remove allegedly defamatory content posted by an employee against the company and one of its executives on a forum called ‘fight against corruption in media’. As per reports, Facebook has since then stopped users posting the offensive comments, from participating in that forum. In view of the aforesaid, it is imperative for a company to have a contingency plan in place to tackle such reputational issues online. While a possible remedy against a gripe site could be to initiate a complaint under the Uniform Domain Name Dispute Resolution Policy or approach a court, the remedy against gripe groups can only be availed from the owner of the social media platform. In such an event, the policy of such platform becomes the framework for redressal. For instance, as per Google’s Transparency Report for India from January-June 2011, it received requests from state and local law enforcement agencies to remove YouTube videos that displayed protests against social leaders or used offensive language in reference to religious leaders. It declined the majority of these requests and only locally restricted videos that appeared to violate local laws prohibiting speech that could incite enmity between communities. In addition, Google received a request from a local law enforcement agency to remove 236 communities and profiles from Orkut that were critical of a local politician. It did not comply with this request, since the content did not violate its community standards or local law.

The immediacy of social media and its potential to make information viral within a time span previously unimaginable, has thrown up unique opportunities and challenges. It is not yet known how social media is going to pan out in the Indian context. The dynamics will keep changing as more users from the rural and semi-urban populace espouse this influential domain of information exchange. While efforts are underway to collate data on the proliferation of social media use in the country, it is also imperative for all stakeholders to collectively work towards ensuring maintenance of law and order and protection of individuals and companies from the anti-social impact of social media. 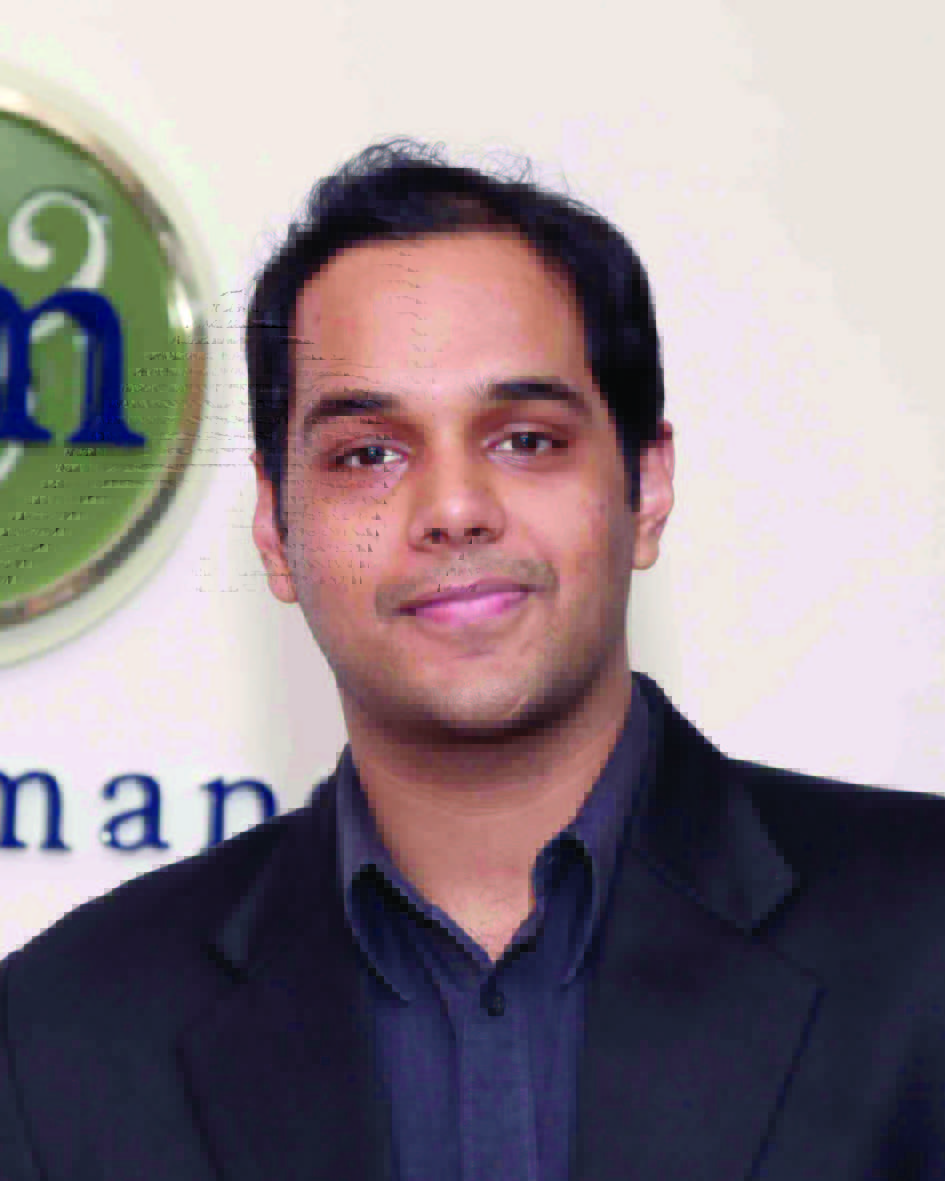 ‘Freedom of Information Act. Three harmless words. I look at those words as I write them, and feel like shaking my head ‘til it drops off. You idiot. You naïve, foolish, irresponsible nincompoop. There is really no description of stupidity, no matter how vivid, that is adequate. I quake at the imbecility of it.’

Deferred Prosecution Agreements and a tough new director at the SFO: is a rush to the negotiation table in order?

After many months promoting the introduction of Deferred Prosecution Agreements (DPAs) in the UK, the solicitor general, Edward Garnier QC, is close to securing his goal. With strong government backing, the support of the incoming director of the Serious Fraud Office (SFO), and, according to Mr Garnier, of the city firms and non-governmental organisations he …

END_OF_DOCUMENT_TOKEN_TO_BE_REPLACED

On 21 March 2012 in Flood v Times Newspapers Ltd [2012] the Supreme Court unanimously upheld an appeal by Times Newspapers Ltd (TNL) and held that the newspaper had acted ‘responsibly’ in publishing an article about police corruption in 2006. This is the second occasion on which the country’s highest court has considered the defence …

END_OF_DOCUMENT_TOKEN_TO_BE_REPLACED

Contractual parties are increasingly agreeing to commit themselves to a mutual duty of ‘good faith’, despite the apparent lack of certainty as to the meaning of such a duty. The High Court recently demonstrated the significance of such clauses and showed that a duty of good faith is a meaningful obligation with the potential for …

END_OF_DOCUMENT_TOKEN_TO_BE_REPLACED

PIP breast implants: lessons for all?

The PIP breast implant affair will be a case study in the product liability context for many years to come. Two significant reports on the matter have been published recently. Sarah Croft of Shook, Hardy & Bacon International LLP considers the conclusions drawn and possible ramifications for future litigation and the regulation of medical devices.

Protecting your intellectual property in Scotland

There is often a perception that IP disputes with any UK element need to be litigated in London, whether in the High Court or in the revamped Patents County Court. While this perception is understandable, it is not correct, as there are, in fact, many cases where there may be a Scottish option for dealing …

END_OF_DOCUMENT_TOKEN_TO_BE_REPLACED

Over the past five years lenders have suffered staggering losses on residential mortgage lending. Many lenders have sought to mitigate these losses by taking legal action against third parties – often valuers and solicitors – alleging that the losses (at least in part) were caused by the negligence of these professionals. In more extreme cases …

END_OF_DOCUMENT_TOKEN_TO_BE_REPLACED

Search engines and other online service providers: liability for unauthorised use of trade marks in keywords in China

As a result of widespread and rapidly increasing use of the internet in the People’s Republic of China (with over 500 million users, China has the largest internet-using population in the world)1, there is already a great deal of jurisprudence relating to intellectual property infringement and the internet. Although decisions of the courts in China …

END_OF_DOCUMENT_TOKEN_TO_BE_REPLACED

The law of nuisance: the Court of Appeal revisits longstanding principles

END_OF_DOCUMENT_TOKEN_TO_BE_REPLACED

Whose confidential information is it anyway?

The recent case of Jones v IOS (RUK) Ltd & anor [2012] concerned a claim for damages for breach of a confidentiality agreement. In the opening paragraph of his judgment, His Honour Judge Hodge QC identified three ‘interesting issues of law’ that he needed to decide, namely: