After a significant downturn in the M&A activity in Russia in 2015 (by some calculations, up to 30% by volume), market analysts note substantial growth in Russian M&A deals in January and February of 2016, with real estate development and finance industries making up around 50% of the increase.  Such developments can be attributed to some degree to the low base of previous years and the desire of Russian investors to secure their Ruble assets against devaluation, but any growth is welcome news nonetheless.

While political turmoil (including continued geopolitical tensions and worsening budgetary problems), low oil and gas prices, Ruble exchange rate instability and financial sector sanctions still produce a chilling effect on the Russian investment market, somewhat increased readiness of major players to invest in Russia can be sensed.  There is a lot of liquidity held by major Russian banks and corporates, and any increase in economic and legal predictability is going to be an incentive to invest some of that liquidity.  The key, of course, is availability of attractive investment projects with a predictable rate of return, but a supportive legal environment plays an important role as well.

The hoped-for revitalisation of the Russian M&A market in the near to mid- term may go hand-in-hand with entrenchment and more widespread use of new legal concepts and mechanisms that were relatively recently introduced into the Russian legal system.

The current situation with low availability of external finance has given rise to the need for creative alternative commercial and legal arrangements in M&A transactions.  We have recently seen several complex floating consideration deals, alternative consideration transactions, as well as transactions providing for the seller’s and purchaser’s extended post-closing cooperation.  Equity financing now usually requires complex project implementation, management and return arrangements.  Such resourcefulness is helping improve the climate for M&A deals, but even more important is the evolution of the corporate and contractual framework that makes innovative mechanisms possible and enforceable.  The ongoing far-reaching reform of Russian corporate and contract law, commenced in 2009-2010, provides to market players more remedies and operational freedom; but, at the same time, the tasks of negotiators are becoming more complicated, and success requires more attention to detail at all stages of transactions, starting from the term sheet discussions.

The attempt to keep Russian business transactions (especially corporate acquisitions and joint ventures) ‘local’ calls for appropriate mechanisms to suit the established practice of M&A deals, including, inter alia, such legal concepts as the obligation to conduct negotiations in good faith, share options, warranties, representations and indemnities.  Throughout the 90s and 2000s, when none of these were clearly recognised by the Russian civil law system, the overwhelming practice was for most of the Russian M&A deal documents to be governed by English law which readily supplied all the mechanisms that the parties were looking for.  This was happening despite the problems faced by the parties in justifying choice of foreign law to apply to Russian projects.

The years 2014 and 2015 saw extensive changes to the Russian Civil Code introducing some of the concepts traditionally used in common law, the process promoted and prioritised by the policy of ‘de-offshorisation’ called for by President Putin in 2012.

The overall direction of the reform can be described as ‘liberalisation’ of corporate and contract laws with respect to non-public companies, including much greater flexibility with respect to shareholders agreements, broader opportunities for fine tuning of corporate governance procedures, and, of course, introduction of concepts similar to common law representations, warranties and indemnities.

The amendments introduced to Part 1 of the Civil Code of the Russian Federation in May 2014 (in effect since September 1, 2014) included, in particular, new provisions on shareholders agreements, definitions of public and private companies (previously unknown to the legislation), and a number of rules for establishment, reorganisation, liquidation and management of commercial and non-commercial entities.  These new provisions, among other things, allowed shareholders/participants more flexibility in determining the structure of governing bodies of their companies and distribution of competence between them.  For the first time, the law allowed more than one person to be appointed to act as the chief executive officer of the company, something that foreign investors wanted for years.

Further significant Civil Code changes came into force on June 1, 2015, introducing, inter alia, the concepts of conditionality of performance of contractual obligations, option agreements (and agreements to enter into options), representations about circumstances (similar to representations and warranties in common law), indemnification of losses related to certain circumstances (similar to English law indemnities).

So that the above provisions could actually work in the Russian legal system, a key Civil Code innovation had to be introduced.  For the first time, Russian civil law has a statutory requirement for business counterparties to act in good faith at the stage of pre-contractual negotiations, in the course of  performing their contractual obligations and in connection with termination of contractual obligations.  As part of this obligation, a party to contractual negotiations is now required to disclose to the other party true and complete information related to the contract under negotiation.

In order to establish guidelines for application of the new rules, the Plenum of the Supreme Court of the Russian Federation further explained in its decree No. 25 issued in June 2015 that the criterion of good faith is based on the expectation that all parties must take into account the rights and legal interests of the other negotiating party and cooperate with it, including through provision of necessary information.  The Supreme Court confirmed that the courts may invoke absence of good faith in a party’s actions even if there was no applicable claim made by the other party to a dispute.

The concept is crucial, for instance, for application and interpretation of new provisions on representations about circumstances, because the general obligation of businessmen to provide their counterparts with necessary information lies at its core.  It also serves as the conceptual basis for a number of new and modified rules affecting validity of contracts.

The Russian analogue of the common law concepts of representations and warranties is called ‘representations about circumstances’ and contains traits of both.  Misrepresentation regarding circumstances of importance for the conclusion, performance or termination of a contract can entail obligations to compensate damages caused thereby or to pay a contractual penalty (unlike English law, the Russian Civil Code allows pre-set contractual penalties).  Misrepresentation regarding material circumstances (agreed to be material by the parties to the contract) may serve as ground for termination of contract in addition to compensation of damages and payment of penalties.  Importantly, invalidation of a contract does not lead to invalidation of relevant representations.

The concept of indemnity that has now been included in the Russian Civil Code is framed as indemnification of assets’ losses related to onset of certain circumstances (circumstantial loss indemnification).  According to the law, the parties to a contract may agree on the obligation of a party to indemnify losses caused by certain circumstances.  This compensation is expressly different from reimbursement of damages and in principle does not require breach of contract by a party or proof of any link between the actions or omissions of a party and the losses.  However, the indemnified party must provide evidence of a causal link between the invoked circumstances and the losses that it incurred.  Indemnity provisions are to be treated independently from a contract in the event of its invalidity or unenforceability unless the parties to the contract agree otherwise.

In a divergence from foreign practice, Russian law neither affirms nor prohibits the possibility of indemnification of a third party’s losses (such as the losses of a subsidiary) under the above concept.  A general civil law rule, however, permits entering into a contract for the benefit of a third party, whether it is named or not named in the contract.

Wider use of Russian law in M&A deals

Circumstantial evidence and our experience suggest that nowadays, after the overhaul of the Civil Code, use of Russian laws in M&A and joint venture transactions tends to become more common.  Not only do Russian counterparties find desired concepts in their domestic law, but also new provisions make Russian law more understandable and comfortable for foreign investors as well.

The second factor is the concept that appeared on the stage in 2012 and has gained universal acceptance since then, namely, the exclusive jurisdiction of Russian state commercial courts over so-called ‘corporate disputes,’ the scope of which includes, for example, disputes in connection with title to shares/participatory interests, matters involving encumbrances on such title, etc.  Accordingly, where the target is a Russian company, the parties have to pay attention to Russian laws in constructing the terms and conditions of the transaction.

Are the courts ready?

It should be noted, however, that various positive innovations introduced into the Civil Code are yet to be confirmed and clarified by Russian court practice which may or may not develop the requirements typical for representations, warranties and indemnities in the UK or US legal systems, including the obligation to mitigate and disclosure practices.

The main question is whether Russian courts are ready to apply the new provisions and show more thoughtful and less formalistic approach to resolving commercial disputes.  As certain recent cases demonstrate, the courts remain rather conservative and to a certain extent may be viewed as rolling back the intended effect of civil law reforms.  For example, Russia’s highest court has de facto expanded the concept of voidability of transactions, stating that a transaction may be declared void if it is not in compliance with ‘the substance of legal regulation of the obligation in question,’ even if the law does not explicitly provide for voidability of such transaction.  By way of another example, the Supreme Court has taken the position that, as a general rule, a party to a transaction is not required to review the charter of its counterparty in order to determine the powers and competence of its counterparty’s managing bodies.

Therefore, it must be concluded that, while welcome new approaches and concepts are being introduced, the main risks in the area of Russian M&A transactions remain the same:  unclear tendencies in the prevailing court practice and, more generally, a big question mark over the readiness of Russian courts to apply increasingly more complex and unfamiliar corporate and contract legislation. 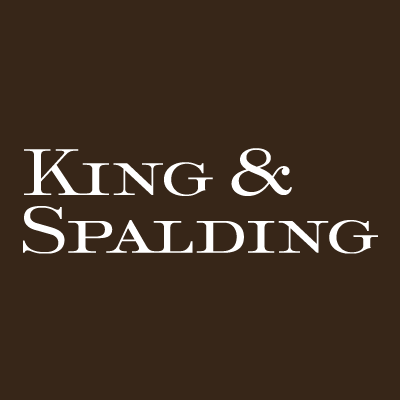 END_OF_DOCUMENT_TOKEN_TO_BE_REPLACED

GCs, do you benefit from the technological change in Contract Lifecycle Management?

Organisations with many departments and multiple sales channels facing numerous problems in the area of contract management. Among those can be lack of strict procedures who and when should prepare contract, who and why should this contract accept in formal way, finally who should decide from business point of view about risk and opportunities that …

END_OF_DOCUMENT_TOKEN_TO_BE_REPLACED

If you rent commercial premises in Scotland then chances are you have accepted responsibility to keep them in good condition and repair throughout the lease, and to return them to the landlord in that condition at the end of the lease.