In the near future some significant changes will be made to Dutch corporate law, with the chief aim of achieving greater simplicity and reducing the burden for businesses.

ELIMINATION OF THE REQUIRED MINISTERIAL CERTIFICATE OF NO OBJECTION

For the incorporation of a BV or NV in the Netherlands, a certificate of no objection from the Minister of Justice is required. The application for this certificate must include information for the Ministry concerning the company to be incorporated, such as its name, objects and capital. Information must also be submitted regarding the incorporators, initial shareholders and managing directors of the company. Personal data is required, and in case a legal entity is involved, the financial details of this legal entity is required as well. If one of the natural persons or legal entities owns a substantial interest in another Dutch company, or holds a managing director position at a Dutch company, various financial details about these Dutch companies must also, in principle, be provided.

Before a certificate is issued, the Ministry conducts an investigation into the intentions, financial history and criminal records of those in the company with responsibility for determining policy. The certificate may only be denied if there is a risk that the company will be used for impermissable objectives or that its activities will prejudice the creditors.

In some cases an expedited procedure may be requested or a diminished duty to provide information applies. However, the application procedure for the certificate, which can take several days to several weeks, slows down the incorporation of a BV or NV. A certificate is also required to amend a BV’s or NV’s articles of association, although less information needs to be provided.

From 1 July 2011, however, the mandatory certificate of no objection for the incorporation of a BV or NV, or amendment of its articles, no longer applied. Hence, furnishing data or awaiting the Ministry’s response has become a thing of the past, reducing the administrative burden and saving time. It will therefore now be possible to incorporate a BV or NV faster. The former system has been replaced by a system of continuous monitoring during the BV’s or NV’s existence, with the Ministry of Justice’s JUSTIS Department (Integrity and Screening Department) performing a risk analysis in response to compiled data.

SIMPLIFICATION OF THE MERGER AND DIVESTITURE RULES

Directive 2009/109/EC (the directive) was enacted on 16 September 2009. The directive aims to ease the reporting and documentation obligations for national and cross-border mergers and national divestitures. It is an attempt to strengthen the competitiveness of EU companies. Since the same merger and divestiture rules apply to BVs and NVs in the Netherlands, both legal forms will benefit from the reduction in the administrative burden.

As a result of Directive 2007/63/EC, Dutch corporate law already included a provision that the compulsory audit by an independent expert (auditor) regarding the exchange ratio for a merger or divestiture is no longer necessary if all the shareholders consent to this.

The first category can afford the opportunity to provide merger and divestiture documents electronically, besides depositing them with the Trade Register. The idea is that the Chamber of Commerce’s internet site will function as a central electronic platform that allows for the viewing of documents.

For the merging and divesting BVs and NVs, the proposed merger or divestiture implies an obligation to deposit the documents at the company’s offices. It will also now be possible to make the relevant documents accessible electronically through the company’s website. The shareholders must be able to download and print the documents. Because a company might not want everyone to be able to consult merger and divestiture documents on the website, the documents can be placed on a separate part of the website that is only accessible to the shareholders.

Regarding the second category of changes, the following can be pointed out. Under the current law, if a merger or divestiture proposal is made, the management boards of the BVs or NVs must draw up a written explanation of the expected consequences of the proposed action, with additional information about the exchange ratio being explained as well. If the most recent financial year ended more than six months before the proposal was filed, an interim statement of assets and liabilities must also be drawn up. After the new regulations take effect, it will no longer be necessary to draw up an explanation by the management board or an interim statement of assets and liabilities for a merger, if the shareholders provide their consent.

The acquiring company’s articles of association will often be amended by the merger. A new company may be set up when a divestiture occurs. As described above, the previously required certificate of no objection will no longer be necessary, which will simplify the process.

The legislative bills simplifying and relaxing the rules for mergers and divestitures have now been passed by the Dutch legislature and will take effect on 1 July 2011.

The pending legislative bill to increase flexibility in BV law also includes changes relating to simplification and a reduction of the burden for BVs.

The minimum capital requirement of €18,000 for BVs will be eliminated, as well as the related bank’s statement, attached to the notarial deed of incorporation, proving that the initial issued share capital has actually been paid. A few capital protection rules, which were mainly regarded as ineffective and cost increasing, will also disappear from the law. These rules include a prohibition on giving assistance to third parties to acquire shares in a BV’s capital, as well as the capital reduction procedure, which provides for an objection period of two months.

Additionally, a BV’s articles of association will be able to limit the power to make distributions or to grant this power to another body besides the general meeting. Profits, distributable reserves and other assets may be distributed, provided the management board agrees to this. This will also hold true for the purchase of shares or the reduction of capital. The management board must perform a ‘distribution test’, meaning that it cannot agree to a distribution if the BV will consequently no longer be able to pay its exigible debts. The managing directors will run the risk of liability if they provide consent ‘imprudently’. The shareholders may be held liable for at most the amount received by them if they could have foreseen that the BV would no longer be able to pay its debts after the distribution.

The ‘nachgründung‘ will also be deleted from the law. This means that a shareholders’ resolution, a description and an audit opinion will not be needed anymore for legal acts to acquire property that belonged to an incorporator or shareholder one year before the BV was established or afterwards, and which were performed within two years after the BV was registered in the Trade Register.

Additionally, a share transfer restriction clause will no longer have to be included in the articles of association. Thus, the shares in a BV may be transferred freely. Furthermore, the articles of association may also state that additional votes may be cast in respect of certain shares or that certain shares may be debarred from voting or excluded from profit-sharing. Another innovation is that certain shareholders will be able to directly appoint one or more managing directors of a BV. The somewhat cumbersome procedure of appointment by the general meeting after a recommendation will no longer have to be followed.

The legislative bill providing for greater flexibility in BV law is expected to be passed quickly and to take effect on 1 January 2012.

The changes in Dutch corporate law mentioned in this article will help simplify matters and reduce the burden for BVs and NVs. Moreover, the notion is that, once these changes have been incorporated into Dutch corporate law, it will become more consistent with foreign legal systems, making the Netherlands more attractive for international commerce. 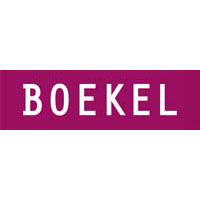 In April the High Court handed down a landmark judgment on the interaction between the environmental permitting regime and private nuisance. In Barr & ors v Biffa Waste Services Ltd (No 3) [2011] (also known as the Westmill Landfill Group Litigation), the court held that compliance with an environmental permit may be a defence to …

END_OF_DOCUMENT_TOKEN_TO_BE_REPLACED

Before you call your lawyer…

It is often in the interests of businesses to resolve disputes at an early stage in a commercial way, without involving lawyers. This can help to reduce legal costs, avoid disruption to the businesses involved and help to preserve commercial relationships. However, parties involved in the early stages of a dispute should be aware that …

END_OF_DOCUMENT_TOKEN_TO_BE_REPLACED

The UK government has long been pilloried for its poor efforts in tackling bribery and corruption. Its response to this is the enactment of the Bribery Act 2010 (the 2010 Act), in force from 1 July 2011. Pushing legislation through Parliament is all well and good, but the acid test of the 2010 Act, as …

END_OF_DOCUMENT_TOKEN_TO_BE_REPLACED

Do we have an agreement?

An agreement will not be considered a legally binding contract unless the agreement is ‘complete’. However, an agreement will not always be deemed ‘incomplete’ simply because it is missing certain terms. In the recent decision of Karim Frederick Dhahani v Serge Crasnianski[2011], the High Court was asked to consider whether the parties had entered into …

END_OF_DOCUMENT_TOKEN_TO_BE_REPLACED

Don’t know much about geography: interdicts across the border

Perhaps the most surprising thing about waking up on a Sunday morning in May to be faced with a Sunday paper featuring a close-up photograph of a well-known footballer’s face was that its publication seemed to take everyone by surprise.

Dr Dolittle and the ECHR

One of the animals encountered by Dr Dolittle on his travels was the ‘pushmi-pullyu’, a cross between a unicorn and a gazelle. It had two heads, at opposite ends of its body and when it moved it tried to go in two different directions at once. Several recent decisions suggest that there is an element …

END_OF_DOCUMENT_TOKEN_TO_BE_REPLACED

Effective amnesty in UK asylum system: an agency ‘not fit for purpose’

In early June the House of Commons Home Affairs Committee published a report called ‘The Work of the UK Border Agency (November 2010 – March 2011)’, which accuses the UK Border Agency (UKBA) of effectively creating an amnesty for hundreds of thousands of asylum seekers whose cases have been delayed for many years.

This article sets out a summary of some of the key, recent court cases relating to institutional financial services, looks at some of the themes emerging and gives a view on the outlook for disputes in the sector.

Fishing from a jetty? Relevance and disclosure in property disputes

A hypothetical transaction lies at the heart of most valuation exercises, whether a capital valuation or a rental valuation. The parties must address a negotiation on assumed facts, based on ground rules set out in the lease or other contract and in case law. An issue that presents itself is whether documents and information held …

END_OF_DOCUMENT_TOKEN_TO_BE_REPLACED

On 1 May 2011, long-debated amendments to law no 53/2003 (the labour code) finally entered into force in Romania. At the same time, a significant number of laws and secondary legislation were repealed and replaced by the new law no 62/2011 when social dialogue was effected mid-May 2011 (the social dialogue law).