Wiggin’s Simon Baggs says online counterfeiting is an exploding global problem but Google is doing nothing about it.

Finding counterfeit goods is simple – Google leads you straight to them. These goods are always inferior and sometimes extremely dangerous. Sellers range from small operators selling one or two items using online marketplaces, to larger operators using websites and social media to operate substantial businesses. These larger operators in turn provide the demand for manufacturing of items in industrial quantities.

In September 2015, World Trademark Review summarised findings from the Office for Harmonization in the Internal Market (OHIM), including that up to 50 million EU citizens have bought counterfeit goods and 6% of EU citizens have purchased counterfeit goods unintentionally as a result of being misled by the counterfeiter. In just three sectors in the EU each year (cosmetics; clothing, footwear and accessories; and sports goods), €31.5bn is lost and over 417,000 jobs are lost as a direct result of counterfeiting.

In addition to financial damage, the sale of fake goods in certain industries can have catastrophic effects. According to an OHIM Situation Report on counterfeiting in the EU, in 2013 over a quarter of products detained by customs carried a risk of danger to consumers. According to Interpol, in the same year, counterfeit drugs killed up to one million people.

Although intermediaries are not the law breakers, they are well placed to stop the harm. Many marketplace platforms, such as eBay and Taobao, take action to remove counterfeit listings when notified. The key here is to focus on the professional sellers that are operating in volume. Often, these sellers leave evidence trails in other contexts, such as social media and on websites. Linking this evidence is critical.

Internet service providers (ISPs) are intermediaries. They can be required to play a key role in preventing access to counterfeit sites where the sites are focused on infringement (ie sites dedicated to selling counterfeit goods). In April this year, the Court of Appeal considered whether the High Court was correct to find that ISPs could be ordered to block counterfeit sites.

Search engines are also intermediaries – if they took action, consumers could not so easily locate and access counterfeit goods.
As recognised by Arnold J in the October 2014 Cartier judgment:

‘It seems reasonably clear that the way in which many
consumers find [counterfeit selling] websites… is by searches
using search engines.’

Google is the biggest search engine by far. According to digital marketing agency theEword, Google accounted for 88% of all desktop searches, and 94% of mobile searches in the UK in November 2015.

The content industry is also under siege from online infringement. Here, Google has (after much prevarication) taken some limited steps. Rights holders can notify Google of specific URLs for content that infringes copyright and ask Google to remove these URLs from search results. In November 2015, Google received 2 million takedown requests per day, which equates to 1,500 per minute (indicating the scale of the issue). Google has so far refused to de-index the websites that are focused on making this volume of links available – clearly, this would be a far more effective approach.

In the trade mark context, the position is even worse. Google will not de-index links to counterfeit items, let alone the websites that focus on making these items available. Google’s policy on this is clear:

‘Google is a provider of information, not a mediator. We bring you different webpages that relate to your search request, but we don’t make any claims about the content of these pages… In matters involving trademark, it is best to directly address the webmaster of the page in question.’

Google has a counterfeit policy, stating: ‘Do not sell or facilitate the sale of counterfeit goods’, but there are no consequences for failing to adhere to this policy. In short, Google will do nothing to de-index search results for counterfeit items.

With counterfeiting such a huge concern globally, it’s time something scalable and effective is done about it. Brands are present in almost all industries and counterfeiting has huge effects on each of these industries, our economy as a whole, and in too many cases, our health and safety. The European Commission has pledged to make IP enforcement more effective, and has recently published a consultation open to various groups, including intermediaries and rights holders, which asks whether intermediaries should ‘play an important role in enforcing IPR’. The answer should be a resounding yes.

Google is a massively powerful company with enormous resources at its disposal. It could and should do a lot more. With great power comes great responsibility – it’s time for Google to wake up to theirs. 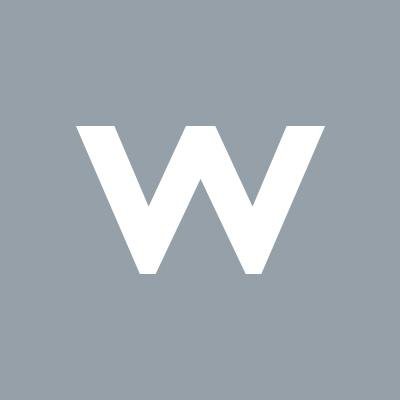 Wiggin LLP in The Legal 500