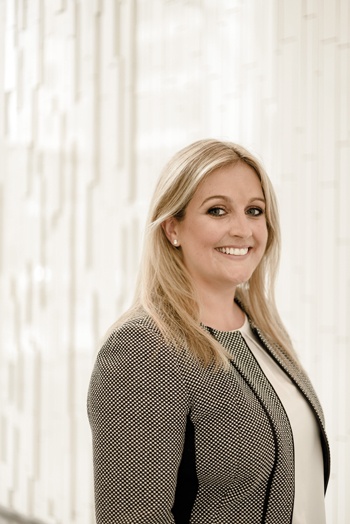 Marsden, whose team steps in on key risk management decisions for the travel group’s business during times of crisis, talks of her pride and responsibility when working to protect customers from terrorist threats. ‘There’s Nice, Brussels, Turkey and Tunisia, and in all of those circumstances we are dealing with people who are on the ground and need our support to make sure we can get them home. You can make a difference for people. And that’s what we all get a lot out of. As a legal team we’re really closely involved in making sure there is a team prepared to say the right things to our customers if they are concerned.’

Marsden began her career as a trainee with Wragge & Co, on qualifying joining Latham & Watkins as an associate in its technology transactions group. But the desire to move in-house came very quickly.

‘Latham had a very commercial team doing commercial deals with really interesting companies. But you’d go and do the deal, which could be quite transformative for the business, then you’d leave them to it. I liked the idea of not only being part of a deal, but then seeing it through and seeing the change in the business.’

In addition, Marsden says she was unsure whether she saw herself on the partnership trajectory at Latham, although she often received positive feedback. Despite these misgivings, Marsden’s time at the US firm proved to be crucial in securing her later role at Thomas Cook. Craig Stoehr, a former partner at the firm, went on to become GC there in 2013, subsequently hiring Marsden as group senior legal counsel in January 2014. Marsden describes the chance to reunite with her former colleague as ‘too good an opportunity to turn down’.

There’s Nice, Brussels, Turkey and Tunisia, and in all of those circumstances we are dealing with people on the ground who need our support to make sure we can get them home.

However, the decision to leave private practice was accompanied by an arduous incline in working hours. ‘People said to me you go in-house for better hours.

I’m certain in my first year with Thomas Cook I did more hours than I would have at Latham. At the beginning it wasn’t about the lifestyle choice, it was about the challenge.’

Marsden then moved up to become head of legal for the UK, relishing the opportunity to have an influence on the company’s strategic direction by working closely with the company’s board. Since then, her legal pedigree has been well documented. In 2015, Legal Business named Marsden as a Rising Star in its GC Powerlist and she was shortlisted in the category of Rising Star In-House Counsel of the Year at the 2015 Legal Business Awards. At the time, LBC Wise Counsel chief executive Paul Gilbert commented: ‘Alice has the temperament, drive and potential to be brilliant.’ So it proved: in January 2016, Marsden became group GC, overseeing a team of 70 people, including 40 lawyers.

Commenting on the early recognition, Marsden says: ‘I’m so grateful to receive it. I became general counsel not long afterwards and got a lot of emails saying: “Oh, so the rising star thing worked then?”’

On an average day, Marsden and her team are involved in customer-facing Thomas Cook business, ‘whether that’s for one of our airlines or for one of our tour operators, we get involved in making sure we’re looking out for our customers. When we say we want to be providing people with the best two weeks of their year, the legal team gets involved in all the initiatives to achieve that’.

One of the key challenges that Marsden faced in her first year as GC was overhauling the structure of the company’s legal function. Before her intervention, Thomas Cook’s legal operation was arranged in a ‘slightly siloed way’. Now, there is a more ‘horizontal matrix’ in place, which ensures greater communication and co-operation throughout the many branches of the business.

Marsden says: ‘I feel our presence within the business is substantial. We have a seat at the table when we’re discussing business initiatives that will take the company forward.’

Taking the company forward in the current climate is challenging. In recent years terrorism has stunted consumer interest in popular holiday destinations such as Turkey and North Africa. Turkey’s failed military coup last summer prompted Thomas Cook to offer free cancellations to customers who were due to fly to the region. Due to social unrest in Tunisia, the company cancelled all British bookings to the country between January and November 2016. According to chief executive Peter Fankhauser, revenues from Turkey dropped by 50% in 2016. The fall in demand has come in tandem with a fall in revenue, decreasing from £9.5bn in 2012 to £7.8bn in 2016. However, Thomas Cook was given some reprieve last year, with the decline in value of sterling against the euro causing the company’s earnings before tax to be £39m higher.

Globally, every single element of our business comes together. We have no choice but to become very good at crisis management. We ensure people are available 24/7.

Thomas Cook does not have a formal legal panel, but a roster of preferred firms that are often re-visited to assist with certain work. Latham, Allen & Overy, Osborne Clarke, Fieldfisher and Shoosmiths are frequently used. Boutique Lighthouse Law assists with commercial contracts on a fixed-fee basis, while Paul Hastings provides advice on financing hotels.

Marsden meets the challenges thrown up by terrorism with a similar vigour to the way she approached the legal function restructuring: ‘What stands out for me in that situation is the way that globally, every single element of our business comes together. We have no choice but to become very good at crisis management. We ensure that there is a team involved and people are available 24/7.’

One recent example came in January when Thomas Cook was forced to fly 985 UK customers out of the Gambia due to political unrest following the presidential elections in December 2016.

Marsden says she prefers not to focus on corporate deals as prominent moments of her career. However, she has also been involved in significant corporate deals during her time at Thomas Cook, notably key partnership deals, such as one signed with Sunhotels in August 2016. Sunhotels, which is owned by the Australian online travel agent Webjet after a 2014 buyout, assists by sourcing hotels as part of Thomas Cook’s complementary hotel product. The deal saw roughly 3,000 hotel contracts transfer to Sunhotels, adding to the estimated 75,000 hotels already in the company’s inventory. Thomas Cook estimates that the outsourcing deal could boost earnings before tax by between £20m and £25m via cost savings.

Other recent corporate deals in which Marsden and her team played a key role include Thomas Cook taking complete ownership of its retail joint venture by buying out its partners in December 2016. The company bought The Co-operative’s 30% stake for £50m and Central England Co-operative’s 3% stake for £5.8m. The deal is due to be completed in November 2017.

In line with this drive for a more independent business, the travel giant also moved to sever its commercial agreement with Jet2holidays in February 2017, meaning that its packages will no longer be sold in Thomas Cook branches.

But for Marsden, it is the crisis management work that drives her, with all the stress that entails: ‘In terms of my emotional investment, given the decisions I’m called upon to make, the matters that I get involved in that can be very personal to our customers, it can be hard. I’ve got more grey hairs in the last year than I did before!’

Given the pressure of being a GC in an industry experiencing turbulence on a number of fronts, one could easily expect Marsden to deviate from the in-house path at some point. However, she insists that could not be further from the truth: ‘I can’t see myself going back into private practice. I like the fact that I’m part of the business team which is driving our strategy, seeing the change in the business. I also have control of my time.

‘I enjoy my job. I’m proud of the company I work for, proud of the team I’ve created, and I can’t see myself going anywhere soon because there are plenty of challenges to keep the job interesting.’

At a glance Alice Marsden