The investment bank’s EMEA GC on tackling the growth of global regulation and avoiding potholes along the way.

There’s a school of thought that says ‘never go back’ to a former lover or job. But having spent eight years at JPMorgan Chase & Co in the 1990s, a phone call from the investment bank’s ‘very persuasive’ general counsel Stacey Friedman in 2015 made John Tribolati’s decision to return to his old shop very easy. ‘It was an opportunity to have my own gig,’ he says.

In taking over the role of managing director and EMEA GC at JPMorgan Chase in May last year, Tribolati succeeded Piers Le Marchant, one of London’s most prominent finance counsel, who JPMorgan promoted as global head of compliance for corporate and investment banking. And Tribolati has moved back to one of the world’s largest investment houses at a time when it faces intense scrutiny from regulators. Part of a collective of financial institutions that included Citigroup, The Royal Bank of Scotland and Barclays, all pleaded guilty to felony antitrust violations last summer and agreed to pay criminal fines totalling more than $2.5bn – the largest set of antitrust fines ever obtained in the US – following a global investigation into whether traders colluded to manipulate the estimated $5.3trn-a-day Forex market.

‘The role of banks in the world in general has been looked at through a different lens since the financial crisis, so it’s not surprising that regulators have also re-assessed how the law applies to banks in practice,’ says Tribolati. ‘Analysis regarding certain practices has evolved where a broader sense of legal considerations are relevant. That evolution is as much about how you apply the law and lawyers need to be in touch with that.’

He believes the financial industry will continue to be transformed by regulation. ‘It’s been a long process to get from where we were before. To be involved from day one and in witnessing the growth of regulation… you try to give constructive feedback in that process and get to a place where the regulatory objective can be achieved, which is usually positive for us as well, and where you minimise the impact of any unexpected consequences.’

That arduous process saw Tribolati, a young Wall Street wolf in the early 1990s, make what was then a brave decision to leave his coveted associate position at Cleary Gottlieb Steen & Hamilton and embark on a career in-house for JPMorgan Chase. Cleary was a firm where teams didn’t get exposure to lots of different types of clients, he says, and he craved variety.

‘I like the idea of being up to my neck in it,’ he says. ‘I always found in-house to be very attractive – a lawyer within a firm is focused on every aspect of a deal where you might be looking at thousands of pages of documentation, but being in-house, you’re overseeing a broad business landscape at the same time. That is very appealing because it’s not only the transaction that falls onto your lap – you are also responsible for figuring out the risk of such an activity.’

Ten months into the new role, he accepted an offer to relocate to Singapore. With Asia enjoying a period of economic growth, coupled with legal market liberalisation and a cultural revolution, opportunity was ripe for corporate finance-trained lawyers to forge lucrative careers through investment banking work.

He recalls: ‘Banks were expanding throughout Asia and lawyers were thin on the ground. I was one of the first of my peers at a bank. Every day I was presented with different issues and you were more or less on your own until 4pm when London woke up, so it was a real learning experience.’

Tribolati spent six years with the bank’s Asia operation, building his reputation as a heavyweight dealmaker. He worked between 1995 and 2001 at JPMorgan’s Singapore and Tokyo branches until bulge-bracket rival Goldman Sachs came calling in 2001. There he played a variety of senior roles over 14 years, most recently co-heading the derivatives legal team as well as acting as EMEA deputy GC, before Friedman picked up the telephone.

On his management style, Tribolati says: ‘You must lead by example and it must be consistent with the words coming out of your mouth. Hopefully, if you’re successful at it, people will be interested in your view and not just because of the title you hold. It’s also critical to surround yourself with the best people and not feel threatened if there are other strong people around you.’

And because of the wealth of transactional, regulatory and compliance instructions it hands out, law firms are champing at the bit to win business.

At a glance – John Tribolati

Pitching firms are expected to sign up to the bank’s overall external counsel policy on fees and it operates a centralised process where the team closely negotiates standard rates.

Tribolati considers the set-up ‘quite expansive’ and comments: ‘We’re very focused on making sure there’s a clear understanding with our law firms of the basis on which we’re doing business. In our experience, law firms have been pretty willing to engage and feel like they are treated favourably.’

Tribolati says the legal team’s biggest headache with external counsel is conflicts. ‘Law firms want to do business with as many people as they can and we understand that. However, we have to make sure our interests are also protected. Conflict management is the issue where the rubber most often hits the road and is where we often have to have a further discussion.’

After 30 years in the business, Tribolati predicts there will be more careful focus on external counsel by the in-house community, particularly on work carried out by lawyers in expensive cities such as London versus more cost-effective locations. ‘It is likely that the general counsel will increasingly focus on the seniority of professionals that focus on different activities so that senior lawyers can concentrate on premium advisory work. There will be more demand for those who can look around corners and anticipate change.’

As for those considering a move in-house from private practice, he says: ‘Being in-house can be fantastic, but you really ought to give an open-eyed assessment on whether it’s the right thing for you. Being effective in-house involves a different kind of entrepreneurialism – you’re navigating an organisation and helping to execute in a way that’s critical. We talk about being a trusted adviser and also about being aware of the environment around you, and making sure you consider those factors. You need to help your clients avoid potholes.’ 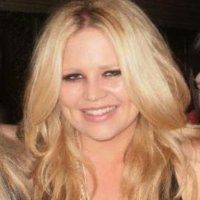