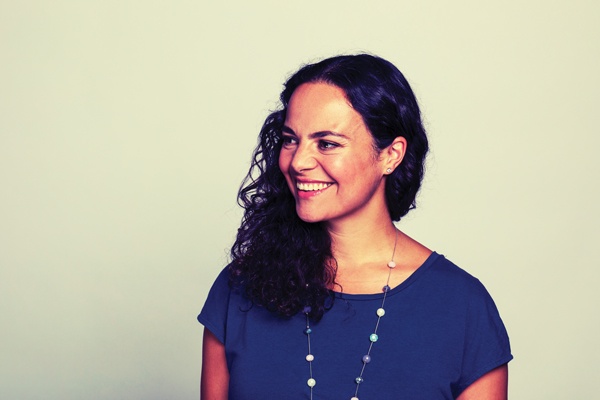 ‘We had one guy who complained about the sea. There was a beautiful blue-flag beach but he said: “The hotel smells too salty in the morning.” He also complained about too many fish, while once a woman was crying during the welcome speech. When I asked her what was wrong, she said: “I can’t find my boyfriend.” I asked: “When was the last time you saw him?” and she said: “I haven’t seen him since we arrived at the airport, when the police took him.” He’d been smuggling drugs and got arrested. I had to go to the British consulate and fetch him.’

Nelson Smith undertook a wide variety of jobs before ending up at KFC, Taco Bell and Pizza Hut owner Yum! Brands. But while her CV since the age of 11 includes babysitting, teaching English as a foreign language, shovelling manure in stables and coaching tennis, she always knew she would end up in the law.

‘I have a family of lawyers and if you see someone you’re similar to who absolutely loves what they do, it probably means you’ll love it too. My mum was a barrister as well as an in-house lawyer, and she loved it. I always thought that’s where I would end up.’

Her first legal position came at Magic Circle firm Freshfields Bruckhaus Deringer and, as predicted, she ‘absolutely loved it’. ‘It’s an absolutely fantastic firm, my training was thorough and diverse.’ That training included an in-house secondment at Sony Digital Entertainment, which gave her an insight into the advice clients want to receive.

‘You’re always told: “don’t have a massive waffly piece”. People received advice on a BlackBerry at the time, and if they couldn’t read it on the first screen and within a couple of scrolls, they weren’t going to keep scrolling. That was hammered home: give them exactly what they’re looking for in the first few sentences and they can scroll down for more information.’

Nelson Smith later had a stint at US law firm Baker Botts, where she worked as an arbitration lawyer for the oil and gas industry. She stayed for five years, citing the independence the role afforded her and the good pay on offer. She also notes the position improved her work ethic, but says: ‘It’s something I find hard to kick now. I keep reminding myself that it’s okay to leave the office and sleep.’

A men’s magazine contacted me to say: “We’ve done a feature on one of your ex-employees.” They asked me to approve photos of her posing with strategically-placed fried chicken.

While on maternity leave with her second daughter, Nelson Smith was encouraged by the then general manager of Pizza Hut, Jens Hofma, to try out for a similar position with Yum! Brands. Despite not harbouring a desire to go in-house, she was keen to make a change. After accepting the job, she found herself at Yum! Brands’ Woking head office for the first time.

‘At Baker Botts, we were situated just behind the Bank of England and when you walked around, you’d see middle-aged, middle-class people in suits. When I first went to Woking, I remember there was an old lady outside, someone with a pushchair and a dog. I realised I missed being connected to wider society. You’re in a bubble in London.’

Starting as a legal counsel at Yum! Brands in May 2011, she reported to then-UK head of legal Vanessa Allen. After Allen’s departure, Nelson Smith assumed her role until November 2015 when the company separated its KFC and Pizza Hut brands. At that point, she became KFC’s legal director for the whole of Europe.

Since 2011, when there were only two counsel including Nelson Smith, the in-house team has expanded to eight lawyers. Each has a responsibility for one of the company’s European offices in Woking, Milan, Madrid, Amsterdam and Düsseldorf.

‘We’re trying to make sure we’re working more closely across Europe. Franchising stores means fewer people at head-office level, because you’re not operating them anymore. With the teams getting smaller, you’ve got the general managers in each of the countries having to do similar amounts of work in different areas with smaller teams. So if something is working well in Spain and you want to implement it in Italy and Germany, don’t reinvent the wheel – just replicate it.’

According to Nelson Smith, the team has mainly been focused on KFC’s franchising efforts. In the past, around 87% of KFC’s UK stores were franchised with the rest remaining as fully-owned ‘equity’ stores. Thanks in part to the efforts of her team, around 92% of all KFC’s UK stores are now franchised. ‘It means we’ve got a few countries around the world where we’ve got hubs of 50 stores that we operate ourselves. In other markets, it’s completely franchised. In the UK we had several hundred equity stores that we’ve now franchised, so now we have about 900 franchised stores and 50 equity stores.’

She completed KFC’s latest panel review at the end of 2017, and says it was the first time she had done ‘a holistic European review rather than just a UK one’. Among those making the cut was Eversheds Sutherland, with the firm being appointed as the lead European adviser.

The ratio of work externally differs from market to market, but the team tries to keep as much as it can in-house. ‘We outsource real estate work: with a small legal team, it would be disproportionate for one person to devote a significant amount of time to a single property within our portfolio. We also seek external support for areas where we particularly want specialist advice. GDPR is one such area.’

I don’t know the secret recipe. There were two people in the US who knew it but one’s just left. It’s literally locked in a safe.

In terms of market challenges, she looks to Amazon as the trendsetter. ‘You used to order something and then wait a couple of weeks for it. Now in some areas you can get it within a couple of hours. Customers have this idea of immediacy. It’s not okay anymore for us to say: “Find your local KFC which might be ten miles away, drive to it and then buy chicken.” We need to open up more stores so it’s more accessible to more people, and find different ways of contacting them and them contacting us.’

In 2015 KFC came under the spotlight in a BBC One behind-the-scenes documentary called The Billion Dollar Chicken Shop. Nelson Smith recalls that there was internal debate around whether to participate in the documentary, but ultimately the project went ahead. ‘The public had many preconceptions about KFC that were incorrect, like the idea that we have caged chickens or mutant chickens or the idea that all our food comes in frozen. The real story is so much better than people’s preconceptions, so we thought: “What’s the worst that could happen?”’

The documentary instigated an uptick in job applications as well as marketing opportunities. She recalls one offer she received from a men’s magazine: ‘They contacted me to say: “We’ve done a feature on one of your ex-employees who has decided her career lies in modelling rather than in chicken.” They asked me to approve photos of her posing with strategically-placed fried chicken.’

At this point, it was time to ask the most important question.
‘I don’t know the secret recipe. There were two people in the US who knew it but one’s just left. It’s literally locked in a safe. When it’s made, you have different elements of it made by different manufacturers and then they’re combined with one another.’ When asked who the two individuals were that did know the secret recipe, she’s firm: ‘I can’t tell you that.’

It is clear that Nelson Smith feels pride in her job, and has not looked back since leaving Baker Botts. ‘You spend so much of your time at work that if you don’t believe in it, it’s just a massive waste of life. With this role, I genuinely thoroughly love the people I work with. And I love my family, but on a Sunday night I genuinely feel excited about going to work on Monday.’

At a glance: Sarah Nelson Smith