As expected, in one of the most substantive changes to the taxation of real estate in recent years, the Chancellor has announced the extension of corporation tax to the income of non-UK corporate landlords (NRCLs).
This means that recent tax law changes applicable to corporation tax payers will also extend to NRCLs. The relevant changes will, among other things, potentially:

These changes will take effect on 1 April 2020. In addition, the Chancellor has announced the extension of corporation tax on chargeable gains to NRCLs from 1 April 2019.

The impact – in particular the interest restrictions – will radically increase the tax bill for some companies with a corresponding impact on returns. It is not intended that withholding tax will be abolished, so non-resident landlords will still need to consider getting clearance to receive rental income gross.

NRCLs will need to consider carefully the existing corporate and funding structures of their groups and consider what action needs to be taken to make the best of their position. This could include reconsidering their holding structure, restructuring debt, and, indeed, coming onshore into structures in the UK.

More detail should emerge on the corporation tax rules once the draft Finance Bill 2018 (expected to be referred to in Parliament as Finance (No. 2) Bill 2017-19) is published on 1 December. Meanwhile, the following sets out a summary of what we are anticipating.

The impact will radically increase the tax bill for some companies with a corresponding impact on returns.
Catheryn Vanderspar – Eversheds Sutherland

These rules, broadly, target payments where a deduction is given for UK corporation tax but the corresponding receipt offshore is not taxed. Where the rules bite then, in many cases, the UK tax deduction will be denied totally. Importantly, these rules take precedence over many other rules, including the corporate interest restriction.

This is the aspect which is likely to have the widest implications, in particular with those NRCLs which have substantial or mezzanine shareholder or related party debt.

This (very broadly) restricts tax deductions for ‘finance costs’ (generally, interest) over a threshold of £2m per annum per group (not per company) to either:

in each case subject to an effective debt cap based on (very broadly) net worldwide interest costs, if lower.

The group ratio is intended to be able to give relief to interest on third-party debt and so where this exceeds the 30% limit it would be expected that an election to use the group ratio would generally be beneficial, subject to the public infrastructure test. However, under this measure, interest on related party debt would not be ‘qualifying’ and so deductions for any related party interest would be entirely disallowed. A party is related, for this purpose, if there is a 25% connection, though in certain circumstances it may be less than that.

The distinction between third-party and related party debt does not apply in the operation of the fixed ratio (the 30% test).

Further elections can be made so that the rules can be adapted for use by certain types of structure eg REITs and joint ventures.

At present, for UK corporation tax payers, there is a further option where the asset qualifies as a public infrastructure asset. It remains to be seen whether this too will be extended to NRCLs, but in principle, with suitable amendments, it could be. For this purpose, a public infrastructure asset has a special meaning. In particular, it can include certain real estate investment businesses, where property is let to third parties. Here, for ‘qualifying infrastructure companies’, on a suitable election being made, full exemption could be available for third party debt, but again no deduction would be available for related party debt. This option operates in a different way to the fixed ratio and group ratio rules and should be considered across the activities of the group as a whole to see if it offers a better outcome over the group as a whole. It will not necessarily do so.

There will be no change to the application of withholding tax to rental income, unless a non-resident landlord has obtained clearance to receive rental income gross.

END_OF_DOCUMENT_TOKEN_TO_BE_REPLACED 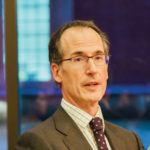 Alex Novarese, The In-House Lawyer: Looking at the top of the market, how is buying behaviour changing?