In the landmark decision of Toufik Lounes v Secretary of State for the Home Department (C‑165/16), the European Court of Justice (ECJ) has held that an EEA national who exercises free movement in another member state, and who later naturalises in that country and retains their original nationality, continues to enjoy the rights afforded under the Treaty of the Functioning of the European Union (TFEU). Further, that qualifying family members also continue to derive the same rights through that EEA national, including the right of residence.

The ruling will undoubtedly have a significant impact for the many EEA nationals residing in the UK with Third Country National (TCN) family members who previously ceased to enjoy residence rights under the Free Movement Directive (2004/38) (the Directive) upon naturalisation of the EEA national.

Ms Ormazabal is a Spanish national who moved to the UK in 1996 and exercised free movement under the Directive since then, both as a student and as an employee. She naturalised in 2009 as a British citizen, retaining her Spanish nationality.

In 2013, Ms Ormazabal began a relationship with Mr Lounes, an Algerian national. Mr Lounes had arrived in the UK as a visitor in 2010 and had overstayed, making him an illegal migrant. The couple married in 2014 and Mr Lounes applied for a residence document as the spouse of an EEA national.

Mr Lounes’ application was refused on the basis that Ms Ormazabal could no longer rely on her rights as an EEA national since becoming a British citizen and that, therefore, Mr Lounes could not derive a right of residence as her spouse. Indeed, due to his illegal status, he was issued with a ‘notice to a person liable to removal’.

The basis of the refusal was that the Immigration (EEA) (Amendment) Regulations 2012 (2012/1547) (which amended the Immigration (EEA) Regulations 2006) incorporated the ECJ McCarthy decision (C-434/09) which held that an EEA national who had never exercised free movement rights in another member state could not rely on the Directive to enable a TCN spouse a right of residence.

Mr Lounes applied to the High Court (Queen’s Bench) for a judicial review of the refusal, on the basis that his wife had been exercising free movement rights since she moved to the UK from Spain in 1996 and that naturalising as a British citizen should not remove those rights from her. If his wife continued to enjoy the rights associated with her Spanish nationality, then, as her spouse, Mr Lounes claimed he was entitled to enjoy the same rights as derived from hers. The High Court referred the following question to the ECJ for a preliminary ruling:

‘Where a Spanish national and Union citizen:

are she and her spouse both beneficiaries of Directive [2004/38], within the meaning of Article 3(1), whilst she is residing in the United Kingdom, and holding both Spanish nationality and British citizenship?’

In essence, the ECJ agreed with the Advocate General’s opinion in case C-165/16 in concluding that derived rights of residence should continue for TCNs when they continue to live with the EEA national who exercised their freedom of movement in a new member state, even when they have gone on to acquire citizenship of the host member state and retained their original nationality.

As the Directive does not confer a derived right of residence on TCNs following the acquisition of host state nationality by the EEA national, it was necessary for the AG and ECJ to revert to Article 21(1) TFEU to determine whether the rights should be preserved.  Article 21(1) TFEU confers on every citizen of the Union the right to move and reside feely within the territory of the member state, subject to the limitations and conditions laid down in the Treaties.

The ECJ affirms the very nature of the rights conferred by Article 21(1) TFEU, which is to promote and enable integration within a host member state for both EEA nationals and their TCNs.  It is undeniable that the ultimate move for an individual to strengthen integration is to naturalise and become a national of the host state.

It is therefore contradictory, regressive and illogical to halt all Union rights to TCNs when British citizenship is acquired by EEA nationals. There is an instant loss of gradual integration and essentially a complete U-turn within the whole concept.

The ECJ also expressed the importance of ensuring that derived rights are not stricter than those available under the Directive. The benefits should remain unchanged; enabling the promotion of family integration into the host member state.

The judgment means that EEA nationals are free to progress to British citizenship without first weighing up the effect it will have on their TCNs family members. Up until now, EEA nationals were required to consider the complexity and costs related to Appendix FM applications under the far more onerous UK Immigration Rules before making the decision to acquire British citizenship.

The Appendix FM category is specific for family members of British citizens looking to join and remain in the UK. Applicants under this category are subject to a much higher threshold of requirements before residence is granted, including suitability, financial, English language, and maintenance and accommodation. There is also a much higher Government fee incurred to make this application.

Prior to this judgment, TCNs would need to make an application under the UK Immigration Rules once their family member became British in order to stay in the UK. Subsequently, this re-set their period of residence in the UK for the purposes of permanent residence. Once switched from EU derived law into UK immigration law, TCNs then needed to reside for a further 5 consecutive years before being eligible to apply for permanent status in the UK, despite the length of previous residence. The judgment effectively ends this requirement.

The positive impact from this judgment is ‘too little too late’ for many EEA nationals and their family members. Further, the judgment does not help those who acquire nationality in a member state which does not allow dual nationality. It is undeniable that this judgment is a righting of wrongs. However, with UK’s impending exit from the EU in March 2019, the lasting benefits of this judgment are unknown and the overall impact undetermined at this stage. 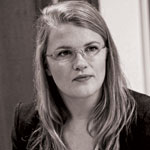 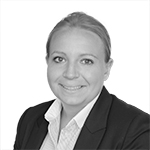