Telecoms giant BT announced in December it is poised to commit £2.7m in investment to create a new legal support hub in Belfast that will house 30 commercial lawyer positions over the next four years. 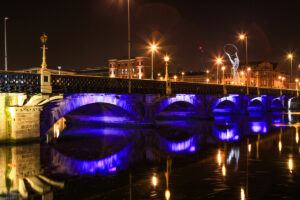 The standalone centre will be the first of its kind for BT in Northern Ireland, with its lawyers being used to provide legal support to colleagues across the wider BT Group. Seven of the 30 commercial lawyer positions are already in place.

Invest NI – the regional economic development agency for Northern Ireland – provided BT with advice on setting up the outpost. Invest NI believes the hub will contribute up to £1.4m in additional annual salaries to the region’s economy. BT Group currently directly employs 2,650 people in Northern Ireland, with a further 579 offered as contractors. 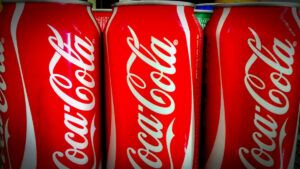 Coca-Cola has unveiled a series of diversity targets for its US advisers and has warned that compliance will be a major factor in selecting its first-ever panel of law firms in 18 months’ time.

In addition, firms that fail to meet targets for new matters – which include that 30% of each of billed associate and partner time will be from diverse attorneys, half of whom are black attorneys – over two quarters will be levied a non-refundable 30% reduction in their fees from then on until they achieve compliance.

The soft drinks giant’s revised guidelines for its US advisers were issued by its general counsel, Bradley Gayton, in a letter dated 28 January, along with a pledge to roll them out globally in due course, stating that the pace of change was too slow as the profession is ‘too quick to celebrate stagnant progress and reward intention’.

The letter continued: ‘As a function, we believe that pursuing diversity is not only the right thing to do, but it’s a business imperative to do so quickly. We know firsthand that a diversity of thought, perspective and experience is critical to drive the best work and outcomes for our company.’

The UK government finalised its post-Brexit trade law panel, with more than 20 international and domestic law firms selected to advise on future deals and disputes.

Now an independent WTO member and responsible for its own litigation before the WTO dispute settlement body, the trade law panel (TLP) will play an important role in advising the government on trade matters.

International firms on the panel include Baker McKenzie, Bryan Cave Leighton Paisner, Dentons, Linklaters (along with Canadian firm Bennett Jones), Sidley Austin and Van Bael & Bellis. Others include consortia, such as Burges Salmon with US firm Arent Fox and TLT alongside McDermott Will & Emery and Canada’s Borden Ladner Gervais.

All change at Centrica and National Grid following reshuffle 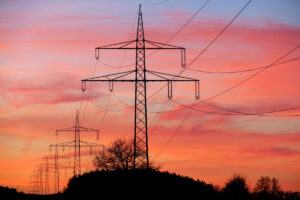 Justine Campbell, the former general counsel and company secretary of Centrica, began her new role as group GC and company secretary at National Grid, replacing Alison Kay, at the start of the year. In an internal reshuffle, Kay has taken on the new role of interim chief strategy and external affairs officer at the energy supply company.

Campbell, who was shortlisted for GC of the Year at the 2020 Legal Business Awards and replaced veteran Centrica GC Grant Dawson in 2019, resigned from the company last summer and was announced as the replacement to Kay, who joined National Grid in 1996, in August.

Meanwhile at Centrica, Campbell’s former colleague Raj Roy was appointed interim GC and company secretary last autumn. Roy joined Centrica in 2014 as the legal director for residential energy, before becoming general counsel for the UK and Ireland in 2017. Prior to joining Centrica, he spent nine years at Vodafone, in a number of senior legal roles and started his career in private practice, qualifying as a solicitor at Slaughter and May in London.