The UK Continental Shelf (UKCS) is a mature oil and gas basin. The collapse in global oil prices from a high of $115 per barrel in June 2014 to a price below $30 a barrel earlier this year has had a severe impact on the basin. Although according to Oil & Gas UK (OGUK) UKCS production actually rose by almost 10% in 2015, revenues fell by 30%.

In addition to paring back new investment, the industry has responded by achieving significant cost reductions. Despite this, OGUK reported in February that at prevailing oil prices over 40% of UKCS oil fields were likely to be operating at a loss in 2016. The fallout is being widely felt with a number of UKCS investors having already become insolvent and many others working hard to restructure their operations and balance sheets in order to remain viable.

Fortuitously, the intense drama currently being played out has occurred against the backdrop of an overhaul of the regulatory regime. When the UK government commissioned Sir Ian Wood in 2013 to understand how economic recovery in the UKCS could be maximised, it recognised that even with oil prices at over $100 per barrel, structural and behavioural reform would be necessary to ensure the longevity of the UK oil and gas industry.

Fast forward to mid-2016 and the new regulator, the Oil and Gas Authority (OGA) has been in place as an executive agency since 1 April 2015, following the recommendation of the Wood Review, and its functions are expected to be transferred to a corporate entity soon. The fundamental objective of the OGA is to implement the strategy recommended by the Wood Review of Maximising Economic Recovery (MER).

Under the MER strategy the central obligation on UKCS licensees, operators and infrastructure owners is to take necessary steps to secure that the maximum value of economically viable petroleum is recovered from the UKCS.

There remains a strong body of opinion that further tax stimulus is needed to back energy investment in the UK.

The Energy Act 2016, enacted in May 2016, will also deliver a range of additional powers to the OGA, such as obtaining access to information held by operators, attending meetings of upstream participants, issuing enforcement notices, imposing financial penalties (up to £1m) for non-compliance and, if required, removing operators and revoking licences. It is not clear how these powers will be exercised in practice. Given the number of North Sea operators, the OGA will need to perform a delicate balancing act.

One of the OGA’s priorities is to reverse the decline in exploration activity in the UKCS – only 26 exploration and appraisal (E&A) wells were drilled in 2015. The OGA has set itself a target of 50 E&A wells by 2021 and has made an additional £20m available to fund new seismic data acquisition this year for release in 2017 to stimulate further exploration.

Another key initiative of the OGA is encouraging collaboration in the upstream industry to reduce costs and increase MER. There are signs that collaboration is being embraced more extensively by UKCS operators. For example, it has been reported that Petrofac, Faroe Petroleum and Eni Hewett have arranged a partnership to share logistics and accommodation services.

These initiatives reflect one of the overriding objectives of the Wood Report, to go beyond adopting a new set of rules and associated sanctions and bring about a fundamental change in behaviour in the UKCS, in which commercial collaboration trumps confrontation. Certainly in our experience the objectives of MER have quickly become a key point of reference and discussion between relevant stakeholders.

However, one potential bar to collaboration remains the risk of breach of competition law. While welcoming the goals set forth by the OGA and providing recommendations on how to reduce competition risk in OGA-sanctioned initiatives, the Competition and Markets Authority has declined the opportunity to foster collaboration by providing specific guidance on this issue. Consequently, each party involved in collaborative ventures must still undertake its own assessment of competition law requirements on a project-by-project basis.

Most of the majors have upstream disposal programmes in place but they have been slow moving. Following the BG and Shell merger, a significant Shell UKCS disposal programme is likely, which will provide the opportunity for some strategic consolidation. However, lack of access to funding could mean these opportunities are not taken up, resulting in new players entering the UKCS.

To encourage continued investment, the UKCS needs a competitive fiscal regime. The OGA has a key role to play in this regard as a bridge between industry and HM Treasury. While the Treasury has already been party to some critical initiatives, there remains a strong body of opinion in the industry that further tax stimulus is needed to incentivise new investment in the UKCS.

The new regulatory regime is now undergoing a severe early test. It is too early to say whether the OGA will be the catalyst for achieving vital efficiency and investment in the UKCS. That said, the new institutional framework is far more robust than its predecessor and the OGA will benefit from the new spirit of collaboration within the industry. 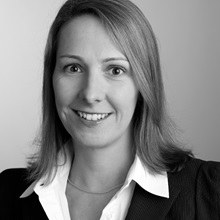 Co-head of the global energy group 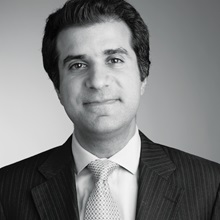