The report, Mapping the Moral Compass, is the second stage of an initiative to assess the ethical approach of and pressures on the in-house profession. Based on 400 responses, the report documents what was already apparent anecdotally: employed lawyers face considerable and specific ethical pressure points. While those tensions are not obviously more severe than in private practice, there is a far less developed framework to manage them.

Alongside a lack of structure regarding ethical and governance matters, the report notes many in-house lawyers downplay the importance of their professional duties – in a good number of cases downplay beyond a reasonable interpretation of those duties.

The researchers separate responding in-house counsel into the four groups mentioned above, based on how they address ethical issues. As you’d expect, the Champions, while in the minority, have high awareness of ethical and professional issues and a willingness to press their concerns. The other three groups come off a lot worse.

The report also notes that in-house lawyers’ tendency to individualise ethical issues rather than attempting to respond through their teams or systematic approaches weakens ethical effectiveness. Given that Western economies are still dealing with the fallout of a banking crisis caused by institutional problems, that should be a red light. As we argue in our cover feature this month, a knee-jerk default to individualism is one of the biggest issues holding back the development of the in-house profession.

Many in-house lawyers downplay their professional duties, some beyond a reasonable interpretation.

Other findings are more pedestrian and, as the research is relying heavily on self-reporting, arguably understate the commercial pressures facing in-house counsel. Close to 50% of respondents report actions were sometimes taken against their advice on legally important matters; 30-40% ‘sometimes’ experienced ethical pressures; 36% agreed that loopholes in the law should be identified to benefit the business. My strong suspicion is that in the real world, the sharp end is a lot sharper than that.

In-house counsel talk about the growing importance of reputational issues. On one level they surely mean that – it has been the inescapable march of tougher regulation, enforcement and transparency in a networked world that has underwritten the meteoric rise of the GC over the last 20 years. But it is not clear that in-house counsel have yet taken that shift to its logical conclusion. The report notes how rare it is for GCs to have formal or informal reporting lines to boards or other non-executive directors. The overwhelming pressure to ‘be commercial’ presents in-house counsel with a tough balancing act.

None of this implies in-house counsel are less ethical than their private practice counterparts. But private practice operates in an environment with more defined roles and expectations and with far more checks on their behaviour. Sharp practice regularly puts law firms in the headlines; dissatisfied clients report them to regulators. That kind of transparency in the main helps to keep you honest.

Without such safeguards, moral relativism – the normalising of questionable behaviour because ‘everyone is doing it’ – typically starts to work its way into industry and institutions, often with terrible consequences down the line.

The hope should be that the in-house profession, still so young, engages with this initiative and leads this discussion to move governance thinking to a point where it reflects the huge and growing role of in-house lawyers in UK plc.

The response of some in-house counsel steers dangerously close to: ‘Don’t worry, you can trust us.’ That approach has not worked in other corporate spheres and it will not work here.

END_OF_DOCUMENT_TOKEN_TO_BE_REPLACED 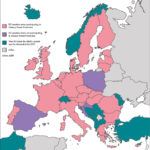 Your company’s patent portfolio and patent strategy in Europe is soon to become either very simple or a little more complex. The Unified Patent Court (UPC) and the Unitary Patent (UP)are both expected to come into being in early 2017 and will co-exist with the current patent system for a transitional period of seven years. …