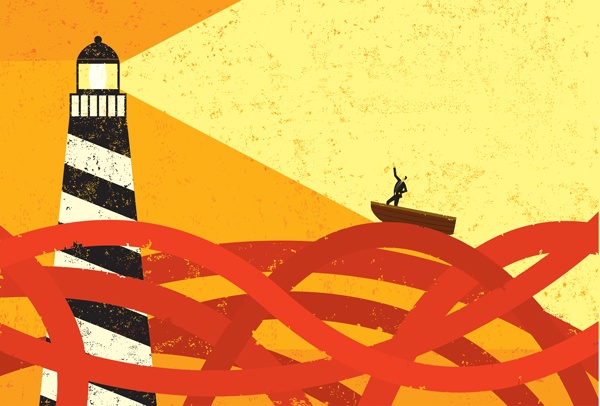 Academic and Thinkers50 honouree Rachel Botsman is focused on trust. Of late, that focus has looked at how technology has shifted our understanding of trust and impacted on both our personal and professional lives. In particular, Botsman is quick to draw a distinction between ‘trust’ and ‘trustworthiness’. The former is generally thought of as a state of mind engendered by the latter. ‘Trustworthiness’, therefore, can be defined as a set of qualities that inspire trust, and is arguably more measurable, because trust can be influenced by emotional factors. There’s a symbiotic relationship between the two, but they do not always follow on from each other; hence we can instinctively trust someone, or feel that someone is trustworthy – without trusting them yet.

Botsman identifies four traits of trustworthiness – competence, reliability, integrity, and benevolence – dividing these into those related to knowledge and competence, and those related to the impetus behind our actions. According to this understanding, she says, lawyers would appear to meet some, but not all, of the criteria for trustworthiness:

‘Lawyers tend to be strong on how they do things – the competence part of skills, knowledge and experience. Where they tend to fall down is on the why side, more around character and notions of caring and integrity – essentially: do their intentions align with their client’s?’

In-house counsel and the trust paradox

In-house counsel occupy an interesting nexus within any business. They need to show loyalty to internal clients, but ultimately they have a duty to also protect the company. In jurisdictions where in-house lawyers are members of the bar, that means a duty as an officer of the court. This delicate balancing act is one of the most interesting and perplexing things about the role – they must be trusted enough for people to confide wrongdoing, even though they might need to betray that trust if it’s a question of illegality.

Ted Lazarus leads the legal team responsible for Google’s display advertising, syndication and analytics businesses. For him, the key trust issue is how to guide his tech clients through the unknown.

‘The business relies upon us to consider increasingly complex technological and commercial transactions, where there are legal issues that are not immediately apparent to a non-lawyer,’ says Lazarus.

‘They look for us to tell them where increasing disclosures are required, where consent from users is needed, and where certain understandings need to be made explicit within a contract.’

Working in a technology company may often feel like flying into uncharted territory, and lawyers often act as a ‘North Star’, guiding away from hidden dangers. For this reason, Lazarus places the in-house lawyer-client contract on the intent end of the trustworthiness spectrum.

‘We should be ethical, pragmatic problem-solvers. There are so many grey areas, particularly where the laws are not fully defined. It can be the case that there are ways to achieve the same goal, it’s just that the means of getting there need to be refined; it’s often not the goals themselves that are wrong,’ he says.

‘That’s really where the trust lies in our role as in-house lawyers: the business trusts us to tell them how to accomplish their goals in a way
that minimises risk and complies with the law.’

At Accenture, the legal team has developed a chat bot, providing guidance on the company’s Code of Business Ethics. Interestingly, a key aim of the bot (referred to as ‘COBE’) is to facilitate greater communication between human colleagues and make them more comfortable in speaking up about possible conduct contraventions – thereby improving both communication and trust, while surfacing potential issues earlier.

‘To ensure our people feel comfortable asking questions, we have made interactions with COBE anonymous. Depending upon the scenario, COBE then guides users to have a conversation with the most appropriate person, for example, depending on the circumstance, our people are guided to raise concerns with HR, Legal, their supervisor or anonymously through our business ethics helpline,’ says deputy general counsel Patrick Rowe.

‘People like to engage in conversation as a way of learning, so we’ve tried to replicate that experience using technology.’

The chat bot provides Accenture’s staff with a human-centered experience – by providing real-time access to the right information and resources.

Botsman is excited by the way that technology can be used to drive business relationships through this foregrounding of the human and personal connection – creating trust in a relationship founded outside the conventional markers of trustworthiness.

She describes how human contact is at the heart of the successful business models of so-called ‘trust economy’ entities like Uber, Alibaba, Airbnb and Etsy, despite the fact that these businesses operate largely in the digital marketplace.

CEO of Alibaba, Jack Ma, emphasises the personal, almost folksy aspects of both his identity and the business offering, as do his sellers. Similarly, platform businesses like Airbnb and Uber traverse the potential for a lack of trustworthiness by establishing a personal relationship between the participants as much as possible, and employ personal reviews and ratings to build trust in a way that the brand alone could never do.

‘The law firm organisational brand is becoming less relevant, as those things are static and, increasingly in the new trust economy, people are looking to continuously verify personal reputation,’ says Botsman. ‘It is interesting to ask: how can you make the reputation of the profession real-time? It’s a real change – social media has brought a sense of constant monitoring; that we really are accountable for how we behave.’

Law firms have always depended on the reputational pull of the rainmaker, but allowing people to be themselves and develop their own personal brand is increasingly impacting on firms’ ability to acquire talent in the first place.

‘You now have a whole generation of lawyers coming through who don’t need to go and join big brand law firms. Now it’s more about: “What company culture is going to allow me to be my authentic personal brand?”’ says Botsman.

Blockchain has the potential to revolutionise transactions and
the documentation around them.

But Lazarus argues that the law firm model has always been aligned to personal rather than organisational brand, although sometimes this gets lost.

‘I think the notion of a partnership, which is what law firms are, is that it’s an aggregation of personal brands. But as law firms have become so large – some firms have more than a thousand lawyers – you forget that it is rooted, as an enterprise, in personal brand,’ says Lazarus.

‘It’s a group of individuals, each of whom is offering services to their clients, but doing so in partnership with one another to take advantage of synergies.’

Trust and disruption – blockchain and beyond

There is much discussion in the legal industry about disruptive innovation. But technology is also disrupting the way we think about emotional issues such as trust and ethical boundaries. Lazarus points to emerging legal issues such as digital ethics, the location and ownership of information, and the regulatory environments that are adapting to oversee these issues as being most disruptive of all because this is where digitalisation and innovation intersect.

For him, the biggest potential source of disruption is blockchain technology. The structure that underwrites cryptocurrencies like bitcoin, blockchain has the potential to revolutionise transactions and the documentation around them. Each block stores a long and seemingly random sequence of letters and numbers known as a hash but also, crucially, contains the hash from the prior block.

‘It’s the promise of authenticated transactions without a relationship of trust between buyer and seller. The challenge of online transactions is authentication, but, in blockchain, as you are seeing the whole transaction chain on both sides, you can authenticate information as accurate,’ says Lazarus.

Due to the huge potential benefits for digital identification and verification, blockchain is seen as a boon for transactions where trust is most central to the endeavour – such as transfer of assets, supply chain certification and smart contracts.

Blockchain will undoubtedly change the way many do business and, by extension, the role of their lawyers as they work to establish its governance. The technology of blockchain, alongside concepts like data analytics, could test the trust between customer and company. It means that for the foreseeable future, lawyers will still be fundamental in helping to create a framework of responsibilities from companies in how technology and trust intersect. Because trust is definitely big business.

In her book, Botsman notes that investment funding in blockchain-related startups has increased globally from an estimated $1.3m in 2012 to more than $1.4bn in 2016. Much of the interest and hype is focused around how decentralised ledgers can create a shared version of a single proof – or a digital truth about the identity of assets. Perhaps what we are seeing is the augmentation of trust. Or, as Botsman explains it, a case of ‘I see what you see… and I know that what I see is what you see.’