The idea of masses of consumers galloping after shares of companies’ profits for anti-competitive behaviour has probably not been one which has been keeping corporate counsel awake at night. But the combination of (1) the new Consumer Rights Act; (2) a mature litigation funding market; and (3) the developing nature of antitrust enforcement, makes for a heady mix, and one which can be expected to lead to a new and very different climate in 2016 for companies playing (either directly or indirectly) to the consumer market. So it is particularly pertinent for the technology, media and telecommunications sector.

But anti-competitive behaviour extends much more widely than that, and can include arrangements or concerted behaviour by competitors, whether or not arising from any agreements or understandings.

Abuse of a dominant market position is also prohibited. In other words, the benefits of a dominant market position come with responsibilities to act fairly towards suppliers, competitors and customers. As a principle that is easy enough to understand. What is more difficult is the question of what exactly a dominant market position means for these purposes, and what conduct might be regarded as unfair and an abuse. As a rule of thumb, companies with as little as 40% or less of market share could be dominant. What is important is their market power within the particular market, and their ability to behave independently of other market participants.
And what amounts to abusive conduct? The list is a long one and is getting longer as the law develops. Obvious examples are unfairly high pricing, predatory pricing (ie low prices to force out competitors), discriminatory pricing (ie pricing according to ‘what the market will bear’), or discounting or loyalty rebates for exclusive supply. But a refusal to supply on reasonable terms can also be abusive. In the TMT sector examples of alleged abuse have included:

Until recently anti-competitive behaviour has led in the main to investigations by the European Commission, or the national competition authorities, using dawn raids and other search powers to obtain the necessary evidence and to impose (sometimes substantial) fines. But both the EU Commission and the national competition authorities are under-resourced, and have therefore tended to limit their involvement to the largest and most serious cases.

For some time the UK and other EU governments have been trying to find ways of encouraging private enforcement of competition laws. The laws are there principally to protect the interests of consumers, but consumers have very rarely been able to obtain any compensation for the harm they suffer. Usually the harm suffered by an individual consumer is very small, particularly in relation to the benefit gained by the perpetrator, which in itself discourages individual or small group actions, let alone the costs and procedural difficulties of bringing complex claims of this sort. So there has been a general move by EU governments towards facilitating private collective actions by large groups of victims. The Consumer Rights Act is the UK’s answer to that need, along with the Damages Directive to be implemented by the UK later this year.

The UK, together with Germany and the Netherlands, is already one of the preferred jurisdictions for competition-related claims. Now, with the Consumer Rights Act, the UK is blazing the trail, ahead of its EU partners, by introducing for the first time the possibility of ‘opt-out’ collective proceedings in the UK courts, or before the Competition Appeal Tribunal.

An opt-out collective action can be brought by a representative of victims of anti-competitive behaviour (not necessarily someone who has actually suffered loss or damage) on behalf of all possible victims within the UK. Although victims can opt-out of the proceedings (if, for example, they wish to bring their own claims), they do not need to take any part in the proceedings at all in order to benefit from them. Victims outside the UK can also opt-in if they wish to join. A total award of damages can then be made to all victims without having to undertake an assessment of each victim’s claim.

This is similar (but with some important differences) to class actions in the US, and has understandably given rise to fears of US-style litigation crossing the Atlantic and taking root.

The new regime gives real opportunities for litigation funders and hedge funds who invest in litigation. The total damages award for all potential victims of anti-competitive behaviour could be very significant indeed. The funders themselves, or special litigation vehicles established for the purpose, could act as representative persons in an opt-out collective action in return for a cut of the proceeds. They might have (unlike the European and national competition authorities) the resources, the time and the incentives to investigate and pursue anti-competitive behaviour where profits might be made. Given the broad scope of what might amount to anti-competitive behaviour, companies in any sector whose ultimate customers are consumers and who are making healthy profits may need to watch out.

Perhaps it’s not surprising that recent surveys of corporate counsel have therefore listed antitrust and competition claims as among the claims they expect to be most likely to have to face in 2016. Although the masses are perhaps not yet galloping, they are at least assembling their forces on the horizon and getting ready to attack. And will this change if Britain votes to leave the EU in June? Probably not, but that’s a topic for a whole new article. 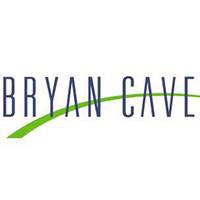 Navigating the minefield of data export

European businesses have always needed to tread carefully in relation to exporting personal data outside the European Economic Area (EEA). This has never been more true than recently when data export became the biggest issue in data protection. The cat was set among the pigeons in October 2015 when the European Court of Justice (ECJ)invalidated …

END_OF_DOCUMENT_TOKEN_TO_BE_REPLACED

When a business has a dispute, it is important for it to properly evaluate its options in terms in how best to resolve the matter on a commercial basis. This should involve a review of any relevant contract(s) giving rise to the issues in dispute for any applicable choice of law and jurisdiction provisions, as …

END_OF_DOCUMENT_TOKEN_TO_BE_REPLACED

The rise of third-party funding: turning potential claims into a profit centre

Damages litigation in a commercial context is often viewed as a distinctly double-edged sword: your company may have been harmed and may have lost significant money or opportunity but the cost of recovering these, the time involved and the exposure in potentially not succeeding often lands such potential claims in the distant corners of the …