European businesses have always needed to tread carefully in relation to exporting personal data outside the European Economic Area (EEA). This has never been more true than recently when data export became the biggest issue in data protection.

The cat was set among the pigeons in October 2015 when the European Court of Justice (ECJ)invalidated the export of personal data to the US via safe harbour and has been shrouded in uncertainty ever since. The Commission’s new deal on ‘safer harbour’ with the privacy shield has not provided the certainty hoped for and many businesses and lawyers are left scratching their heads as to what they can now do and not do.

Free movement of goods underpins the operation of the EU and means that, provided the requirements on fair and lawful use are met, personal data can be exported throughout the EEA without formality. This is not the case in relation to exporting personal data outside the EEA. Unless the country is on the list of those which the Commission considers provide adequate protection for personal data (which is not a long list), the EU Data Protection Directive (95/46/EC) and the Data Protection Act 1998 set out some fairly prescriptive hoops which businesses have to jump through to legitimise their data export.

The most common ways used to export personal data outside the EEA under this legislation are:

The big development in this area has arisen as a result of action taken by an Austrian law student, Max Schrems, in relation to the inadequacies of safe harbour.

The safe harbour scheme was used by a large number of businesses to export data to the US. It meant that even the smallest businesses could, for example, take advantage of cloud solutions or outsource their backroom services without having to jump through expensive legalistic hoops such as putting in place the model clauses or getting consent from each person affected.

Safe harbour was never popular with privacy campaigners, however, as the fact that it was a self-certification scheme meant that there had long been concerns over the lack of oversight and redress. Many didn’t think that it gave meaningful protection to individuals whose data was exported under it and there had even been calls for it to be suspended by the European Parliament in March 2014. Negotiations were therefore already on-going to come up with ‘safer harbour’ when Mr Schrems brought his case.

Why was safe harbour challenged?

The case was brought by privacy campaigner Max Schrems following the Snowden revelations. Mr Schrems had a Facebook account with the European arm of Facebook, headquartered in Ireland. Facebook shared data with its US counterpart and Schrems objected as he was concerned that US security services would get access to his personal data. He requested that the Irish Data Protection Commission audit material that Facebook might be passing on. The Commission declined to do this because it declared itself satisfied that safe harbour ensured ‘an adequate level of data protection’.

Schrems argued, however, that since Facebook data was subject to mass surveillance by US intelligence agencies, safe harbour did not offer an adequate level of protection for his personal data. Both the Advocate General and the ECJ agreed and safe harbour was invalidated with immediate effect by the ECJ in October 2015.

As discussed above, there are other options for ensuring compliant data export. Model clauses and binding corporate rules were not invalidated by the ECJ and are currently still valid transfer options in relation to the US.

It should, however, be remembered that while they are still technically available, they are likely to be susceptible to similar arguments as those made in the Schrems case. How, for example, do contractual clauses between two businesses offer individuals protection against mass security surveillance? Logically the position is no different to safe harbour.

These additional options may not therefore provide long-term protection, particularly as privacy campaigners have indicated that they have them in their sights and they are currently being assessed by the Commission.

While the EU and the US have been in negotiations for some time in relation to an updated safe harbour system, the discussions got a new imperative following the Schrems decision and were expedited. On 2 February 2016 the European Commission announced a new framework to replace safe harbour, namely, the EU-US Privacy Shield. The legal texts that constitute the EU-US Privacy Shield were released on 29 February accompanied by the Commission’s draft ‘adequacy decision’. The Commission have concluded that data transferred under the Privacy Shield does ensure an adequate level of protection.

The Privacy Shield is not yet in effect. The Article 29 Working Party is conducting a review of the agreement and will give their opinion (which is expected in spring) before it can be formally adopted by the Commission.

In the meantime, the US is expected to make the necessary preparations to put in place the new framework.

As a result, we would suggest that businesses wait until the Privacy Shield has been confirmed before relying on it. Even then, privacy campaigners have been quick to point out its inadequacies and so there is still a risk that if it goes in front of the ECJ, it won’t stand up and we could be back to where we were in October.

Fortunately, in view of the uncertainty the Information Commissioner’s Office has commented that they are not rushing to use their enforcement powers as there is no new and immediate threat to personal data. This approach will not necessarily be followed throughout Europe and other data protection authorities may take a different approach.

We are currently in the midst of a complete overhaul of data protection laws via the long awaited General Data Protection Regulation (GDPR). The GDPR will be directly applicable in all member states without the need for implementing national legislation and will replace the outdated patchwork of national rules. While it means big changes in certain areas, which include potential sanctions of up to €20m or 4% of global annual turnover for breaches as well as extra-territorial effect to catch data controllers and processors not established in the EU, the position on data export is broadly similar to what we already have.

The GDPR is therefore unlikely to cut through the uncertainty in relation to data export to the US. Also it will be over two years before it is in force.

What should you do?

Even though there is a question mark over whether the model clauses and binding corporate rules will be the next in line to be invalidated by the ECJ, they are still currently available to transfer data to the US and pending the formal adoption of the EU-US Privacy Shield, probably the best bet to legalise export of personal data to the US. 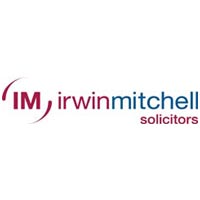 Irwin Mitchell in The Legal 500

The idea of masses of consumers galloping after shares of companies’ profits for anti-competitive behaviour has probably not been one which has been keeping corporate counsel awake at night. But the combination of (1) the new Consumer Rights Act; (2) a mature litigation funding market; and (3) the developing nature of antitrust enforcement, makes for …

END_OF_DOCUMENT_TOKEN_TO_BE_REPLACED

When a business has a dispute, it is important for it to properly evaluate its options in terms in how best to resolve the matter on a commercial basis. This should involve a review of any relevant contract(s) giving rise to the issues in dispute for any applicable choice of law and jurisdiction provisions, as …

END_OF_DOCUMENT_TOKEN_TO_BE_REPLACED

The rise of third-party funding: turning potential claims into a profit centre

Damages litigation in a commercial context is often viewed as a distinctly double-edged sword: your company may have been harmed and may have lost significant money or opportunity but the cost of recovering these, the time involved and the exposure in potentially not succeeding often lands such potential claims in the distant corners of the …