Since late August 2018, against a backdrop of growing concern over the prospects for the Brexit negotiations as the clock ticks down, the UK has published batches of ‘Technical Notices’1 on the steps it is taking, and what steps organisations and individuals should consider taking, to prepare for the possibility of a ‘no deal’ Brexit. This article assesses the risk of ‘no deal’, when it will be clear whether it will materialise and what steps companies should consider taking to prepare.

What does ‘no deal’ mean?

In this article, we use the term to describe a position where no Withdrawal Agreement applies at the time of the UK’s departure from the EU and, as a result, the UK immediately becomes a ‘third country’ (ie, a non-EU member state) without a transition period.

How serious is the risk of ‘No Deal’?

In our view, this remains unlikely. The economic and political costs – made clearer by the notices – would likely be too high for the UK and other EU governments to accept. In particular:

Some 80% of the Withdrawal Agreement – which would establish a transition period effectively continuing the status quo for businesses until the end of 2020 – has already been agreed between negotiators. The pace of the negotiations has been stepped up and is now described as ‘continuous’ and both sides continue to assert confidence in the prospect of achieving a deal.

The preeminent outstanding issue is avoiding a hard border in Ireland. Other substantial outstanding issues include the status of Gibraltar, security co-operation, and the role of the European Court of Justice. Ireland is most pressing because the UK has already agreed that in the absence of a ‘new arrangement’, the status quo will continue being applied to Northern Ireland in order to avoid a hard border.

The ‘Chequers Proposal’2 represents the UK government’s longer term proposal for resolving the key issues including Ireland, but it faces serious challenges from all sides. However, subject to finding a legally-binding solution for Ireland, reaching agreement on most other issues relating to the long-term UK/EU relationship could in principle be addressed at this stage in only an aspirational political declaration. The main arguments over the future relationship – essentially still a choice between the Canadian (free trade agreement) model and the Norwegian (EEA) model – would remain to be resolved after Brexit.

But despite these serious challenges, the costs of ‘no deal’ remain likely to prove too high for all concerned. The likelihood is that a deal will be reached that addresses Northern Ireland but leaves other aspects of the future relationship open for negotiation – and therefore an extended period of uncertainty – during the transition period, intended to be concluded at the end of 2020 (but likely in practice to take considerably longer).

When will it be clear if there will be a deal?

If agreement can be reached between the UK and EU negotiators, three bodies must approve the deal before it is adopted: the European Council; the UK Parliament; and the European Parliament.

Approval by the Council (ie, the member state governments) requires a qualified majority of the remaining EU member states (ie, at least 20 of the 27 and representing at least 65% of their combined population). The timetable currently looks as follows:

The ‘consent’ of the European Parliament (but not the parliaments of the 27 member states) is needed for the Withdrawal Agreement to bind the EU – consent is achieved if a simple majority of MEPs support it. Since the European Parliament has aimed to ensure that its views have been taken into account by the EU negotiators, it appears unlikely that it would ultimately block a deal, though its consent cannot be taken for granted.

Until these three processes have been completed, a no deal exit at 11pm GMT (12 midnight CET) on 29 March 2019 will remain a possibility. But the deadline could be extended if the UK and the European Council (acting unanimously) decide to do so. While all sides want to avoid this, it may be seen as preferable to a no-deal exit, at least to allow more time for a deal to be reached.

What steps should businesses be taking now?

Given the high degree of uncertainty over the shape of Brexit and the costs of contingency plans, many businesses have taken a ‘wait and see’ approach. But businesses would be well-advised to prepare for all eventualities, including ‘no deal’, until they can be certain of the outcome of the negotiations. With that in mind, both the UK and the EU have issued various notes on the detailed implications of Brexit.3

Purpose of the UK notices

The government’s guidance4 states that its aim is ‘to ensure the smooth operations of business, infrastructure and public services and to minimise any disruption to the economy.’ In a number of areas, the government would act unilaterally to provide continuity for a temporary period. The notices appear to be aimed, in part, at pressing the EU to reciprocate – which the EU has so far given no indication that it is prepared to do. But the notices also implicitly highlight the serious risks in the event of a combination of ‘no deal’ and no mitigations by the EU.

The notices are intended only as guidance ‘to allow businesses and citizens to understand what they would need to do in a “no deal” scenario, so they can make informed plans and preparations’. Businesses are invited to review their own contingency plans and consider whether they need separate professional advice to identify and make appropriate specific preparations.

To highlight five key areas that are addressed in the notices:

Although ostensibly intended to reassure businesses that the government has planning well in-hand, the notices highlight the significant negative impact of ‘no deal’ despite the UK’s unilateral mitigations and particularly if the EU fails to reciprocate. While the scale of the impact would appear to render it highly unlikely that the UK or other EU governments would be prepared to oversee such an outcome, businesses should nonetheless consider how severely their operations would be affected and, in the light of that analysis, take decisions on what actions are and are not justified by the risks.

To assist businesses in making this analysis, we have developed a free online questionnaire to enable companies to obtain a rapid, practical overview of their risks particularly in the event of ‘no deal’: this is available here: extranet.dechert.com/Brexit. 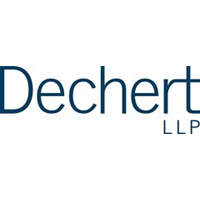 Dechert in The Legal 500

END_OF_DOCUMENT_TOKEN_TO_BE_REPLACED

Leading a global legal team is a complex role and many general counsel could be forgiven for spending all their energy just trying to get the job done. Not so at Michelin. Despite overseeing a legal community of 200 members, comprising lawyers, patent engineers, paralegals and admin staff, spread across 20 countries, group GC Benoit …