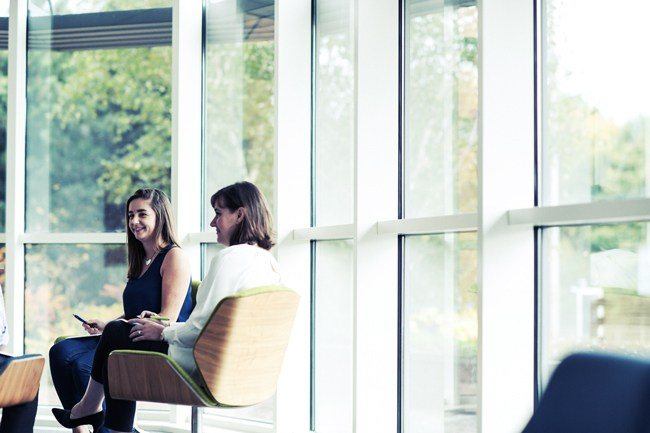 The increasing popularity of online shopping has resulted in a decline of footfall on the high street and rising business rates, wages and pension costs have resulted in a tough trading environment. With well-known retailers such as Toys R Us, Prezzo, Carpetright, New Look, Mothercare, House of Fraser and recently Homebase all announcing restructuring plans, there is uncertainty surrounding the future of the high street retail sector. Ashfords discusses what options are open to struggling retail businesses.

2018 has seen a rise in company voluntary arrangements (CVAs) and administrations, following a significant decline in the retail performance over the last couple of years. British Retail Consortium has reported a fall of 8.6% in footfall on the high street in 2017. Generally, retail businesses favour CVAs over entering administration, this tends to be for a number of reasons that include:

But are CVAs really the best approach for the retail sector? The recent House of Fraser issues have highlighted some of the negative impact on the wider retail sector. House of Fraser had a CVA approved in June this year which involved the closure of 31 of its 59 stores across the UK and Ireland. Under the arrangement, stores scheduled for closure would remain open until early in 2019.

For retail businesses, there is growing pressure to adapt to a changing climate. It is always advisable to seek advice at the earliest opportunity.

A group of House of Fraser’s landlords filed a legal challenge against the CVA in the Scottish courts, claiming that they were ‘unfairly prejudiced’. The legal challenge brought by the landlords highlights the problems with the increasing use of CVAs amongst retail businesses, with landlords often being left significantly out of pocket. The House of Fraser landlord’s representatives said ‘CVAs were designed as a means to rescue a business, not simply a tool to shed undesirable leases for the benefit of equity shareholders… applying a 75 per cent arbitrary discount to the value of landlords’ claims is not the market norm and has no basis in law’.

High street retail businesses are often tied into lengthy leases, frequently with upwards-only rent reviews. The CVAs proposed by high street retailers tend to suggest a reduced rent for occupying the premises and may also include deferring rent payment dates or amending covenants. CVAs require at least 75% of those creditors who vote, voting by value, to agree to the CVA in order for it to be approved and implemented. Landlords can only vote on the CVA proposal based upon one year’s rent and if the CVA is approved, it will bind all creditors, including landlords, regardless of whether they voted in favour or against the CVA or simply abstaining. If the CVA is rejected the business will inevitably fail leaving the landlord with empty premises and no rental income. In the current climate, finding a replacement tenant can be difficult and the landlord may have to pay business rates in the meantime.

Pre pack sales are often seen as a controversial rescue regime. Creditors have little say, if any, and are often not aware of the administration until days after the sale has concluded. With the sale of the business often being back to the existing management, it is commonly viewed as a way for businesses to write off debts and simply start again with a clean slate. As well as leaving supplier debts behind, employees’ pension schemes are often not taken on by the purchasing entity, leaving the pension schemes to be picked up by the pension protection funds which often results in significant reductions to pension payments.

However, pre pack sales can have some advantages:

Given the controversial nature of pre pack administrations, especially back to the same management, in 2015 the government introduced a pre pack pool online portal. The intention was that pre pack proposals could be reviewed by independent assessors who would determine whether the proposals were reasonable or not. The pool was not compulsory and there was a fee to use it, which ultimately resulted in a lack of use of the portal.

With the increase in high-profile retail administrations and pre pack sales, the government is facing increasing pressure to address concerns over the abuse of pre pack sales, particularly where the sale of the business is back to the same management.

Last week, the government announced plans to scrutinise pre pack sales far more closely and potentially disqualify or impose fines on directors who leave behind their employee pension, payroll and creditor obligations as part of pre pack administration sales, commonly referred to as ‘phoenix’ entities. The plans are to be set out in further detail in Autumn 2018 as part of the government’s response to a consultation on corporate governance and insolvency.

For retail businesses, there is growing pressure to adapt to a changing climate. Although there are insolvency and rescue options available, it is always advisable to seek advice at the earliest opportunity to minimise the risk of becoming the next retailer, landlord or supplier to fall victim to an insolvency process.

Ashfords is a leading national provider of legal, professional and regulatory services. We combine legal expertise, commercial experience and our wider network to help our clients achieve their goals, providing value for time and value for money. Our experts possess specific industry knowledge which can help in-house lawyers in the retail sector.

Ashfords LLP in The Legal 500

END_OF_DOCUMENT_TOKEN_TO_BE_REPLACED

Leading a global legal team is a complex role and many general counsel could be forgiven for spending all their energy just trying to get the job done. Not so at Michelin. Despite overseeing a legal community of 200 members, comprising lawyers, patent engineers, paralegals and admin staff, spread across 20 countries, group GC Benoit …