The Covid-19 pandemic brought significant disruptions to all aspects of life. No economy was immune to the unprecedented situation and all active businesses had to adapt their operation to the circumstances.

The Croatian government launched three packages of measures to aid the struggling economy and preserve employment, which was immediately identified as one of the main goals. However, despite the measures a substantial increase in unemployment was noted.

The government measures pertained to different sectors, but employment measures were key, along with tax and financial relief measures.

Three types of support for preserving employment were made available:

The first and most widely used measure is a salary subsidy in the amount of HRK 3.250 (the minimum wage in Croatia, approx. €430) per employee for March and HRK 4.000 (approx. €530) for April and May. This measure was available to all business owners (companies, trades and independent professions) who recorded a 20% decrease in revenue compared to the respective month in 2019, under the condition that they keep the same number of employees.

The last set of measures extended the availability of subsidised salaries to June, July and August, however with limitation to only four sectors, tourism, hospitality, passenger transport and the event industry. Applicants must prove the 50% or more fall in revenue and their applications will be reviewed on a monthly basis.

The measure is primarily intended for micro and small enterprises. Large and medium companies (employing more than 50 persons) utilising the measure are not allowed to pay out dividends or profit before 31 December 2021.

A comprehensive analysis of the use of measures is currently available only for March, when approximately 84,000 employees received support for their 485,000 employees in the total amount of HRK 1.5bn (approx. €204m). The projected cost for the whole three months could amount to HRK 9bn (approx. €1.18m). To cover these costs and support the economy Croatia will receive funds from the European Union, around €10bn, of which €7.3bn was non-refundable and €2.65bn was in favourable loans, the Croatian Prime Minister announced.

The measures were introduced through amendments to different acts, regulations and bylaws. However, the Croatian Labour Law Act still remains unamended and during the special circumstances all its provisions still apply.

Repercussions of the COVID-19 crisis on the employment sector

Detailed analyses will probably be available in the future, but the increase in the number of unemployed persons in Croatia during and following the lockdown period is already evident. 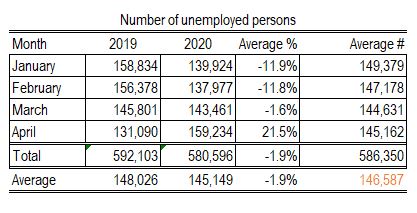 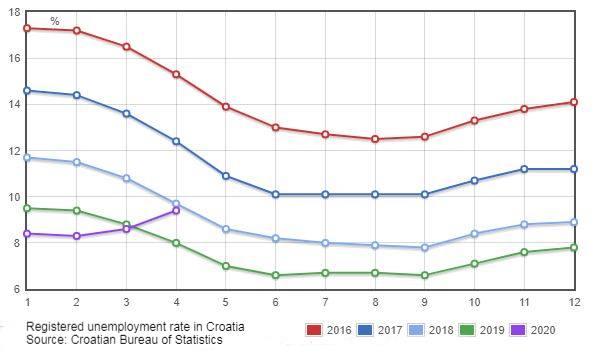 Croatia has suffered from high levels of unemployment for years, however the rate has been steadily decreasing in the last few years. In January 2016 it was 17.3%, which dropped to 8.4% in January 2020. Normally, the rate is at its lowest in the summer months because of a large number of people working seasonal jobs in the tourism sector (tourism accounts for almost 20% of the country’s BDP, one of the highest ratios in Europe).

Recent statistics show that this year unemployment started to rise in April, when it normally starts to decrease. In March 2020 the unemployment rate was 8.6%, almost the same as in March 2019 (8.8%), but then it rose to 9.4% in April 2020 while in April 2019 it was 8%. The current number of unemployed persons in Croatia (April 2020) is 159,234, which 15,773 more than in March and 21,257 more than in February, which means that around 20,000 people lost their jobs during the Covid-19 crisis. It should be noted that these months are all covered by government measures for preserving employment and the numbers would otherwise probably be graver.

Lawful termination of contracts during Covid-19

Employers who used the government measures for preserving employment are obliged to maintain the same number of employees for the measures’ duration. In those circumstances, an employment relationship may cease when a fixed-term contract expires, by mutual agreement, due to a dismissal on personal grounds, a dismissal based on a worker’s misconduct, or due to retirement.

An employer who is not receiving the state subsidy for employee salaries may give a regular notice of termination to a worker. Pursuant to the Croatian Labour Law Act, a business-conditioned termination includes economic, technological and organisational reasons. Employees are then entitled to a notice period, severance pay and annual leave. The condition for utilising government measures is that no employment contract is terminated before 31 May. However, the employer may still give a notice of termination before that date if the notice period ends later on, for example in June.

Negotiations between the government-appointed committee and union representatives affecting 250.000 employees in the public sector began in May. It was feared that the government might unilaterally terminate collective agreements, for which they are given the option under certain provisions. ‘A material change in circumstances’ might be grounds for termination and a global crisis caused by a pandemic could be considered to constitute a material change. However, the negotiations were successful and annexes to collective agreements for public services and state employees and staff were signed in late May/early June.

The employment relationship during the Covid-19 crisis was put to the test as employers struggled to save their businesses and employees. Many issues were raised in navigating the legal landscape in the context of a global pandemic. Even though Croatia currently enjoys a very favourable epidemiologic situation, the economic repercussions will be felt for a long time, which will surely lead to regulatory changes and possibly more government actions. 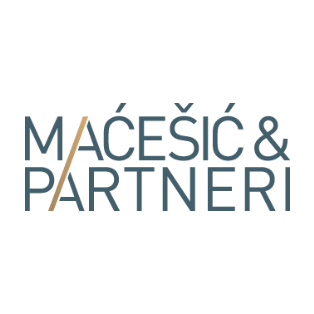 Macesic & Partners in The Legal 500 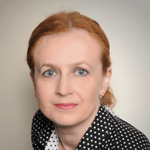