In the 20+ years I have been living and working in the Turks and Caicos Islands, I have always been amused by the reaction of international clients and attorneys when I tell them there is no single statute of limitations in the Turks and Caicos Islands, meaning that most civil/commercial causes of action justiciable before the Magistrate’s Court and/or Supreme Court were not susceptible to being time-barred (there are a few limitation periods contained in various statutes but outside the area of trusts, these generally have no effect on civil or commercial actions). The reaction is almost universally the same: one of incredulity and disbelief. Well no more!

On 12 October 2021, the Limitation of Action Ordinance (the Ordinance) came into force.

Parts II to V of the Ordinance give the ordinary time limits for bringing actions of various classes, including for the following common causes of action.

There is then an overriding limitation for negligence actions (not involving personal injury) that provides that no action can be brought after the expiry of 15 years from the date the act or omission occurred.

The ordinary time limits are subject to extension or exclusion in accordance with Part VI; for example, in cases of disability, fraud, concealment or mistake.

The Ordinance applies to arbitrations just as it applies to actions in the Supreme Court.

Certain transitional provisions have been included that provide that nothing in the Ordinance:

As one might expect, the burden is on a defendant to a claim to raise limitation as a defence. There is no automatic bar on recovery. Parties may agree to vary or exclude limitation periods.

Traditionally, the legal system in the Turks and Caicos Islands did very little, if anything, to promote alternative dispute resolution, though there was no bar to it other than a lack of qualified, independent mediators and arbitrators.

Parties may be referred to mediation by the Registrar, Magistrate or a Judge. In making a referral, the following matters may be considered:

Suitably qualified mediators may apply to the Registrar of the Supreme Court for appointment as court-connected mediators by the Mediation Committee. In order to be considered for placement on the roster, applicants need to provide evidence:

Mediators whose training and certification was obtained in another jurisdiction may apply to the Chief Justice for inclusion in the roster. The Chief Justice shall refer the application to the Mediation Committee with her advice.

Mediators are bound by a Code of Conduct set out in the First Schedule to the Mediation Rules and must be wholly independent and impartial.

Any party to the proceedings may request a referral after the filing and service of the claim/defence, as the case may be, and the Registrar may make a referral order to send the file to the ADR Administrator.

A Registrar’s Referral Order will be made before the file is first placed before the Magistrate/Judge.

Even absent a request for a referral by either party, the Registrar/Clerk of Court must invite the parties to a pre-proceedings case management meeting to discuss the possibility of the dispute being resolved through mediation.

Referral by the Court

Where proceedings have been commenced, a Judge or Magistrate may, in performing case management, introduce the suitability of mediation for that case, and shall secure the consent of the parties to refer the matter to mediation. This may be at any stage of the proceedings where the Court is of the view that mediation would facilitate the resolution of the dispute by the parties.

Where one party desires to submit a dispute to mediation and the other party unreasonably refuses mediation, the Magistrate or Judge may take that party’s refusal into account when making a costs order in the proceedings.

Once the Referral Order is made, the mediation session must be held within 21 days and, although sessions can be adjourned from time to time as necessary, under no circumstances must any mediation exceed 60 days.

Where no settlement is reached, an order will be made for the action to take its normal course.

Parties who require the resolution of a dispute, but do not wish to file papers before the court, may access the Court-Aided Mediation services for a fee. Such parties will have access to the roster of mediators and the services of the ADR Administrator.

The Mediation Rules provide for the establishment of a Mediation Committee by the Chief Justice comprised of the following persons:

The Mediation Committee is responsible for compiling the roster of mediators (including assessing applications for entry on to the roster by suitable candidates) and for monitoring the observance of the Code of Conduct and implementing the Disciplinary Rules. The Mediation Committee will report to the Chief Justice. The ADR Administrator is an official appointed by the Chief Justice to be responsible for the management of court-connected mediation and who manages the roster of mediators.

This is not the end of steps being taken by the Turks and Caicos Islands judiciary to bring the legal system into the 21st century. New Civil Rules are in the process of being drafted, steps are being taken to introduce a system of electronic filing and it is hoped that something will be done to update the Arbitration Ordinance, which currently reflects the position in England and Wales as the law stood in 1938. 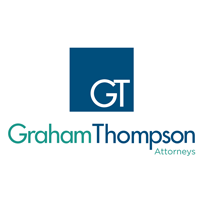 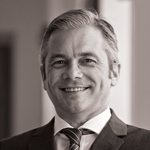 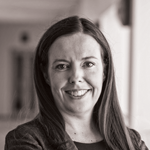